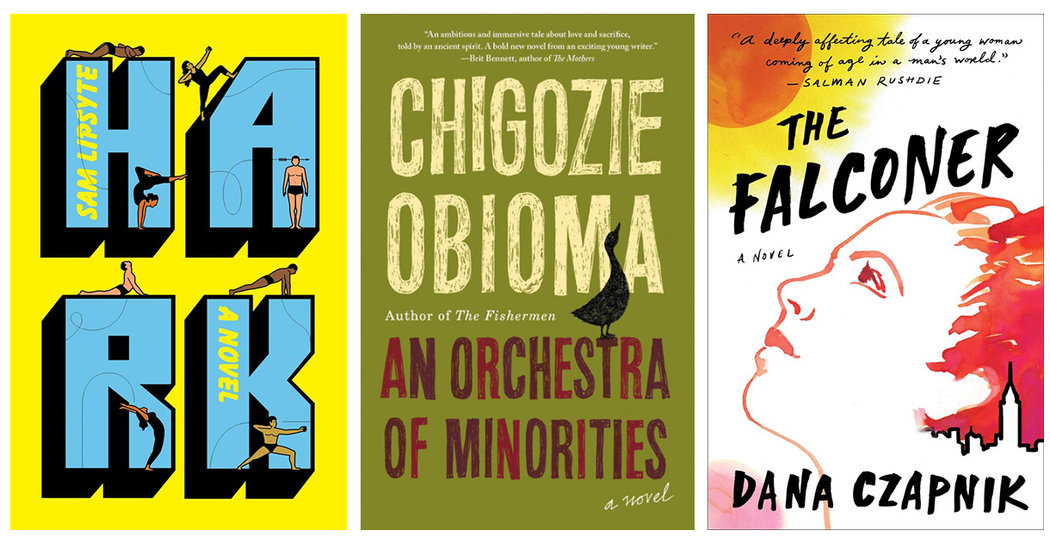 One of our recommended titles this week — “Aristotle’s Way,” by Edith Hall — posits that the path to happiness lies through moderation in all things. We like to think that Aristotle would have made an exception for reading. Here, then, are 10 books for our fellow obsessives, from an expansive Native American history to a slim novel about a son’s suicide to a memoir of obesity and weight loss, and more. Live moderately, read excessively.

THE ELEPHANT IN THE ROOM: One Fat Man’s Quest to Get Smaller in a Growing America, by Tommy Tomlinson. (Simon & Schuster, $27.) A few years ago, Tomlinson topped out at 460 pounds. He was the biggest person, he writes, that most people who knew him had ever met. “The Elephant in the Room” runs on two tracks. In the first, Tomlinson tells us, in something like real time, about the year he tried to lose weight. The second track is an affecting memoir. “I loved this book,” our critic Dwight Garner writes. “His clean and witty and punchy sentences, his smarts and his middle-class sensibility made me yearn for the kind of down-to-earth columnist I often read in the 1980s and 1990s but barely seems to exist any longer.”

THE WORLD ACCORDING TO FANNIE DAVIS: My Mother’s Life in the Detroit Numbers, by Bridgett M. Davis. (Little, Brown, $28.) Davis’s memoir honors her remarkable mother, who made a good life for her family in the ’60s and ’70s by running an underground numbers gambling operation out of her Detroit home. Fannie wanted her family to make full use of the opportunities that her profits made possible, but the source of those profits had to stay hidden. This book is “a daughter’s gesture of loving defiance, an act of reclamation, an absorbing portrait of her mother in full,” our critic Jennifer Szalai writes.

WHERE REASONS END, by Yiyun Li. (Random House, $25.) In the months after her 16-year-old son killed himself in 2017, Li began writing this new novel. It imagines a dialogue between a mother and her teenage son after he has been lost to suicide. “At first glance, this book seems constructed of very cerebral debates between mother and son,” our critic Parul Sehgal writes. “But the arguments in the novel never build. They eddy. As the title alerts us, this book takes place in a territory beyond reason, in all its connotations — beyond explanation or understanding.”

THE HEARTBEAT OF WOUNDED KNEE: Native America From 1890 to the Present, by David Treuer. (Riverhead, $28.) This response to Dee Brown’s “Bury My Heart at Wounded Knee” highlights the numerous achievements of Native Americans over the past century, and celebrates their resilience and adaptability in the face of prejudice, violence and the many other obstacles placed in their way. “Rarely has a single volume in Native American history attempted such comprehensiveness,” Ned Blackhawk writes in his review. “The result is an informed, moving and kaleidoscopic portrait.”

HARK, by Sam Lipsyte. (Simon & Schuster, $27.) The attraction and repulsion between a would-be messiah and his apostle anchors this madcap skewering of contemporary culture packed with fake gurus, cheating spouses, junk-food obsessions and yoga. “Lipsyte’s point,” according to our reviewer, Josh Tyrangiel, is that “modern life is so grim, people will bend far below the limbo bar of logic in search of some peace.”

INHERITANCE: A Memoir of Genealogy, Paternity, and Love, by Dani Shapiro. (Knopf, $24.95.) A DNA test submitted on a whim upends Shapiro’s assumptions about her family history and forms the basis for her new book, a searching exploration of the power of blood ties to shape our sense of who we are. “The true drama of ‘Inheritance’ is not Shapiro’s discovery,” Ruth Franklin writes in her review, “but the meaning she makes of it.” The book, she adds, “is beautifully written and deeply moving — it brought me to tears more than once.”

AN ORCHESTRA OF MINORITIES, by Chigozie Obioma. (Little, Brown, $28.) A sweeping epic centered on a fraught romance between a humble poultry farmer and the daughter of a prosperous chief, Obioma’s new novel travels from rural Nigeria to Cyprus and to the cosmic domain of the Igbo guardian spirit who watches over and recounts the proceedings. “The ‘orchestra of minorities’ refers to the crying of birds mourning the slaughtered among them,” Esi Edugyan explains in her review. “It extends, symbolically, to the broader human community of the poor, the dispirited, the silenced, the plundered — those whose spirits have been savaged, those who have been stripped of all dignity, those who risk everything or make impossible journeys to better their lives. It’s a story as old as the epic, but, sadly, an all too modern one.”

ARISTOTLE’S WAY: How Ancient Wisdom Can Change Your Life, by Edith Hall. (Penguin Press, $27.) Aristotle was concerned with how to achieve a virtuous, happy life. Hall sees his answer as a source of great comfort, his most important insight being that people need to find their own purpose and search out a middle way — “nothing in excess,” the philosopher said. Reviewing Hall’s book, John Kaag praises her “tight yet modest prose” as well as her thesis: “In our culture, virtuous moderation and prudence rarely sell but, taking her cues from Aristotle, Hall offers a set of reasons to explain why they should.”

THE FALCONER, by Dana Czapnik. (Atria, $25.) In this electric debut novel, 17-year-old Lucy’s coming-of-age is powerfully shaped by her encounters with basketball and New York City itself, even as she constantly brushes up against the constrictions society places on her sex. Our reviewer, Chloe Malle, sees comparisons to “The Catcher in the Rye” and “A Tree Grows in Brooklyn,” but concludes that the young heroine is “too carefully drawn to be equated with anyone else. Lucy’s fierce first-person point of view is as confident and fearless as she is on the court; she narrates her story with the immediacy and sharpness of a sports commentator, mixed with the pathos and wisdom of a perceptive adolescent.”

IN MY MIND’S EYE: A Thought Diary, by Jan Morris. (Liveright, $24.95.) The beloved nonagenarian writer shares a year of observations — of herself and of the changes she’s observed. Alexander McCall Smith’s review calls it “a lovely book, halfway between a diary and a volume of brief essays, a book that has a gentle, haunting tone. It will remind us of what a good, wise and witty companion Jan Morris has been for so many readers for so long.”