Harry Potter and the 56 anniversary editions: endless tie-ins are diluting the magic 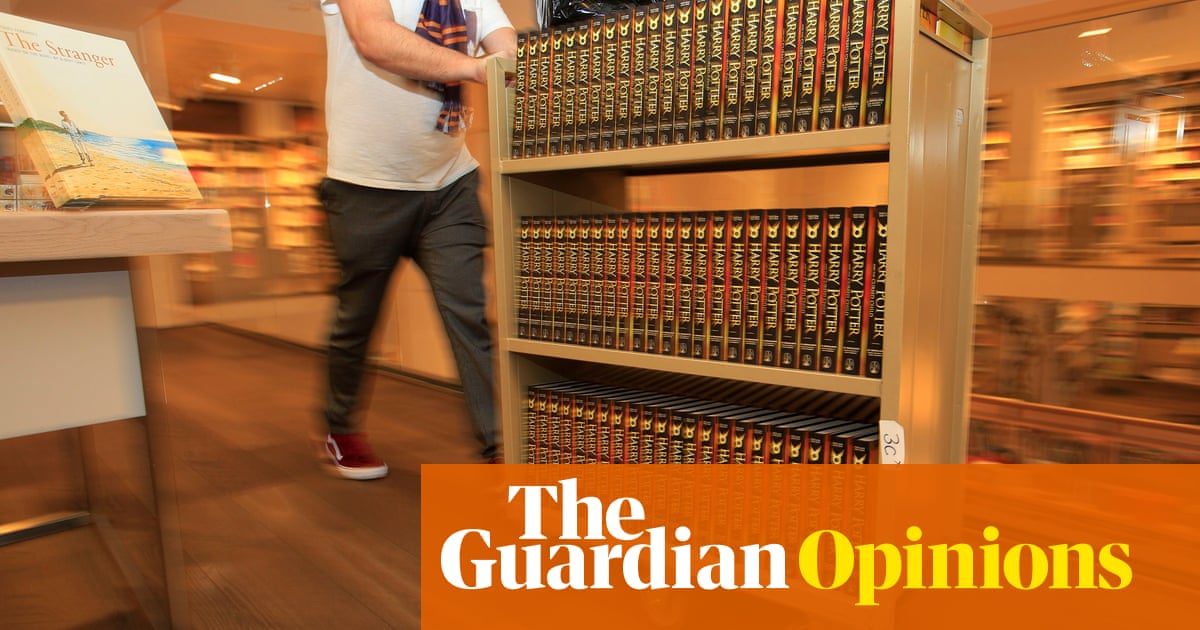 Harry Potter was the first book I ever read. I was eight and amazed by the fact I had read more than 200 pages without any illustration in a single day. I have been a superfan ever since. At the age of 13, I became a volunteer at Brazilian fan site Potterish. Now I am editor-in-chief and last year I was invited to visit the set of Fantastic Beasts: The Crimes of Grindelwald – a dream I never imagined could be possible.

But even I can no longer bear the over-publishing of Harry Potter books. There has been a constant stream of new editions and tie-ins that add nothing more than weight to my bookshelf, and money to the publishers’ pockets. And it’s a lot of money – Potter books sent Bloomsbury’s revenue to £161.5m last year, the highest level in its 32-year-history.

The most recent of these are the 20th anniversary commemorative editions: according to official website Pottermore, there will be eight editions for every volume of the seven-book series – each honouring one of the four Hogwarts houses, available in hardback and paperback with slightly different covers. So 56 editions to celebrate the 20 years of the books – or rather, 56 decorative objects. I cannot imagine what will happen when the 50th anniversary arrives.

It’s difficult to make 56 special editions really special, but they haven’t really tried. There’s no new foreword, or any new additional information – which doesn’t make sense, considering that JK Rowling’s wizarding world is so deep that she created Pottermore to share what she hadn’t used in the books. Instead, Bloomsbury included some “facts” from the novels. The Philosopher’s Stone edition, for instance, informed readers that professors Flitwick and Sprout once had a long-term relationship. This story came from a fake tweet attributed to Rowling, and Bloomsbury later removed it.

In 2016, eight books about the making of Fantastic Beasts and Where to Find Them were published. For sequel The Crimes of Grindelwald, released in cinemas last week, there are 10 tie-in books, not including the screenplay. It is no surprise: even the wands used in the films now have their own book.

It makes no sense to pay several times for the same content – but a new cover and a few goodies cast a Confundus charm on the fans and convince them otherwise.

I wonder whether Rowling checks and approves all these editions. I suspect she doesn’t. Although she is careful with her brand, having refused potentially profitable tie-ins with fast-food chains, it would be impossible for her to check each new edition. She would have no time to write any more. But with a brand built on literature, everyone who loves the Potter world should be bothered by this glut of lacklustre books.

In the small Potter library I’m building, the illustrated books are the only recent publications that are not dead weight. Jim Kay’s poetic art enhances Rowling’s writing and fascinates even those who have read the series dozens of times. The same can be said about Olivia Lomenech Gill’s simple and practical style, which complements the Fantastic Beasts bestiary perfectly, though it seems inevitable that fans will soon be invited to buy another edition of that because of the new beasts invented for The Crimes of Grindelwald. There are also two illustrated editions of The Tales of Beedle the Bard: the British one by Chris Riddell, and the American version by Lisbeth Zwerger. I suspect the fanboy inside of me will speak louder than my cynical side, and I will end up with both.

Nostalgia is a lucrative emotion, but the fans must be respected. Although I believe books can change lives – as Harry Potter changed mine – publishing is a business. For the fans, however, these books have always been much more than a way of blowing cash. There’s enough content to make good editions, but publishers are choosing quantity over quality. Fortunately or not, the 20th anniversary celebration is far from over – there are still 40 more anniversary editions to come between now and 2027. Since I believe in magic, I’m hoping for a surprise.