One of the things I look forward to most is a new James Lee Burke novel and lookee here, there’s one coming out in a few months. 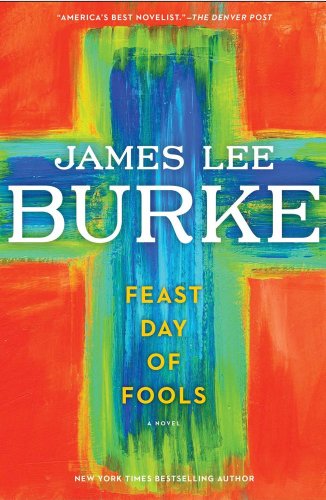 Sheriff Hackberry Holland patrols a small Southwest Texas border town, meting out punishment and delivering justice in his small square of this magnificent but lawless land. When an alcoholic ex-boxer named Danny Boy Lorca begs to be locked up after witnessing a man tortured to death by a group of bandits, Hack and his deputy, Pam Tibbs, slowly extract the Indian man’s gruesome tale. It becomes clear that the desert contains a multitude of criminals, including serial murderer Preacher Jack Collins (whom The New York Times Book Review called “one of Burke’s most inspired villains”).

Holland’s investigation leads him to Anton Ling, a mysterious Chinese woman whose steely demeanor and aristocratic beauty compel Hackberry to return to her home again and again as the investigation unfolds.

James Lee Burke is at his engrossing and atmospheric best in this, his thirtieth novel, as Hackberry plumbs the depths of man’s inhumanity to man—from killers-for-hire, to the U.S. government, to the misguided souls in search of a better life across the border.

And we even have a video with JLB JLB Feast Day of Fools One of the few authors I will order in advance, in hardcover, from whatever country it’s published in first.  He says in the video that he thinks it’s the best book he’s ever written.  I am so looking forward to this!