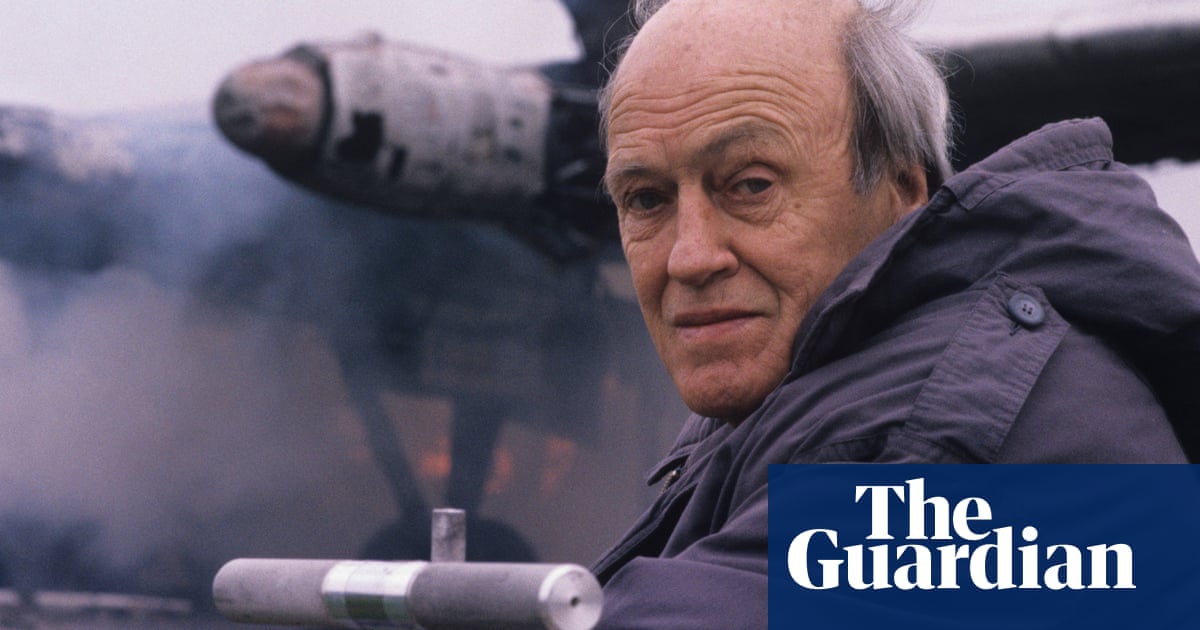 Twenty-eight years after he died, the medals Roald Dahl earned for his time as an RAF fighter pilot during the second world war have finally arrived with his family.

Dahl’s grandson, Ned Donovan, said that the medals had been delivered from the Ministry of Defence on Wednesday, and that he had given them to the author’s widow, Felicity Dahl, at her 80th birthday party. The medals – the 1939-1945 Star, for those who served overseas during the war, the Africa Star, the Defence Medal, for non-operational service, and the War Medal – arrived, 73 years late.

“He never collected them at the time thanks to a bureaucratic mix-up. And so last night I gave them to my step-grandmother as a surprise,” Donovan, who together with Felicity Dahl applied for the medals from the MoD, wrote on Twitter. “I’m just thrilled that Wing Commander Dahl’s war has finally been recognised, I think he’d have found the incompetence hilarious.”

Dahl detailed his time as a fighter pilot in his memoir, Going Solo. The author was 23 when he joined the RAF in 1939 following the outbreak of war, enlisting in Nairobi. He had been in Dar-es-Salaam since 1938, working for Shell Oil. He learned to fly a Tiger Moth plane in Nairobi, training with 15 other men. Later, in Going Solo, he would write: “It is a fact, and I verified it carefully later, that out of those 16, no fewer than 13 were killed in the air within the next two years.”

In 1940, he was posted to Libya, flying “Gloster Gladiators against the Italians in the western desert of Libya” as he wrote in his memoir, and was in a plane crash. After six months in hospital, he took part in the Battle of Athens, where four of his squadron’s 12 pilots died. “To some extent I was aware of the military mess I had flown into. I knew that a small British Expeditionary Force, backed up by an equally small air force, had been sent to Greece from Egypt a few months earlier to hold back the Italian invaders, and so long as it was only the Italians they were up against, they had been able to cope,” he wrote. “But once the Germans decided to take over, the situation immediately became hopeless.”

Donovan told the BBC that Dahl would have thought “it was terribly uncool” to have collected his medals. “It’s very ‘him’ for him not to have collected [them],” he said. “He crashed his plane, blinded himself and then started flying again. He signed up the first day and got right into it.”

Donovan said that Felicity Dahl had been thrilled to receive the medals “and said she was going to put them under her pillow”.

The MoD told the BBC that Dahl had not been automatically issued with the medals because he left the RAF before the medal criteria were published, and would have had to apply for them.