Romance: In These Romance Novels, the Characters Are Sexy, Hot and Toting a Ton of Emotional Baggage 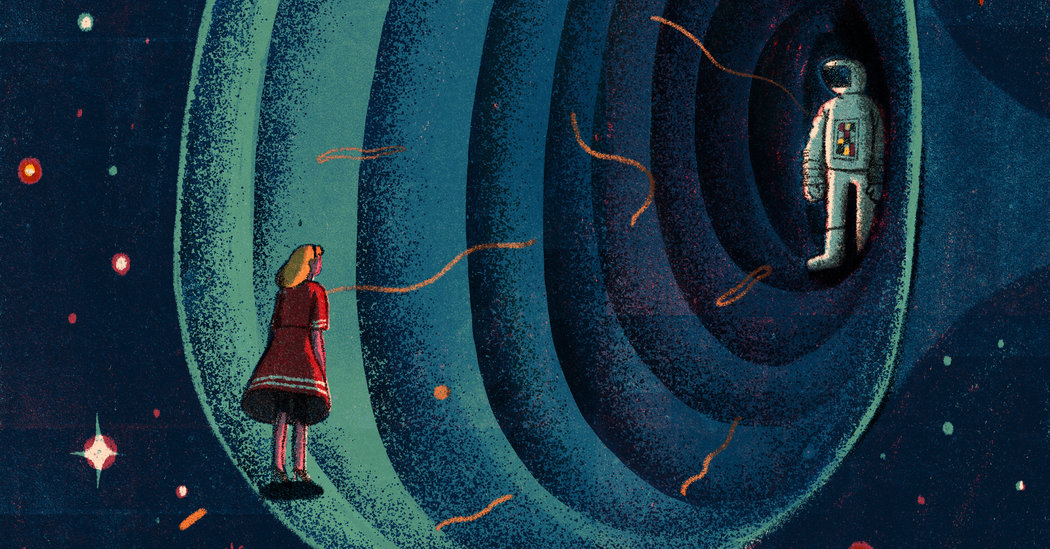 Every romance novel is a kind of fantasy, whether it features an impossibly wealthy duke or a cute guy who knows how to talk about his feelings. It can be escapist or aspirational, extravagantly hyperbolic or easily plausible, but it’s still idealized. Every romance has a happy ending, after all. That’s a narrative constraint and a defining characteristic of the genre; it’s also a puzzle for an author to solve. Make your main characters too good or too perfect, and obstacles to their happy ending seem far-fetched. Make them too flawed, and maybe they don’t deserve a happy ending. Here are five new romances that grapple with their protagonists’ shortcomings and virtues — their worthiness of a happy ending — or at least leave their readers doing so after the final page.

Tessa Dare’s THE GOVERNESS GAME (Avon; paper, $7.99; ebook, $6.99) hinges on a classic obstacle to a happy ending: the hero who thinks himself unworthy of love. Like many romance heroes, Chase Reynaud, the future Duke of Belvoir, has cultivated the trauma of a youthful mistake into a grand unified theory of self-loathing. He has sworn off marriage and he’s desperate to protect his two young wards — orphaned sisters — from his spiritual corruption. If only the girls would stop driving off their governesses! Enter Miss Alex Mountbatten, clock setter and amateur astronomer, who through a series of miscommunications is offered and accepts the job. Dare deftly navigates the entanglement between employer and employee. Besides, the real power in the household belongs not to Chase but to his obstinate wards, and he and Alex quickly become partners in their care. While the logic of Chase’s reluctance to love falls apart on close inspection, it gives Alex cause to take the lead. She is sharp and smart and funny — the whole book is, actually: “When he spoke, his voice was so perilously deep it needed a fence and a warning signpost.” And the younger of Chase’s wards has an exquisitely droll fixation on convening funerals for her doll, a gambit with surprising emotional payoff. But the child care — and comet-hunting — never detract from the love story, instead giving it a vivid world in which to flourish. Alex and Chase are playful, intense and stubborn — their flaws make them a magical match, not perfect but perfect for each other.

The prologue of Christina Lauren’s JOSH AND HAZEL’S GUIDE TO NOT DATING (Gallery Books; paper, $16; ebook, $8.99) begins with Hazel Bradford listing her flaws: She’s broke, lazy, drinks too much at parties to avoid social awkwardness, always says the wrong thing at the wrong time. “In summary, I am superb at making an ass out of myself.” Hazel doesn’t see these traits as flaws, though, but as eccentricities, with habitual blackouts on the same level as painting her toenails different colors. When she sees Josh Im for the first time in seven years — in college she puked on his shoes at a party — she’s sure this calm, thoughtful guy would never love a weirdo like her, so she decides they’ll be best friends. Sure enough, they click, but even when Josh’s caricaturishly evil girlfriend cheats on him, even though each thinks the other is the hottest person they’ve ever seen, they decide to be just friends. To get Josh over his breakup, and to enforce the just-friends facade, they start setting each other up on blind double dates. It’s almost a kind of masochism to watch these outlandishly bad dates stack up, especially as Josh and Hazel keep making inadvertent eyes at each other. You’re not meant to feel bad for the rotating third and fourth wheels. They’re obviously bad matches for the real stars, who are also obviously falling in love. But the dates are too often dismissible because they’re easy stereotypes. (A hemp-wearing, vegan yoga teacher fares particularly poorly.) We never go very deep, but the story skips along the surface, propelled by rom-com momentum and charm.

Taking your book’s inspiration from “Magic Mike XXL” provides a great opportunity (hot male strippers) but presents a challenge as well: The real heroine of “Magic Mike XXL” is not … whatever her name is, the photographer woman; it’s everyone in the movie audience, in that each viewer is the object of the film’s seductive attention. And a good deal of the movie’s exuberant fun is watching the men strip, a decidedly visual art form. Luckily, Zoey Castile doesn’t lean on narrating big dance numbers in STRIPPED (Kensington; paper, $15.95; ebook, $9.99), focusing instead on the white-hot connection between the stripper Zac Fallon and his upstairs neighbor, Robyn Flores. And Robyn, thank goodness, is a vast improvement on the milquetoast heroines of the “Magic Mike” franchise. She and Fallon are brought together by a laundry mix-up meet-cute with a star-spangled thong, and while there is the requisite squeamishness about dating a male stripper to be gotten over — perhaps less plausible since “Magic Mike” does exist in Robyn’s universe — their chemistry is intense. The real obstacles to the romance are personal and psychological: Fallon’s defensiveness against people’s judgment of his profession, and Robyn’s sense of drift in her own life. She’s always late to work, sleeps poorly, flounders as her best friend’s maid of honor. Is she depressed? Unfulfilled at work? Maybe all or none of the above. Most tantalizing is the half-explored theme of the pressure Robyn and many women feel to set and meet long-term goals in their careers and personal lives. Once the specter of that pressure is raised, you almost share Robyn’s best friend’s concern that things are moving too fast with Fallon, that their romance is a Band-Aid for her problems. But on the other hand, he’s extremely attractive and extremely kind, so you mostly just want to hoot and holler and cheer them on.