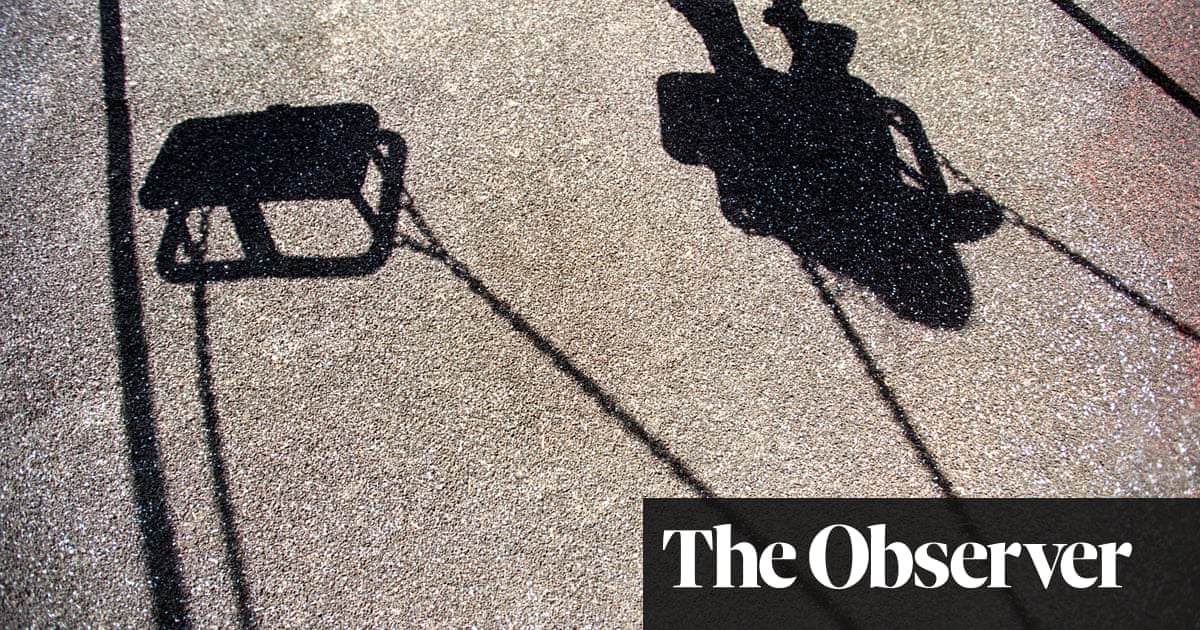 We’re not starved for choice these days when it comes to disturbing thrillers: murderous nannies in Leïla Slimani’s Lullaby; foully intentioned lovers in, well, the majority of new titles. But even by these standards, Alice Clark-Platts’s The Flower Girls (Raven Books) goes to some very dark places indeed.

The author, a former human rights lawyer, opens her story in 1997, as sisters Rosie and Laurel lure a toddler away from a playground. Nineteen years later, the now notorious pair are known as the Flower Girls, loathed by the press, “their parents as shocked as the rest of the world at the depravity bubbling up from their gene pool”. One of them is in prison, while the other has been given a new identity, “just like the reviled Maxine Carr, or James Bulger’s murderers”, for her own safety. It’s on her 25th birthday that a five-year-old child goes missing from a remote hotel she has been staying at with her partner, and the past comes flooding into the present as her identity is revealed. “It is as if a chasm has opened up beneath her, and all the castles in the air she has built over the years … are minutes away from being dashed to smithereens.”

There’s an enjoyably perceptive and driven detective on the case; the plot is clever and twisty – and horribly compelling when the bad weather sets in and the missing child still hasn’t been found. But the crime on which the novel hangs is so dark that I had to set the book aside for a time before I could steel myself and dive back in.

Part of a wave of Korean thrillers translated into English in recent months, The Plotters by Un-su Kim (translated by Sora Kim-Russell; 4th Estate) follows the trials and tribulations of Reseng, found in a rubbish bin as a baby, raised in a library where assassinations are planned, and now one of Seoul’s best hitmen. But Reseng is having reservations about his lifestyle, and starts to wonder if he has fallen foul of the “plotters” – those who run the contract killings. One assassin on the run from the plotters tells Reseng that he “wanted to find out exactly who was sitting at their desk, twirling their pen and coming up with this bullshit plan”. “You think that if you go up there with a knife and stab the person at the very top, that’ll fix everything,” responds our hero. “But no one’s there. It’s just an empty chair.”

Pleasingly deadpan, The Plotters manages to be both humorous (Reseng’s cats are called, delightfully, Desk and Lampshade) and violent, and sometimes even wise. “Ironically, the overthrow of three decades of military dictatorship and the brisk advent of democratisation had led to a major boom in the assassination industry,” writes Kim, in a translation from Sora Kim-Russell that is both seamless and intriguingly provoking: “It was time for him to make like Old Orin in The Ballad of Narayama and bash his teeth out against a millstone and go into the mountains to die.”

In Hanna Jameson’s The Last (Viking), American historian Jon Keller is breakfasting at a Swiss hotel where he’s been speaking at a conference when he learns that Washington has been destroyed by a nuclear weapon. The attacks keep on coming and the news feeds last for a while, before phones run out and mobile connections disappear. Twenty people remain in the hotel, as rust-coloured clouds roll in and the sun disappears. But these survivors, who don’t know if there’s anyone else alive out there, aren’t only contending with nuclear holocaust. The body of a small girl has been found in one of the hotel’s water tanks, and Jon, who narrates the story through a series of diary entries, sets out to find her killer. On top of that, the hotel, which runs to 14 floors and almost a thousand rooms, has a history of suicides, unexplained deaths and “a couple of murders”. Jameson does an excellent job of exploring what nuclear war would mean for us now: the Facebook “I’m safe” buttons which hardly anyone has clicked; Jon’s determination that “it couldn’t actually be nuclear … They were probably just using the word for clickbait”. And of exploring what it would mean to live in a place where “consequences no longer existed”, where “the giant slate of the world was wiped clean”.