‘A Discovery of Witches’: When a Vamp Loves a Wiccan 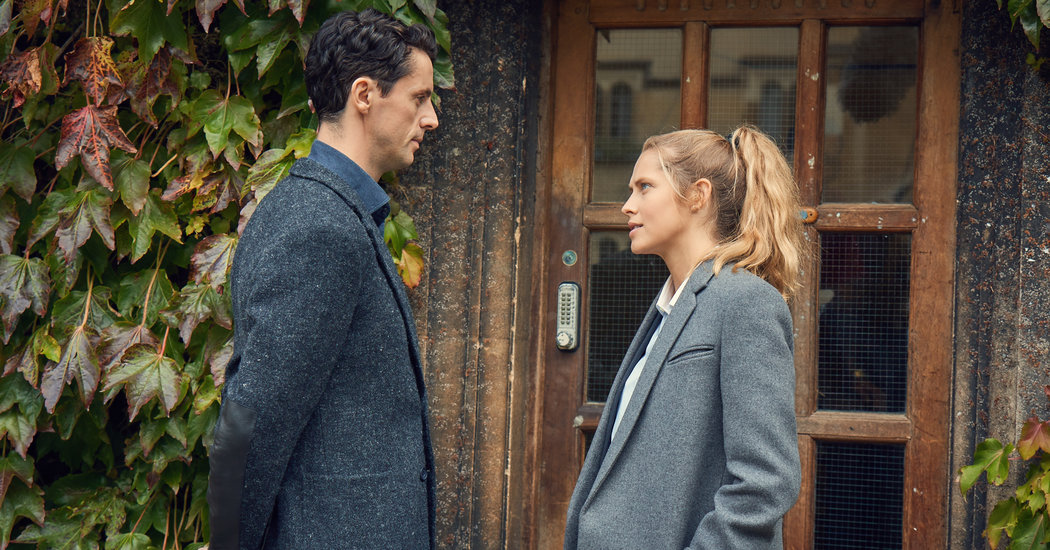 The idea of the vampire as perfect lover is pretty old by now, but really, lovers don’t get much more perfect than the vampire aristocrat Matthew Clairmont in “A Discovery of Witches.” He listens so well he can hear your heartbeat rise, he’s so sensitive he can feel your heat and he’s so passionate he can just barely stop himself from ripping into your throat. That he’s played by that tall drink of plasma Matthew Goode (“The Crown”) is just overkill.

“A Discovery of Witches,” which was made for Sky in Britain and begins streaming Thursday on both Sundance Now and Shudder, is an action fantasy in the multi-monster category of “Twilight” and “True Blood,” with a focus on Harlequin-style, time-jumping romance that may make it of interest to the “Outlander” audience. It should meet the requirements of those who like their high-class cheese fests wrapped in European accents and antique locations.

Based on the novels in Deborah Harkness’s All Souls trilogy, the series imagines a triumvirate of nonhuman species — vampires, witches and demons — among whom peace is maintained by a centuries-old power-sharing arrangement. That détente is threatened when the historian Diana Bishop (Teresa Palmer), a daughter of witches who seems to have no significant powers herself, finds in the Bodleian Library a dusty volume that the supernatural elite has been seeking for, well, centuries. Matthew, who’s not just a fatally handsome 1,500-year-old French nobleman but an Oxford biochemist, is researching why magical creatures seem to be losing their powers.

Of course, magic can’t go out of the world without a fight, or a series of them — vampires tearing into witches, witches conjuring fiery weapons with which to smite vampires. The demons, in this first season at least, don’t have much to do; they’re like one of the boring gangs in “The Warriors” that doesn’t make it out of the Bronx. And humans, while everywhere, are amusingly insignificant, with only a couple of minor speaking roles.

The real action, however, involves the interspecies affair — banned by centuries-old tradition! — between Diana and Matthew. It’s a love for the ages that starts out kind of stalkery, the way these things do, and graduates to torrid but clothed canoodling enacted by the commensurately gorgeous Palmer and Goode.

[Read our interview with Matthew Goode, the star of “A Discovery of Witches,” here.]

They are not equally talented performers, though, and that’s a problem for “A Discovery of Witches.” Palmer is a little out of her league in a cast that includes, along with Goode, the top-flight actresses Lindsay Duncan and Alex Kingston and, as the bad guys, the polished scenery chewers Trevor Eve and Owen Teale. While those veterans engage in the kind of dignified slumming that makes material like this enjoyable, Palmer gives Diana — on whom the story hinges — the flat affect of a lesser CW heroine.

Adapted for the screen by Kate Brooke, who also wrote or co-wrote five of the season’s eight episodes, the series lays out its world and characters briskly and intelligibly, and the early episodes invest the fantasy clichés with some elegance and picturesqueness. (Shooting in Oxford and Venice, where the creatures’ HQ occupies a hidden island in the lagoon, helps.) As the action, physical and supernatural, picks up in midseason, the writing and direction start to lose some of that restraint, taking a turn into pulpy, B-movie territory.

Eventually the scene shifts to upstate New York, which is a loss in terms of landscape but a plus for the story. Diana’s hippie-Wiccan aunts, touchingly played by Kingston and Valarie Pettiford, live in one of the tale’s more charming inventions: a funky, sentient house that rattles the crockery when it’s irritated and supplies flashbacks by conjuring up life-size holographic scenes in situ.

Season 1 ends on a cliffhanger that practically dared Sky not to renew the series — the channel didn’t take the dare, renewing the show for two more seasons. Perhaps its spell will grow stronger.