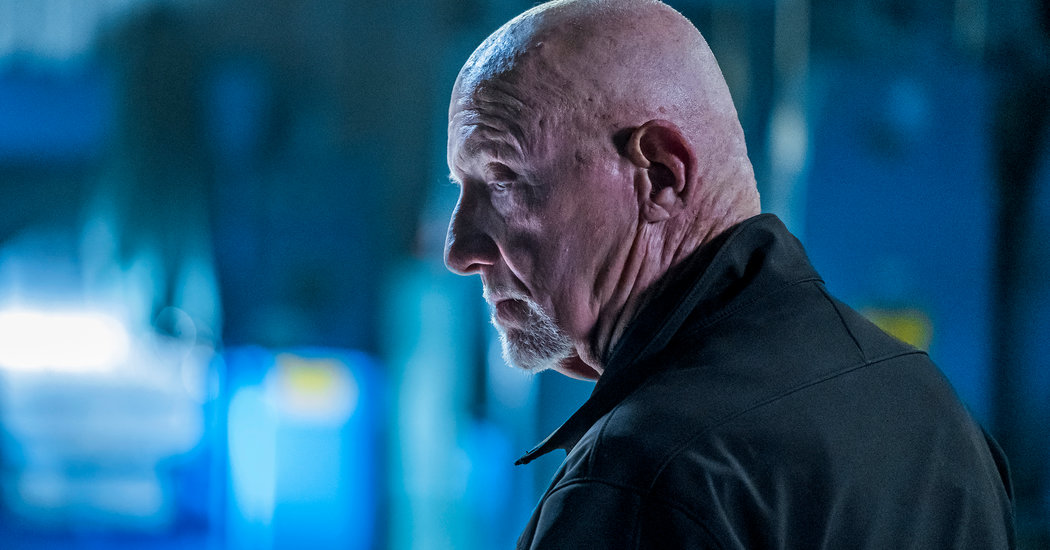 Elsewhere, Mike and Gus are auditioning architects/engineers who can build a meth super lab beneath the industrial cleaners on the D.L. Ever the hyper-cautious man, Gus opts for the German who is eager to underscore just how dangerous and difficult this project will be. The runner-up in this contest seemed far too confident, and worse, he minimized the challenges.

Thanks for flying in, sir. Great mustache.

By the way, where do you find an architect/engineer willing to work under such ethically dubious conditions? Keep in mind, this is well before LinkedIn.

Yet again, Rhea Seehorn, as Kim, delivers the most psychologically intriguing performance in the show. Kim was haunting Judge Munsinger’s courtroom in the previous episode for the most basic reason — she wanted to toss herself into the life of a public defender. Now, she is so engrossed that she hangs up on Paige (Cara Pifko), the Mesa Verde senior counsel, who calls with an emergency. I initially assumed that 1.) this was Kim’s way of getting herself fired, and 2.) Paige was going to fire her. In fact, Kim apologizes to Paige and Paige lets Kim off with a warning.

This won’t last. I think Kim is realizing that she doesn’t want a career devoted to helping a local bank expand its footprint. She is far more excited about aiding indigent defendants on the front lines of the legal system. Her once-mysterious reaction in Episode 3 to a room full of scale-model Mesa Verde banks, scheduled for construction all over the West, was simply the vaguely repulsed expression of a woman glimpsing an unhappy future.

But the most tormented mind in the Land of Saul, it turns out, belongs to Howard Hamlin (Patrick Fabian). Looking a wreck during a chance meeting with Jimmy in the courthouse men’s room, he cops to insomnia. We know little about Howard’s interior life, other than his feelings of guilt over Chuck’s suicide, so I can’t think of a better reason than that for his anguish. And the way he says, “Jimmy,” when asked what is bugging him — it sounds to me like, “You, of all people, are asking?”