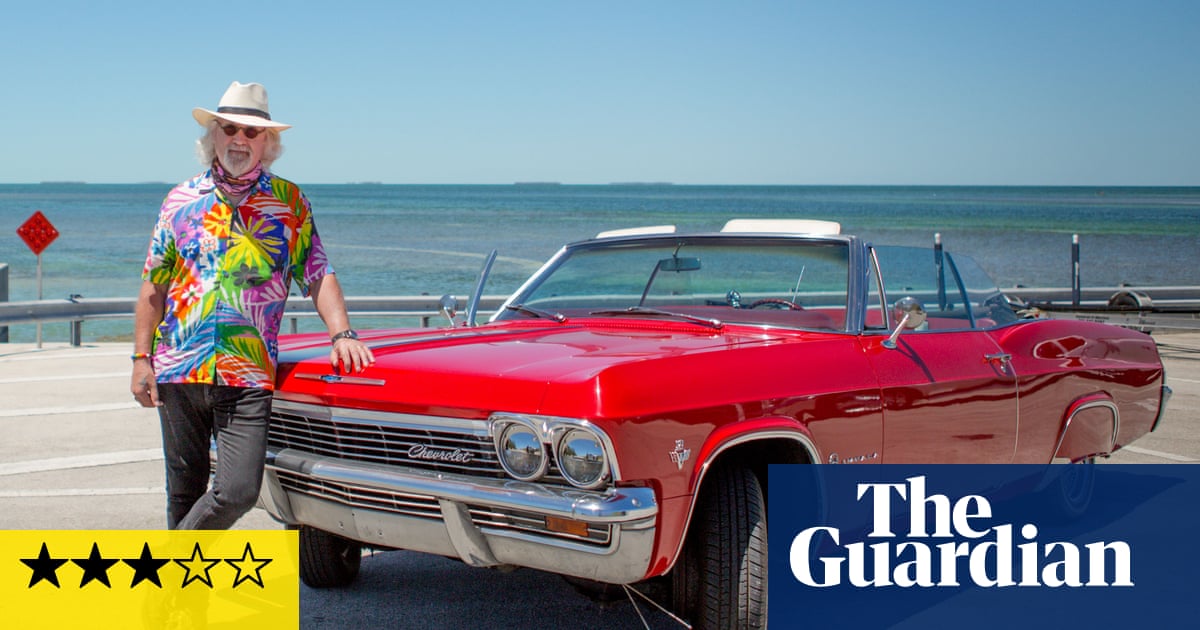 The television programmes Billy Connolly has made have become increasingly meditative since he was diagnosed with Parkinson’s disease five years ago. Billy Connolly’s Ultimate World Tour was the latest and gentlest of all, broadcast just after the 76-year-old comedian announced his retirement from live performance.

This new travelogue – which is also a look at previous travelogues, which is to say it is partly a clip job – tracks his adventures and thoughts as he makes his way through Florida (where, he explains, he now lives since his Parkinson’s disease made the brutal New York winters too much of a risk to his health) down to Key West.

He goes fly fishing off Florida Keys with his friend Will Benson; just sun and sky above and gently rippling waters below. “Some people never experience this silence,” says Connolly. “You do it for the nothingness, really. It refuels you.” The 25-year tradition of him never catching a fish on camera continues unbroken. We cast back to another trip, through Scotland, as he and his friends troop back down an uncooperative loch. They have all got the giggles. Everyone around Connolly has always got the giggles. “You’re wondering where all the fish we caught are,” says Connolly sagely. “They’ve been stolen. Thieving bastards.”

Then it was on to gaze in delighted awe at the Key West Extension, part of Henry Flagler’s rail network that became known as the Florida East Coast railway. The extension connects Key West to the mainland by, among many other feats of engineering, at one point crossing a seven-mile span of open water. It took 4,000 men seven years to complete. “Not enough time is spent these days,” says Connolly, “showing you how amazing people are.”

He met the people who, in the Everglades and elsewhere, co-exist with crocodiles in their gardens and he met Chris Guinto – a crocodile response agent who helps the crocodiles (a protected species, unlike alligators which are an altogether more vicious proposition) that get into swimming pools and other predicaments. “That body is perfected,” says Chris as the two men gaze happily at one lazing on someone’s backyard dock. “The only difference from the days when they were eating T rexes is that they’re smaller, because their food sources are smaller.”

Connolly met the people having fun as the remaining members of the tongue-in-cheek Conch Republic, leftover from the day in 1982 when the city of Key West vented its frustrations at local government by briefly seceding from the US. Their official stringed instrument is the conchalele, which made it possibly the most perfect place for Billy Connolly on Earth.

Though that crown probably goes to Loch Lomond. Over footage of Connolly gazing out over that beautiful, implacable place, Connolly at home quoted Scott:“‘This is my own, my native land …’ Sometimes your love for the place just has to find a stage. I’d like to die there. I wouldn’t like to stay away for ever.”

There was an unmistakably elegiac quality to the programme, underscored – wittingly or unwittingly – by the clips of shows from years past enshrining what has been lost; not his curiosity, his charm, his warmth, his wit (or his ability to play conchaleles) or any of the truly important things, but mobility and the antic energy that was once a defining feature of his performances as a standup and a presenter. The contrast now between his unmoving face and endlessly expressive voice, forever on the verge of laughter, is hard to ignore.

What saves it all from becoming too unavoidably an obit-in-waiting is the fact that Connolly remains absolutely himself. What has been stripped away – as much by age as by illness – just lets the stillness, the kindly hippy happy to enjoy the world and hope the best for it, stand more clearly revealed.

So he may never go running naked round Orkney again, as he did in 1994. Or as he did in the Arctic in 1995. Or in Australia in 1996. But it does not matter because he can still teach us the most important lesson: you must not do it if you are fit. “If you’re in shape, it’s like you’re showing off. If you look like a tortured question mark like me – it’s funny.” This is his own, his native land.