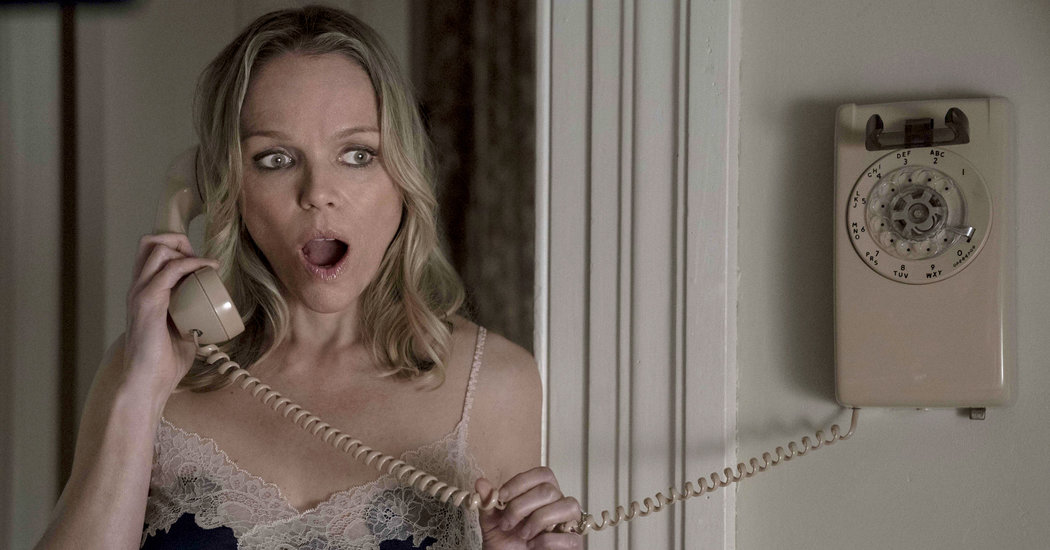 Just as Gordon is shooing the intruder away, Lola suddenly comes at him with a knife. In the ensuing struggle, Lola accidentally nicks her own jugular, killing her almost instantly. Then a snooping Jackie appears out of nowhere and does her best impression of her uncle Jack by burying an ax in Gordon’s skull.

I hate seeing Gordon and Lola die so suddenly; it would have been interesting to see them try to make a go of it in Castle Rock, marketing the town to ghouls. That said, there’s something refreshingly definitive about their arc. They had trouble in Des Moines, they moved to Maine, they opened a weird business, they slaughtered a couple of customers, and they were killed. By the time they bled out, we knew everything about them we needed to know.

By contrast, much of the rest of “Past Perfect” deals with Henry and Molly and their respective relationships with the Kid, in scenes filled with frustratingly vague insinuations.

We learn that Henry used to have the nickname “the Black Death” — a dig at both his race and at the way that calamity seems drawn to him. We also learn that the Kid and Henry made some kind of pact 27 years ago. But instead of explaining that pact, the Kid moves on from Henry to Molly, saying to her, “You can help me, because you know me.” He then goes on to describe how she used to watch TV with her parents, and how she would paint her nails with Wite-Out, and how she would sit by her bedroom window and shine her flashlight up the hill. He says he could see all this from “out there in the woods … where you died.”

For all of its unsatisfactory teases of bigger revelations to come, “Past Perfect” is still effective as an hour of horror. The old-fashioned grisliness of Gordon and Lola’s murder museum is something to see. And in the closing minutes — right around the time that Wendell is deciding not to leave town because his ears have begun ringing, just like his dad’s — the minimalist drone and scrape of the score combines with impressionistic editing to create an atmosphere of unease.

There is also a strong and potentially significant theme here, tied to a remark made in the opening scene by a colleague of Gordon’s from Iowa — the man who slept with Gordon’s wife. “Fetishizing cultural memory is both dangerous and foolhardy,” he says. Moments later, Gordon clobbers him upside the head.