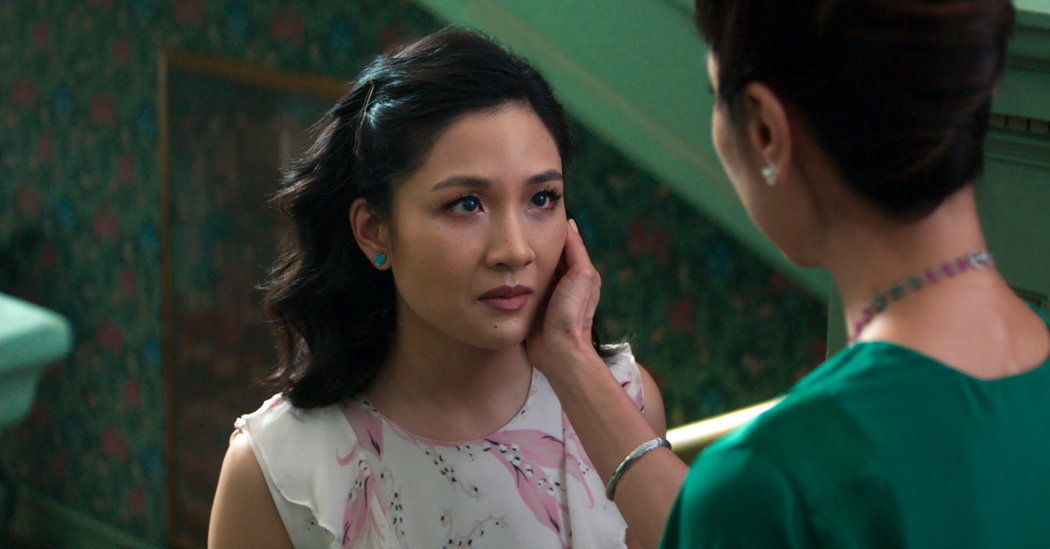 “Crazy Rich Asians” keeps getting richer, topping the North American box office for a third week in a row and taking in more than double the weekend earnings of the second-highest-grossing film.

Continuing to signal the market’s desire for more diverse voices in big-budget movies, “Crazy Rich Asians” (Warner Bros.), led by Asian stars, sold about $22.2 million in tickets from Friday to Sunday. The sales are the latest demonstration of the film’s staying power, representing a decrease in earnings of only around 10 percent from the previous weekend and perhaps reaffirming Warner’s plans to move forward with a sequel.

“Crazy Rich Asians,” adapted from a 2013 novel by Kevin Kwan, has now swept up nearly $111 million in North America, according to comScore, which compiles box-office data.

Also for the third weekend in a row, “The Meg” (Warner Bros.) came in second. The blockbuster-by-design aquatic thriller with Jason Statham and a giant shark-thing sold about $10.5 million in tickets, bringing its domestic total up to around $120.5 million. While the film exceeded box-office expectations during its opening weekend, it has since consistently trailed “Crazy Rich Asians” — though not quite enough to lose its lead of about $10 million in cumulative North American earnings.

“Mission: Impossible — Fallout” (Paramount) came in third, with an estimated gross of $7 million during its sixth weekend at the box office, bringing its domestic total to around $204.3 million.

The only newcomer in the top five was the historical drama “Operation Finale” (Metro Goldwyn Mayer), which brought in about $6 million domestically during its first weekend. Directed by Chris Weitz, the film stars Ben Kingsley as the high-ranking Nazi Adolf Eichmann and Oscar Isaac as an Israeli agent hunting Nazis a decade and a half after the end of World War II. Lukewarm reviews (The Times’s A. O. Scott called it “a story very worth telling, told pretty well, with self-evident virtues and obvious limitations”) likely did little to bolster attendance over Labor Day weekend.

Rounding out the top five was “Searching” (Sony), a horror film starring John Cho and told through footage captured from computer screens and apps, which brought in about $5.7 million during its second weekend.

A version of this article appears in print on , on Page C3 of the New York edition with the headline: ‘Crazy Rich Asians’ Shows Staying Power. Order Reprints | Today’s Paper | Subscribe