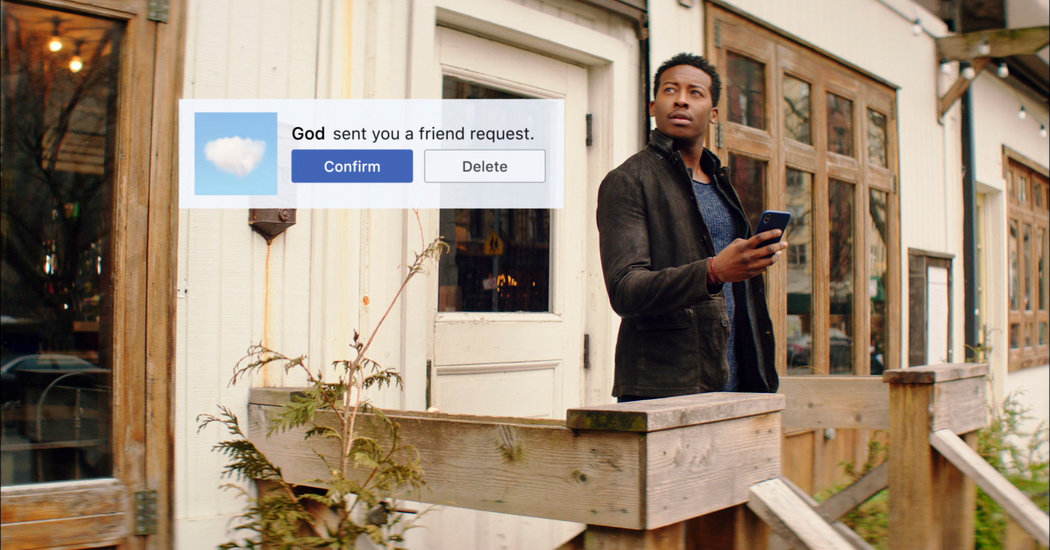 Some years, there’s a big-swing drama, or a high-profile comedian finally landing a plum gig.

And some years — this year and last among them — there’s that quirky light drama with a spiritual or religious tinge. A lighthearted yet poignant show in which some Joe or Jane Schmo begrudgingly embarks on a weekly quest to do good at the behest of some higher power.

This year, it’s “God Friended Me,” beginning Sept. 30 on CBS, which stars Brandon Micheal Hall (“The Mayor”) as the host of an atheism podcast whose life takes a turn when he gets friend requests from God on Facebook. He tries to ignore them, but if you’ve ever seen a show like this, you know he can’t for long, and soon he’s accidentally saving lives and restoring fractured relationships. Maybe God is onto something.

And maybe “God” is too. It’s part of a noble tradition of shows like “Joan of Arcadia,” “Reaper,” “Being Erica,” “Kevin (Probably) Saves the World,” “Wonderfalls,” “Eli Stone” and “Dead Like Me.”

These supernatural deed-oriented procedurals start the same way. Our lead is somewhat dissatisfied with his or her lot in life (aren’t we all? the show suggests), until one fateful day: A voice, a song, a vision! A dog that goes crazy, a tchotchke that suddenly speaks. Maybe there’s some other explanation — a meteor, an aneurysm, a panic attack — but there’s no avoiding it. The noise, the stranger, the Facebook add, whatever it is, it’s insistent.

And so our heroes acquiesce. Jaye on “Wonderfalls” obeys the talking wax lion. Joan on “Joan of Arcadia” believes the strangers who tell her they’re God in various forms are telling the truth. Eli of “Eli Stone” decides his visions are a prophecy and he’s going to be a better man. Erica on “Being Erica” embraces her new therapist’s odd technique of sending her back in time to right the wrongs of her past. Sam on “Reaper” agrees to be a bounty hunter for Satan himself. Kevin on “Kevin (Probably) Saves the World” sets out with his guardian angel to discover the lost righteous souls of this generation. George on “Dead Like Me” decides to join the undead as a grim reaper.

The weekly duties bind these shows together, but more essentially, these are all family shows. Each character has significant, though sometimes fraught, relationships with his or her siblings and parents, and there’s a primal familial wound that remains unhealed — a death or catastrophic accident, or sometimes just a lie or a secret that’s lingered without resolution.

In “God Friended Me,” it’s the death of Miles’s mother during his childhood, which led him to renounce his faith in God. To complicate matters, his father is a preacher, and Miles’s distance from the church is also a distance from their relationship. This adds a layer of intensity to Miles’s calling, but it also adds a sense of narrative contrivance that the show can barely afford, given the inherent dangers of overt corniness. Shows with such a clear, repeating premise — “do what God says” — need more aha! and less of course to keep the story from blah stagnation.

The bigger danger than hokiness or blandness is simple cancellation. The strange thing about the persistence of this genre is that these shows never find much of an audience. Of the ones mentioned here, only “Being Erica” made it past Season 2 — and that was in Canada, so it was playing a different ratings game. Some of these, “Wonderfalls” especially, are great shows, special shows, beautiful tender creatures. Almost all were too precious for this cruel and indifferent world. So precious in fact that many are not even available to stream. (The absence of “Wonderfalls” and “Joan of Arcadia” from even a la carte streaming purchases is cultural cruelty.)

So the fact that we keep making these shows is itself a curious act of faith, perhaps part of a desire to create tidy stories not devoted solely to murder. It doesn’t help that these shows keep getting made in essentially the same ways, with the same weepy monologues and bottled up fear, the same frustrating jobs and the same kooky sidekicks who immediately get on board with the visions and the tasks. With the same love interests who can’t be let in on the big secret, and the same dads who are loving in their gruff and broken ways. With the same family tensions that are so entrenched that sometimes it takes an act of God, or really an act of faith, to get everyone around a dinner table.

When we watch cop shows, we know the cop wants to solve crimes. Doctors want to heal patients. But what do podcasters, or big-box store clerks, or temps, or souvenir-shop employees, or former finance bros want? They want the same thing those cops and doctors really want, too, what most of us want: purpose. We want to believe we matter, and that our decisions have some influence on the grander scale of wins and losses. Sure, we’re all just killing time before the Sun eats the Earth, but if an estranged parent reconciles with their child, hasn’t it all been worth it?

Maybe. But where these shows struggle sometimes is with what they imply about celestial priorities. Perhaps the scale of suffering in our world wouldn’t be quite so immense if God was less focused on podcasts or Joan’s high school musical or Kevin’s surly niece.

It’s one reason “Being Erica” fared the best, both narratively and in terms of longevity, of all these shows: Because it was the most focused on its own main character and her personal development, without an attached direct theology. Erica is only ever tasked with fixing her own mistakes, not with establishing a reign of justice or preventing evil from further encroaching on our broken world. It’s the “think globally, act locally” of decency. Hey, it’s a start.