Julia Garner Is the Tough but Tender Heart of ‘Ozark’ 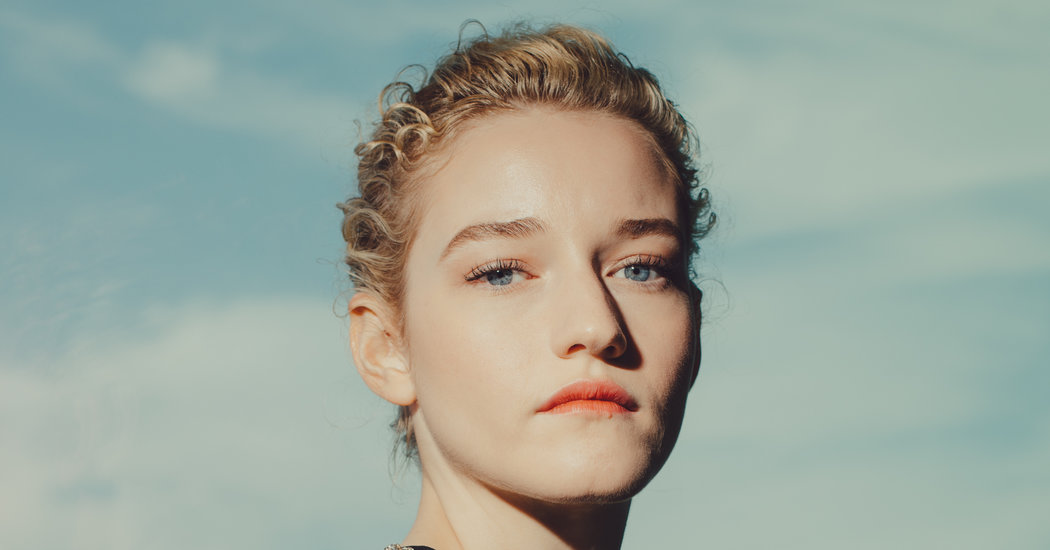 There aren’t many actors who can break your heart or break your nose with equal aplomb, but that’s the block Julia Garner has claimed in her still burgeoning career.

As Ruth Langmore, the spitfire foil turned partner to Jason Bateman’s slick money launderer Marty Byrde, she is the most captivating part of “Ozark,” routinely smacking down — literally, strategically or rhetorically — derisive men who mistake her delicate features and springy curls for weakness. In the second season, which just debuted on Netflix, Ruth wrecks a marina in an extortion scheme, breaks up fights in the strip bar she manages and, at one point, kicks over a vulgar old lout in a wheelchair.

Along the way she contends with the return of her toxic father (Trevor Long), emotionally oscillating between the toughness and vulnerability of a disappointed but still hopeful daughter. It’s a beguiling tenderness that also enlivened series like “Waco,” in which she played one of David Koresh’s Branch Davidian “wives,” and “The Americans,” in which she was a mark for Matthew Rhys’s conflicted undercover K.G.B. agent.

“I go wherever the good story is,” Ms. Garner said recently. “It’s just a coincidence that I have weird relationships with these middle-aged men.”

Such roles are only part of a wide-ranging résumé defined by adventurousness. Since debuting as a different cult member in the film “Martha Marcy May Marlene” in 2011, the 24-year-old actor has had roles that include a fundamentalist Mormon who believes she was impregnated by a song (“Electrick Children”), a cannibal (“We Are What We Are”) and a pregnant girl road-tripping with her grandmother, played by Lily Tomlin, to raise money for an abortion (“Grandma”).

“Look, I do weird parts — there’s always something wrong with my character or they are in a really weird situation,” she said. “I went on an abortion journey with my grandma, and that was my most normal part.”

Up next is “Maniac,” the highly anticipated Netflix series starring Emma Stone and Jonah Hill, about which Ms. Garner will say nothing except to confirm there are “no cults or middle-aged men or teen pregnancies.”

In a phone interview, Ms. Garner discussed the new season of “Ozark” and the toughest scene she’s had on the show. These are edited excerpts from the conversation.

How do things change for Ruth this season?

She’s in a much more vulnerable place. She’s really struggling and having an identity crisis because of her dad. With Season 2, I think you have a much deeper understanding why she behaves like she does. People always go, “Oh Ruth is such a badass character — how does it feel to play her?” And it’s much deeper than that. It’s more that she has no choice.

In many ways she’s torn between two fathers.

Yeah, and she hates the fact that her dad doesn’t respect her and Marty does, even though she really loves that Marty acknowledges her and listens to her.

Even though Marty has her running a strip club and laundering money. He hasn’t been a model mentor.

No, but I don’t know who is great on the show. Well the pastor’s baby is great. No one’s gonna be like, “Oh that baby, what a jerk.”

Are the strip club scenes awkward to shoot?

No, I’m so used to it already. Everyone is just doing their jobs.

Why do you think crime shows almost always include a strip bar, besides presumably for cheap titillation? It’s a trope that refuses to die.

Because it’s uneasy. You feel like anything might happen at any moment. Isn’t that a weird thing? People are intrigued but also scared about things that are uneasy.

Have you been to the actual Ozarks?

No. I should go, but I just haven’t had the time. We shoot in Atlanta, where there are people from all over the South. It makes it definitely easier to do the accent, because there are lots of people that [breaks into her Missouri accent] basically talk like this.

Is there a trick to playing a Southerner without resorting to the redneck stereotype?

I have a journal, and every character that I play, I write as the character, how I feel about things and how I’m going to play it. So I will write, “Dear Diary, today I had a bad day because Russ and Boyd and my dad” and this and that. She’s a young girl and she wants the same things that any other young girl would want. She also has hope for a better life that she’ll do anything to get. That’s what makes it so sad, and also makes it human.

I don’t know if you remember, but I had that handbag. And I know it’s a prop, but it’s important because that’s Ruth — she wears something really ugly, but she’ll have the pink handbag she probably got at Walmart because she secretly wants a real leather pink bag. She wants nice things, and you realize this girl is a child.

What did you relate to about the role?

Nothing, to be honest. It was so hard to play her because I completely had to detach myself to get involved. But I am a very hopeful person, so I get that.

Earlier this year you appeared as a Branch Davidian in “Waco.” You seem to spend a lot of time in cults.

A journalist once described me as, “go-to cult girl Julia Garner,” and I thought that was really funny. Those are the interesting parts! Everyone is interested in cults. But I wouldn’t say I’m a go-to cult girl. I did “Waco” right after I did Season 1 of “Ozark,” and the story was really interesting and I also thought it was very different from Ruth. She was a sister-wife, and she was stuck in a scenario and she wasn’t this rebellious girl, unlike Ruth. Everything has to be different from the last thing I’ve done. Even if it’s another cult.

Your characters are often tough on the outside with vulnerability showing through the cracks. Is that something you do consciously, or does it happen naturally?

Maybe a little bit of both. People don’t have just one color. They have multiple things on their mind — even when they’re listening to another person, they’re thinking of something else. So you have to show multiple layers. And I think naturally, I’m a very sensitive person so sometimes I have to even tone it down. So I don’t know — it’s a combination of both, it’s weird.

“Ozark” got some Emmy nominations, but you did not. Was that disappointing?

Nah. The most important Emmy nomination was for Jason [Bateman] — he got them for actor and director. Jason is the show so that was great. He is like a mentor, in a way, and he really took me under his wing and I feel like he changed my life. I get recognized for this more than I have for any other project, I think because Netflix is just such a big thing now.

Without giving anything away, Ruth is involved in some very intense scenes this season. What’s the toughest thing you’ve had to shoot?

You’re going to laugh: It was the scene when I held the mouse in Season 1. I have the worst fear of rodents. I can’t stand them. They had to use a hand double — I couldn’t breathe and I nearly got a panic attack. I’m like the least badass person on the planet.