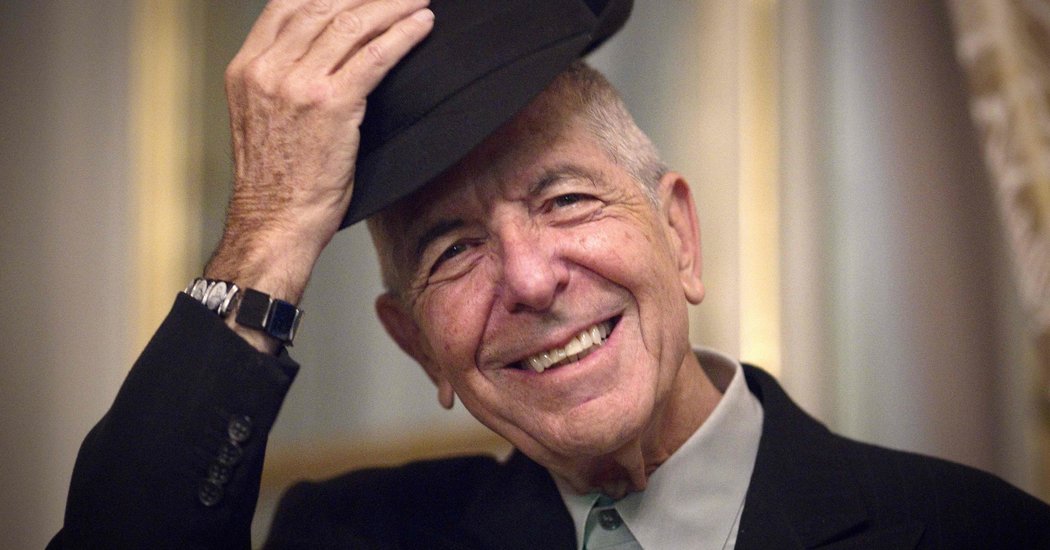 What would you like to see here? Email us at popculture@nytimes.com.

Hello! Welcome to your daily roundup of what’s going on in pop culture.

“I am the Kanye West Kanye West thinks he is,” wrote Leonard Cohen in a poem written before his 2016 death that was published last week and has been floating around Twitter over the past few days.

What a line! What a deliciously tricksy little line, one of many in a poem titled “Kanye West Is Not Picasso.” Does the poem function like a diss track? Or maybe it’s a tribute to Kanye. Either way, laughing about West’s ego feels cathartic right about now.

So, what happened this week?

• “Gradually I began to realize that I would end up with my own piece of art history,” said the woman who paid $1.4 million for Banksy’s painting “Girl With Balloon,” which began to shred itself following her purchase. I will never understand the art market. [NY Times]

• The publicly apolitical Taylor Swift said in an Instagram post that she would be voting for the Democratic candidate in the tight Senate race in Tennessee next month. However you feel about her, it seems like her post did lead to a flurry of last-minute voter registrations. [NY Times]

I want a nice long read

• Have you reached your “A Star Is Born” limit yet? I didn’t think so! Luckily we’ve read everything on the web about the movie and collected the best of it here. [NY Times]

• I had been waiting for a good deep dive on how “The Good Place” engages with philosophy, and this one about the show’s progressive metanarrative is better than I could have hoped for. [LA Review of Books]

• Daniel Radcliffe is a national hero to us Brits, as evidenced in this charming Talk of the Town article where he tries his hand at fact-checking to prep for playing a role on Broadway. [The New Yorker]

• “The Best of Enemies” looks promising, and not just because it stars Sam Rockwell and Taraji P. Henson. Based, inevitably, on a true story, it follows the battle over school desegregation in North Carolina in 1971.

• There’s also a new teaser for the live action “Aladdin,” but it is (literally) very dark. Apparently Guy Ritchie is directing?!

But what can I watch tonight?

• Maybe you’re looking for a show to stream while you cook or clean? “Death Comes to Pemberley” or “Home Town” are great background shows, and there are five other options in this Watching list.