New Trailer: Orson Welles’s ‘The Other Side of the Wind’ 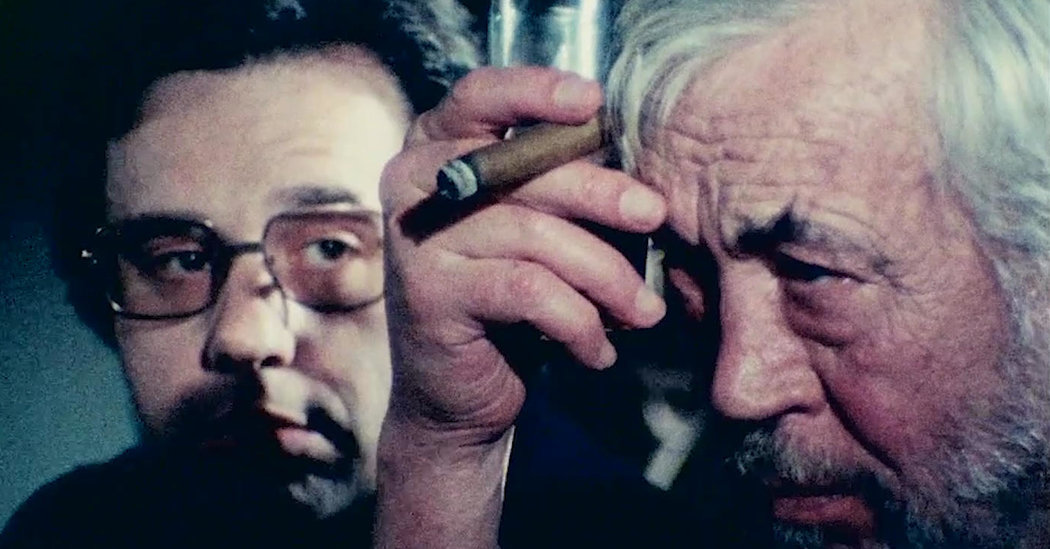 Orson Welles shot “The Other Side of the Wind” between 1970 and 1977, but it has only recently been finished by some of the director’s disciples. Now, on the eve of the Hollywood satire’s premiere at the Venice Film Festival, a head-spinning trailer has been released.

Another cinematic giant, John Huston, stars as a legendary director who’s trying to make a comeback, and that’s not the story’s only autobiographical element. Lines delivered about Mr. Huston’s character (“He’s just making it up as he goes along,” “What he creates he has to wreck — it’s a compulsion”) could just as easily have been said about the notoriously chaotic Mr. Welles himself.

As the trailer cuts back-and-forth between black-and-white and color footage, other filmmakers of the era like Peter Bogdanovich and Dennis Hopper can be seen playing characters similar to themselves. Oja Kodar, who was Mr. Welles’ romantic companion at the time and is credited as the movie’s co-writer, also appears.