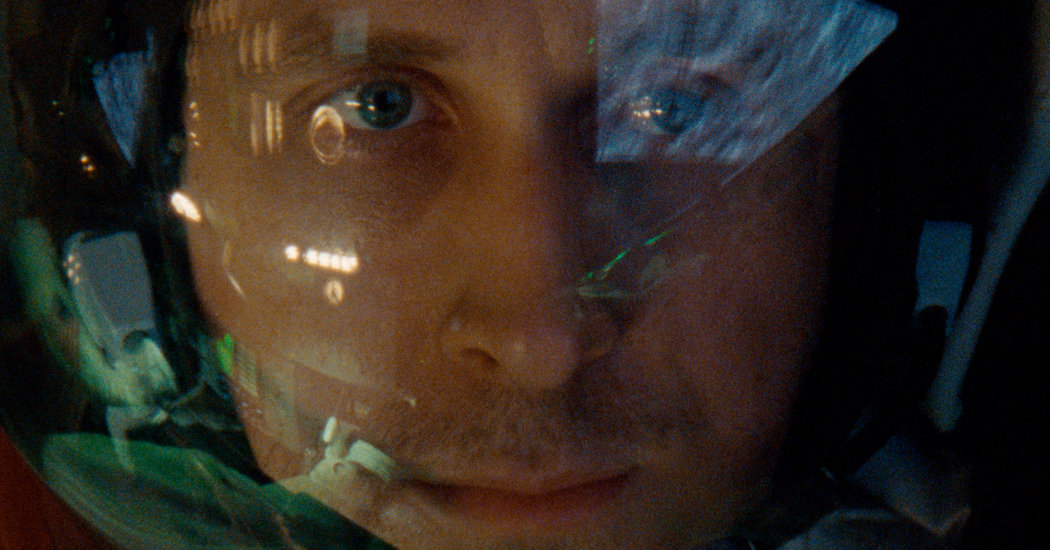 In a signature scene from the Oscar-winning director Damien Chazelle’s 2016 musical “La La Land,” the song-and-dance man Ryan Gosling suddenly lifts off into the sky. The duo will shoot for the stars once again with “First Man,” a biopic of the astronaut Neil Armstrong that opens the Venice Film Festival.

A newly released trailer reflects the drama’s attempt to balance the intimate with the epic. The clip cuts between scenes of the commander trying to assuage his family’s concerns for his safety (Mr. Gosling sings the lullaby “I See the Moon” to his character’s baby girl) with recreations of Apollo 11’s sometimes-troubled mission to the moon in 1969.

Claire Foy (“The Crown”) co-stars as Mr. Armstrong’s wife, Janet, and Corey Stoll (“House of Cards”) plays his fellow astronaut Buzz Aldrin. Kyle Chandler and Jason Clarke can be seen as members of NASA’s mission control, who get dressed down by Ms. Foy’s character: “You’re a bunch of boys — you don’t have anything under control!”