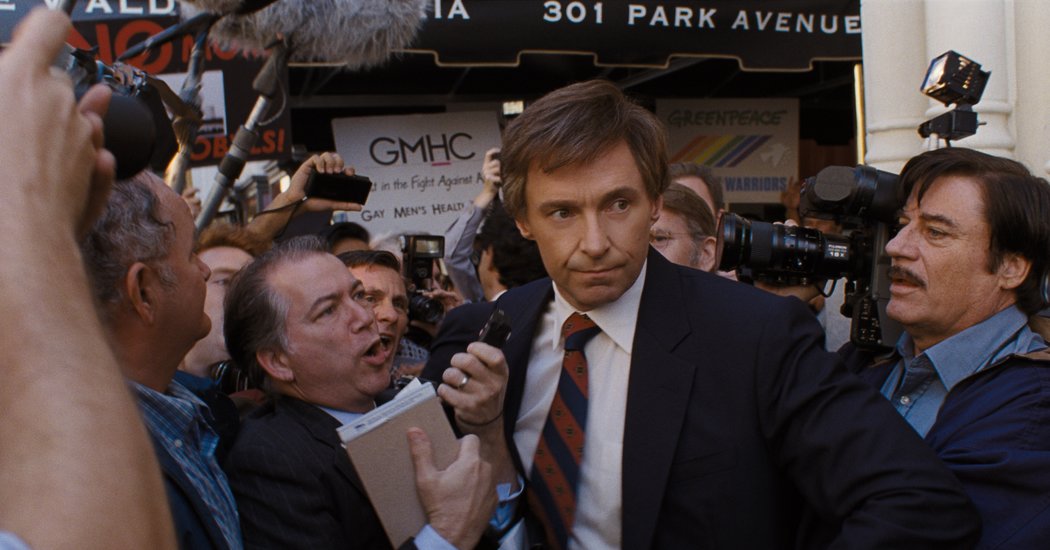 A politician is accused of infidelity, and the activities of the tabloid media become an integral part of the story. The new trailer for the forthcoming drama “The Front Runner” depicts events from 30 years ago, but its themes could be ripped from today’s headlines.

The Australian-born Hugh Jackman affects an American accent as Gary Hart, the U.S. Senator from Colorado who led the field of Democratic candidates for president in 1988 until his affair with Donna Rice, a former beauty-pageant winner, was exposed. A photo of Ms. Rice sitting on Mr. Hart’s lap on board a yacht called Monkey Business (which was also written on the candidate’s T-shirt) was published by the National Enquirer and helped lead to his withdrawal from the race. The Democratic nomination was ultimately won by Massachusetts governor Michael Dukakis.

The film reunites the director Jason Reitman with Vera Farmiga, who co-starred in his 2009 corporate satire “Up in the Air” and plays Mr. Hart’s beleaguered wife, Lee, here. J.K. Simmons, a semiregular in Mr. Reitman’s films (“Thank You for Smoking,” “Juno”), is cast as Bill Dixon, Mr. Hart’s longtime friend and campaign manager.

The trailer, wittily scored to Nina Simone’s “Sinnerman,” indicates Mr. Reitman may be channeling the sardonic spirit of earlier political films like 1972’s “The Candidate.” The release date for “The Front Runner” could hardly be timelier: Election Day, Nov. 7.