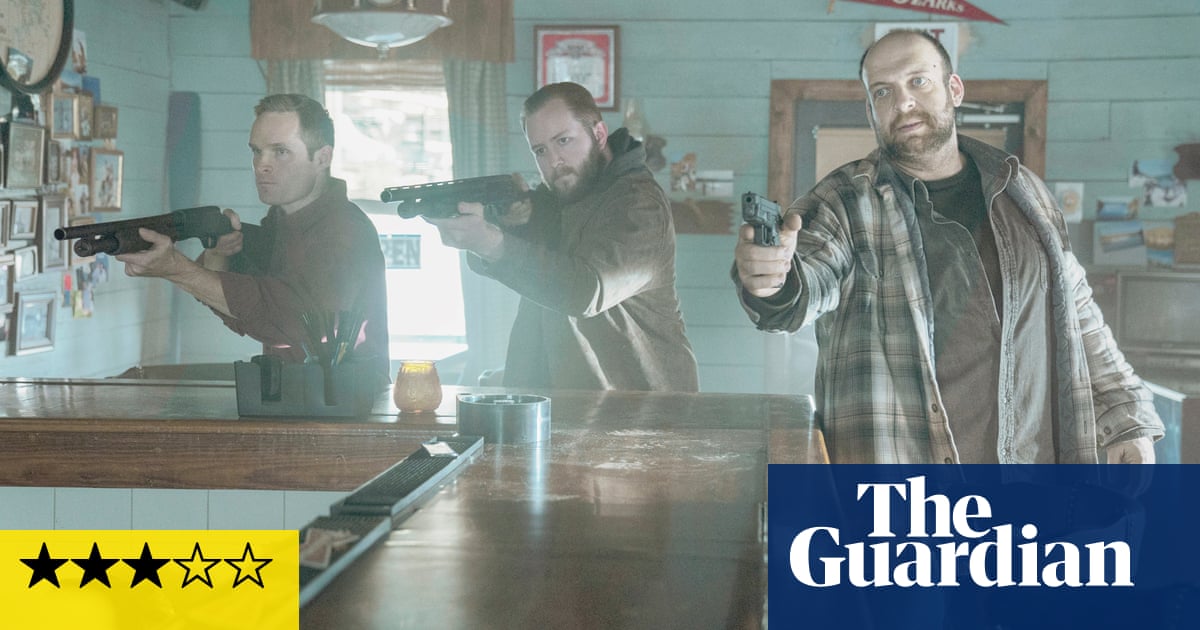 Good news for fans of Jason Bateman looking scrawnier than usual while attempting to fast-talk his way out of precarious situations. Ozark – Netflix’s white-collar crime tale set against the beautiful but benighted backdrop of Missouri – has returned for a second 10-episode season and has upped the scenes of Bateman squirming through morally dubious quandaries while studiously avoiding any prolonged self-examination. The role of ethically flexible financial advisor Marty Byrde has turned out to be a great, Emmy-nominated fit for the actor; a hollowed-out, smarm-gone-sour variation of his usual harangued everyman.

Marty is still marooned in the Ozarks with his peeved wife Wendy (Laura Linney) and kids until he can make good on an escalating money-laundering deal with a callous Mexican drug cartel. After the lethal climax of season one, season two begins with a time-honoured genre trope: how will a verbal hustler such as Marty deal with the messy business of getting rid of a dead body? It helps if you are in cahoots with a grizzly local drug kingpin such as Jacob Snell (Peter Mullan), who efficiently shuts down Marty’s attempts to micromanage the disposal operation: “This is a drill we’re familiar with.”

Ozark, too, risks feeling a little familiar. With Marty and Wendy up to their necks in it, you have a longstanding couple guiding (and sometimes prodding) each other down a wicked path, ground that was well-trodden in both Breaking Bad and The Americans. The backwoods noir vibe also recalls the magnificent Elmore Leonard adaptation Justified, although, unlike that show, Ozark goes to great lengths to leach as much colour and humour out of its story as possible, as if sheer ominousness is a shortcut to being considered prestige drama.

If the hook in season one was the big-city Byrdes migrating from Chicago and expecting to run rings around the yokels, only to rub up against resistance from fiercely territorial ne’er-do-wells, season two sees Marty and Wendy start to go native. Deals and alliances with the likes of Snell and his ornery wife Darlene (Lisa Emery) have made them part of the local illicit ecosystem, even as they try to seal themselves off by upgrading the security at their dingy yet enviable lake house.

Janet McTeer is a welcome addition as Helen Pierce, a power-dressing lawyer from Chicago working for the cartel, a steelier spin on the bagman who usually appears in these stories to intimidate or coerce those who require it. She’s as skilled a talker as Marty, throwing out loaded questions and veiled threats with an unblinking stare. Even if she has a big mean dude on hand to dish out persuasion when required, you get the distinct sense Pierce isn’t deluded about her culpability. She knows what she’s doing and what it will mean for her soul, and appears to have made peace with that.

Amid the moral and visual murk, Linney remains luminous, a skilled political operator who more than pulls her weight during the couple’s under-the-table dealings. It is Wendy who initiates the key meeting that could save their bacon, the first step towards building an ambitious casino if the Byrdes hop through the right hoops. Casinos are the stuff of money-laundering dreams, the Breaking Bad equivalent of building a hotel on Mayfair. But if steering the correct regulatory course to open a gambling establishment sounds a little dull for a season-long arc, there are at least two gut-punch moments of violence in the opening episode. Perhaps tellingly, one serves as a warning that sometimes you can’t talk your way out of things. Hopefully Marty has a plan B.