Review: Guy Pearce Is ‘Jack Irish’ in a Noir Down Under 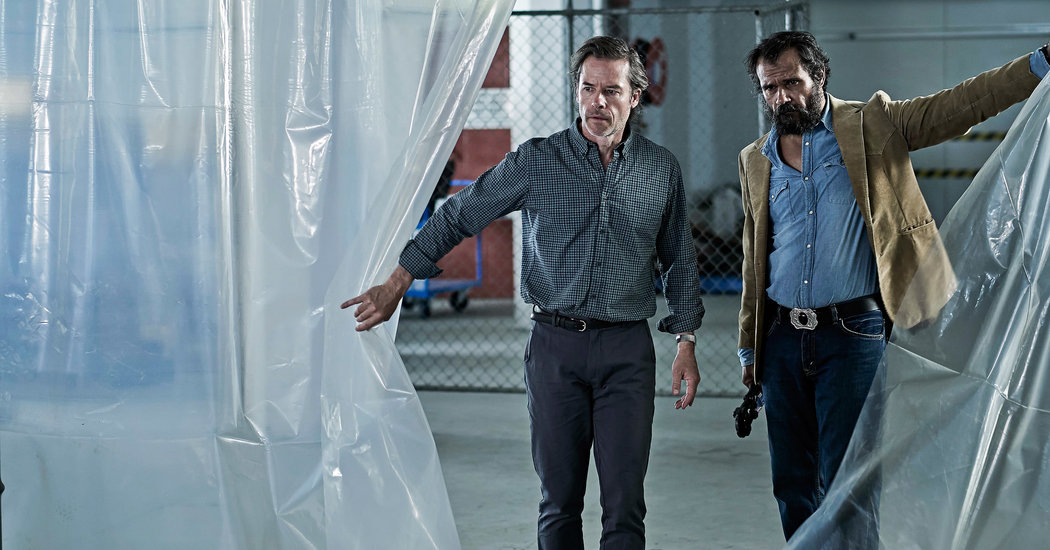 When you’re writing a hard-boiled mystery series with a tragically stoic protagonist — a significant chunk of the television market these days — a little comic self-awareness is a valuable commodity.

“It’s never straightforward with you, is it, Jack?” a friend asks the eponymous hero of “Jack Irish,” after what looked like a traffic accident turns out to be a homicide with ties to academic fraud, drug dealing, dirty immigration agents and big pharma. “Never just a meat-and-three-veg murder?”

“Jack Irish,” an Australian series whose second six-episode season goes up at Acorn TV on Monday, is in the same general category as Amazon’s “Bosch” (based on books by Michael Connelly) and “C.B. Strike,” the BBC-Cinemax adaptation of J.K. Rowling’s mystery novels. That is, it’s a straightforward, noirish mystery starring a laconic, mostly noble, unapologetically genre-friendly gumshoe. (The first “Irish” season and three previous TV movies, all available at Acorn, were based at least in part on novels by Peter Temple, who died in March; the new season is original.)

The show is set apart, though, by its sense of humor, a quality that’s usually rationed in TV mysteries these days to preserve an overall (and often suffocating) atmosphere of seriousness. “Jack Irish” isn’t unserious — there are grisly deaths and beatings, and the incident in the first movie, “Bad Debts” (2012), that threw the high-flying lawyer Irish off the rails and into a life as a bagman and part-time private eye was unusually savage.

But it maintains a tricky, entertaining balance between the violence and suspense of its conspiracy-minded mysteries and a continuous current of deadpan, fondly cynical wit. Season 2 made me chuckle more often than any other recent non-comedy.

The key ingredient (beyond the writing, much of it by the playwright Matt Cameron, one of the show’s creators) is the casting of Guy Pearce as the diffident, depressed Irish, who, like any good Philip Marlowe clone, likes to be left alone but can’t keep quiet when he sees injustice. The pretty-boy pugnaciousness Mr. Pearce displayed in “L.A. Confidential” and “Memento” is on display here in a gentler form — he still leads with a pout and a thrust-out jaw, but now the effect is more rueful and self-deprecating than mean.

Harry and Cam carry the second season’s primary subplot, a lighthearted but bone-cracking account of a squabble among racetrack rivals. Unlike other streaming-era shows that struggle to fill out their eight- or 10-episode runs, “Jack Irish” stuffs an extraordinary amount of plot into its half-dozen hours. Irish, with help from Linda, Cam and other regulars (including the endearingly acerbic hacker Simone, played by Kate Atkinson), unravels a byzantine case on several continents while helping out at the track and looking after a surly new acquaintance who threatens to become a surrogate daughter.

Like a number of other current Australian series and films, the season’s mystery involves the treatment of immigrants, in this case the exploitation of students from around Asia who are lured to Australia by the promise of a more prestigious college degree than they could get at home. (For a broad comic treatment of the same subject, check out “Ronny Chieng: International Student” on Comedy Central’s cc.com.)

The students’ travails are primarily a device to get Irish’s conscience working, and they don’t exactly mesh thematically with the show’s overarching nostalgia for Melbourne’s simpler, funkier, more honest (perhaps imaginary) past. The season is consequently a little less satisfying on an emotional level than the earlier stories, where Irish’s motivations were more personal. But whether you’re caught up or a binge-ready newbie, it’s a show that should be on the noir fan’s watch list.