Review: The Gorgeous Heartbreak of ‘A Star Is Born’ 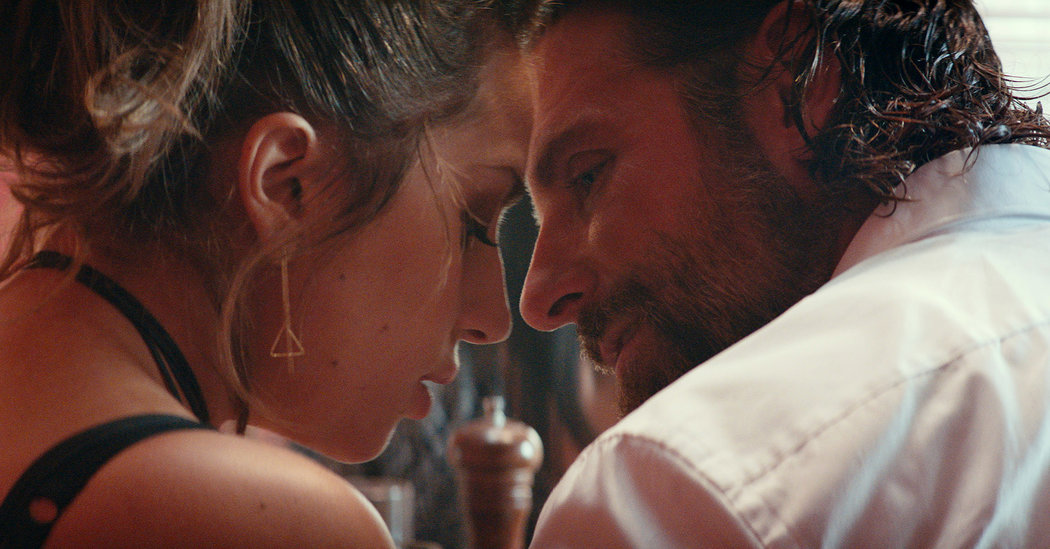 Part of what’s exciting about this “A Star Is Born” is that Mr. Cooper knows he’s telling one of the defining Hollywood stories and has given the movie the polish and scale it merits. He plays with intimacy and cinematic sweep, going in close when Ally and Jack are together so that the world falls away — a scene of them in a parking lot shows how conversation turns to courtship — only to then pull back so we can see the enormity of the world the lovers inhabit once Jack takes Ally on tour. And while the crowd seems little more than a surging blur the first time Jack plays, when Ally looks at the throng, she sees it and so do we.

The concert scenes of Jack and Ally performing are revved up but personal. (The production borrowed crowds from actual music festivals like Coachella, and their sheer size conveys the enormity of Jack’s stardom.) Mr. Cooper sings pleasantly enough and throttles an electric guitar with persuasive fervor. He’s backed by the group Lukas Nelson & the Promise of the Real (Lukas’s dad is Willie Nelson). The music mixes standards with new songs, some written by Mr. Cooper, Lukas Nelson and Lady Gaga, whose supple, often electric singing can, at full throttle, express intensities of feeling far better than the dialogue.

Like many filmmakers, Mr. Cooper sometimes explains too much. It isn’t enough that Jack drinks; Mr. Cooper wants us to know why. So, he fleshes out Jack’s past, turning melodrama into therapy and robbing the character of mystery. One of the weakest scenes, a violent confrontation between Jack and his much-older brother, Bobby (Sam Elliott, whose deep drawl Mr. Cooper has borrowed), is an information dump. In one of the finest, Bobby just wordlessly drives away from Jack, and Mr. Elliott lets you see the ferocity of the brothers’ love — and their pain — in eyes that have begun to water and in a stone face that will shatter.

Mr. Cooper spends more time on the story’s male lead than previous iterations have, perhaps because he’s taken the role himself. The focus on Jack — he scrapes bottom, goes into recovery — somewhat weighs down the remainder of the movie, partly because too much of it is overly familiar. At times, Mr. Cooper seems to share Jack’s unease with Ally’s stardom, particularly after she connects with a manager (Rafi Gavron, oozing sleaze) and transforms from a soulful crooner into a writhing automaton with soulless beats and backup singers. Ally puts on the mask that Mr. Cooper has removed from Lady Gaga, suggesting that — unlike Jack’s — her art is less than pure.

Male self-aggrandizement is baked into the story’s foundation but not ruinously. Jack doesn’t just help turn Ally into a star, giving her the big break she needs. His trauma — she’s insecure, but he’s damaged — becomes a deep well that she draws from, allowing her to become a greater artist. In part, the story is as creaky as that of Pygmalion, the male sculptor who turns a beloved carving into a woman. Yet one of the pleasures of “A Star Is Born” in all its renditions is that it is also about a woman whose ambitions are equal to those of any man and who steadily rises as she weeps and sings toward fabulous self and sovereignty.