Streaming: The Y.A. Surge at Netflix Is On, With Two Good Comedies 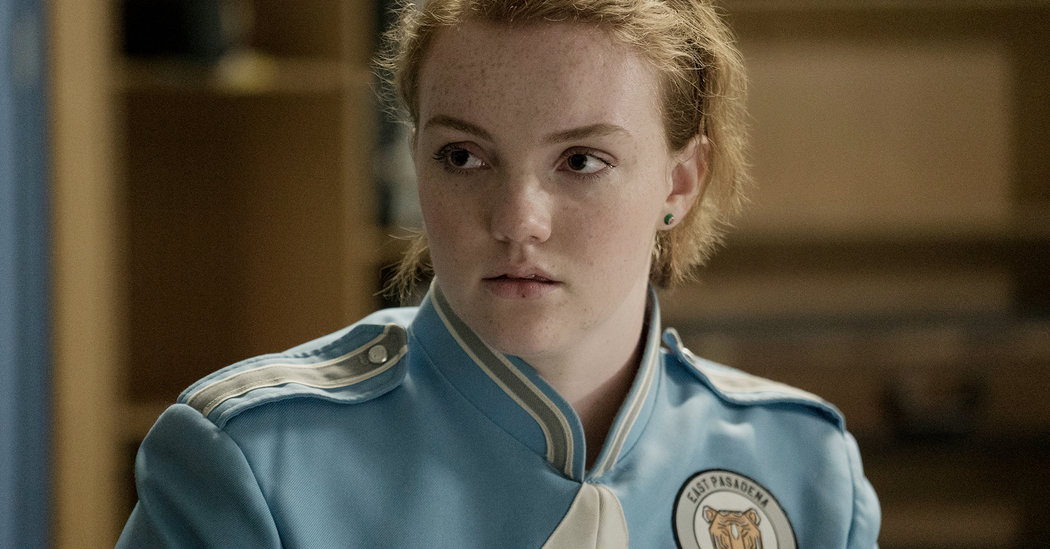 Ms. Johnson directs the picture with an assurance that matches that of her plucky protagonist. A lot of the movie’s visual touches bring to mind Michel Gondry and Wes Anderson, but Ms. Johnson wears her influences lightly, using them in ways integral to the material. (Her 2016 feature, “Carrie Pilby,” starring Bel Powley as an academic prodigy having trouble getting her adult life started, is much more straightforward but still stylistically noteworthy.)

“SIERRA BURGESS IS A LOSER,” directed by Ian Samuels from a script by Lindsey Beer, is more conventional in its approach. It’s one of those movies that makes you wonder whether today’s high schools have different entrances on either end of the building, because whenever the popular kids meet up with the unpopular kids, they’re always shot approaching each other from opposite directions in the hallway.

The unpopular kid is the title character, played by Shannon Purser of Netflix’s series “Stranger Things.” She’s sweet, smart (brilliant, actually) and beloved by her sweet, smart parents, both played by veterans of John Hughes films. The dad is a famous author portrayed by Alan Ruck, so memorable as Cameron in “Ferris Bueller’s Day Off,” while Mom is Lea Thompson of “Some Kind of Wonderful” (directed by Howard Deutch but written and produced by Mr. Hughes). Sierra is expected to be some kind of literary whiz kid, but what she really wants to do is sing.

And to be liked by a boy. She has no particular boy in mind, at first. But mean girl Veronica (Kristine Froseth) pranks hunky nice guy Jamey (Noah Centineo again — this fellow’s going places!) by giving him Sierra’s phone number after he asks for Veronica’s, and soon Sierra and the unsuspecting Jamey are texting each other and getting along.

Once again, a strange alliance suggests itself: Sierra offers to help Veronica win back a creepy object of desire (by making her look “smart”) if Veronica will masquerade as Sierra by sending cute selfies. It’s kind of “Cyrano de Bergerac” with smartphones. And of course it gets more complicated once face-to-face meet-ups are scheduled.

As mean girls go, Veronica is plenty mean, but this is one of those compassionate Y.A. tales with a “hurt people hurt people” lesson. Veronica’s damage is explained by her overbearing mom (Chrissy Metz, in a broad performance that’s a big contrast to her role on the series “This Is Us”) who in turn reveals damage of her own. The main point is that Veronica’s collaboration with Sierra makes her a better person, and also helps Sierra’s confidence, although both have to clear some big ethical hurdles to arrive at the happy ending

There’s sharp dialogue throughout. When Veronica grows impatient with Sierra’s tutorials, she asks “Is there a ‘For Dummies’ version of your ‘For Dummies’ version of Greek philosophy?” I am not inclined to watch Y.A. movies for my own fun, but between these two titles and “The After Party,” it’s clear to me that more-watchable-than-average Y.A. movies are an integral part of Netflix’s strategy for world domination. You have been warned.