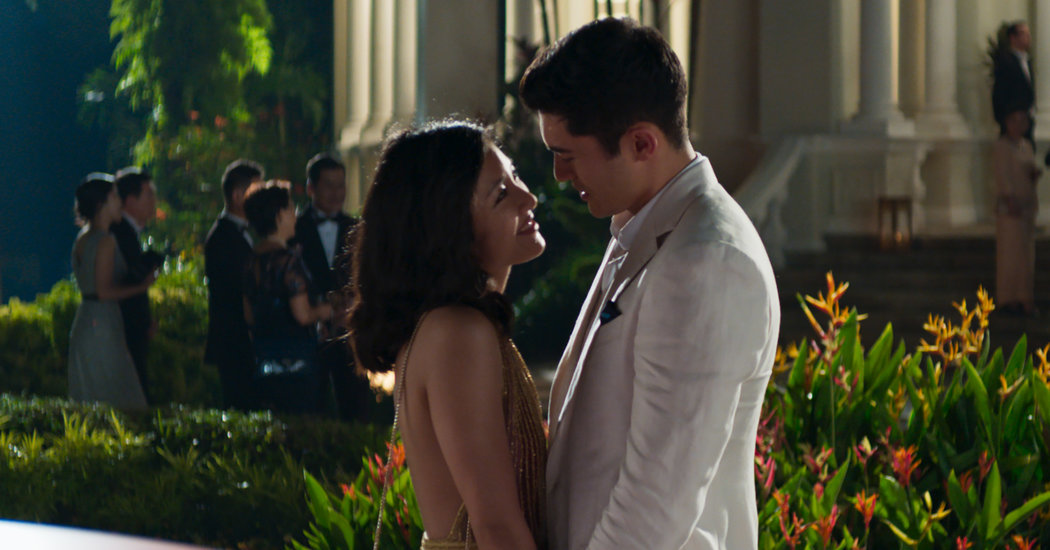 The summer movie season started on an appropriately unsettling note as Marvel killed off half its superheroes, and though the apocalypse of “Avengers: Infinity War” will no doubt be reversed in the next installment, the lesson was clear: The summer-movie stakes are higher than ever, and no one — neither superhero nor major studio — is safe. Disney, the mammoth entity that owns Marvel as well as other moneymakers like Pixar and Lucasfilm, sealed a deal this summer to acquire most of 21st Century Fox, and you can expect jobs and projects from that venerable studio to disappear as though Josh Brolin’s “Infinity War” villain Thanos had snapped his fingers once more.

What else happened during this bold, bloody season, and who was left standing at the end? Here are some winners, losers and survivors as Hollywood’s summer wraps up.

‘Crazy Rich Asians’ and the return of the rom-com

Box-office watchers were agog when “Crazy Rich Asians” (made for $30 million) put up second-weekend numbers that were virtually the same as its $26 million opening weekend. That sort of hold is unicorn-rare in Hollywood, and taken in concert with the record-breaking business posted by “Black Panther” earlier this year, it ought to serve as ample proof that there is a financial upside to reflecting the world as it actually looks.

[Want to read more about the movies? Sign up for Movies Update, our weekly newsletter.]

Another lesson that I hope Hollywood will learn from the success of “Crazy Rich Asians” is that audiences are starved for a good romantic comedy. The genre that minted stars like Reese Witherspoon and Sandra Bullock has fallen into disrepair: As studios began squeezing midbudget movies out of summer slates stocked with expensive superhero movies and dirt-cheap horror entries, the rom-com was first to go.

Netflix, at least, has rushed to fill the gap: The streaming service’s romantic comedies like “Set It Up,” “The Kissing Booth” and “To All the Boys I’ve Loved Before” have proved to be word-of-mouth hits, and Netflix even waged an aggressive push to land the “Crazy Rich Asians” series before the director Jon M. Chu insisted on a traditional theatrical release. But will other studios finally realize there is still big business in the rom-com, or will they treat “Crazy Rich Asians” as a once-in-a-blue-moon fluke instead of an object lesson?

The highest-grossing film each of the last three years came from the “Star Wars” franchise, but this year’s installment, “Solo: A Star Wars Story,” wasn’t even the biggest hit of May. (That would be “Deadpool 2,” which grossed $318 million to “Solo’s” $213 million.)

No one expected “Solo,” an origin story for the iconic space smuggler once played by Harrison Ford, to perform this badly, and the film’s foreign take was similarly weak: Though the 2016 stand-alone “Rogue One: A Star Wars Story” made $523 million overseas without any recognizable leads, “Solo” sputtered out at $179 million. It’s clear that Lucasfilm must reconsider planned spinoffs for characters like Obi-Wan Kenobi and Boba Fett. If Han Solo can’t pull in audiences, who can?

The behind-the-scenes clashes on “Solo” were well-documented — the original directors Phil Lord and Christopher Miller were fired during production and replaced by Ron Howard, who reshot more than half the movie — and may have contributed to the film’s wan word of mouth, but in truth, the sequels of many recently resurrected franchises have struggled to recapture the same nostalgic pop of their first return to the spotlight. Just as “Solo” failed to deliver the same giddy, gotta-see factor of “Star Wars: The Force Awakens” in 2015 — the biggest domestic grosser in history — so, too, did this summer’s “Jurassic World: Fallen Kingdom” decline a significant amount from the 2015 “Jurassic World,” posting $413 million against the $652 million for its predecessor. That’s still enough money to make it a blockbuster (worldwide, the film is a billion-dollar grosser), but the depreciation is proof that while these franchises used to be special events, we’ve simply gotten used to them.

Smaller distributors like to counterprogram in the summer by pushing out acclaimed indies and documentaries, then hoping for the best. Usually, that sector is in great shape if even one documentary becomes a hit; this summer, there were three.

First, “RBG” told the story of Supreme Court Justice Ruth Bader Ginsburg to great success, grossing nearly $14 million, an enormous personal best for its distributor, Magnolia Pictures. In June, the Fred Rogers documentary “Won’t You Be My Neighbor?” became an even bigger success. It has drawn $22 million so far, the best a nonconcert or non-nature documentary has fared in more than five years. Yet the Rogers movie didn’t cannibalize the market: Just weeks after it was released, Neon put out the twisty “Three Identical Strangers,” which has also passed the all-important $10 million mark at the box office.

Given these results, will real people become summer-movie stalwarts just like superheroes? While it’s certainly a boom time for documentaries, I’d point out that the three that broke through were not unlike the sort of viral videos that flourish on social media: “Three Identical Strangers” feels like a “You’ll never believe it” Buzzfeed post come to life, while the trailers for “RBG” and “Won’t You Be My Neighbor?” play very much like those feel-good montages that can rack up millions of shares on Facebook. Documentaries may be big business right now, but only if the films feel like something you could click on.

MoviePass struggles, but it can chalk up one success

Not even the summer films themselves could offer the darkly comic twists and turns of MoviePass. The disruptive company made headlines last summer for offering a $9.95 monthly plan letting subscribers see one movie a day, the sort of eyebrow-raising bargain that had people wondering how MoviePass could turn a profit.

Indeed, as moviegoers began signing up in huge numbers, MoviePass amended the plan nearly a dozen times, struggling to make the company financially feasible instead of a money-bleeding operation. Certain theaters or films would fail to show up on the MoviePass app, depending on who the company was warring with at the time, and blockbusters were increasingly locked out altogether or tagged with a surge fee. This month, MoviePass announced a deal that’s decidedly more limited: Subscribers can now see just three movies per month, and those picks still come with tremendous caveats.

Yet if there’s something MoviePass was successful at, it’s demonstrating that people still want to go out and see a movie, even in the age of streaming. They simply want different options other than a single, high-priced ticket, and already, companies like AMC and Sinemia are rushing to fill the gap with new plans. In an era when consumers pony up a monthly fee to access all that Spotify, Netflix or Hulu can provide, why shouldn’t theatrical moviegoing offer a similar subscription model?