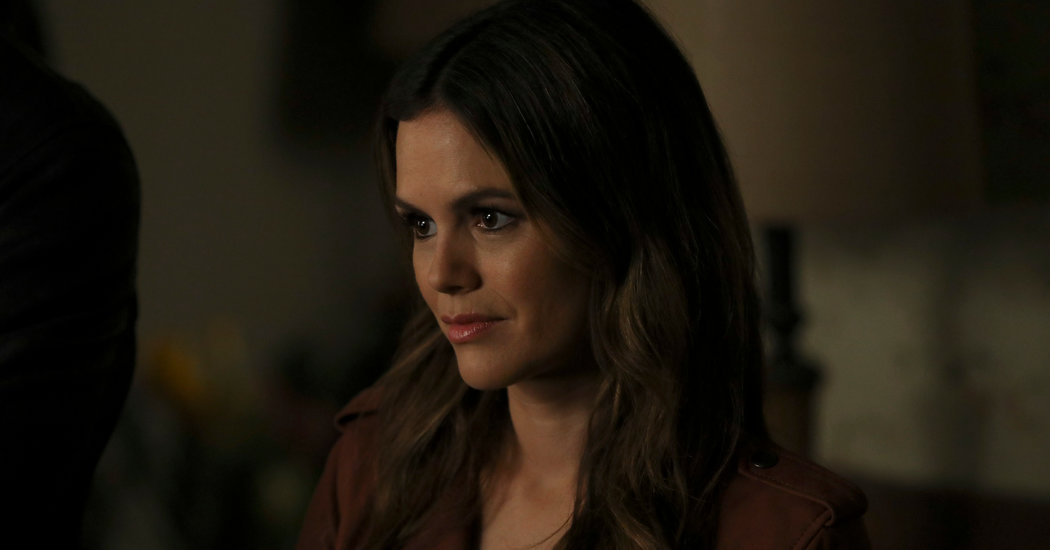 TAKE TWO 9 and 10 p.m. on ABC. Sam Swift (Rachel Bilson), a former cop-TV-show star, has a highly publicized breakdown that lands her in rehab. When she emerges, she teams up with a private investigator, Eddie Valetik (Eddie Cibrian). Two new episodes will run back to back. In the first, Sam and Eddie travel to Northern California to investigate the disappearance of a woman in a wheelchair whose son claims he witnessed her abduction. In the second, another detective receives a distressed phone call from her younger brother and she turns to Sam and Eddie for help.

THE GREAT FOOD TRUCK RACE 9 p.m. on Food Network. Seven teams started out this season of “The Great Food Truck Race.” They sprinted across the West, concocting original dishes and vying for a $50,000 prize. In his report on the first season in The New York Times, Josh Eells noted that “for the most part the story lines mirror the obstacles the trucks face in real life.” He continued: “Tires go flat. Generators conk out. Angry neighbors complain. Cops are called.” In this season finale, two teams remain and the challenge involves chayote squash and habanero peppers. The previous five episodes of the season are on Food Network starting at 4 p.m.

SING (2016) on Netflix. In this animated homage to show business, Buster Moon (a koala voiced by Matthew McConaughey) is a theater entrepreneur who has fallen on hard times. He concocts a plan to revive his theater, assembling a cast of misfit performers for a single comeback performance. Though his plans go awry, lessons are learned and the show must go on. A mouse, a gorilla, a harried mother who happens to be a pig and a postpunk porcupine are just some of the performing animals of Moon’s production. The film is directed by Garth Jennings.

MILLION DOLLAR BABY (2004) on Netflix. Maggie Fitzgerald (Hilary Swank) wants the cantankerous Frankie Dunn (Clint Eastwood) to train her as a boxer. Unfortunately, he thinks she’s too old and he doesn’t train women. She finds an ally, though, in Eddie Dupris, known as Scrap-Iron (Morgan Freeman), Frankie’s friend and employee. Mr. Eastwood directed, co-produced and scored this film, which won Oscars for best picture, best actress (Ms. Swank), best director and best supporting actor (Mr. Freeman). A. O. Scott wrote in his review in The Times, “Clint Eastwood’s ‘Million Dollar Baby’ is the best movie released by a major Hollywood studio this year.” The film succeeds, he added, because it is “directed in a patient, easygoing style, without any of the displays of allusive cleverness or formal gimmickry that so often masquerade as important filmmaking these days.”