These are the books that have been nominated for summer reading with the book group.  None of them are particularly “summery” although The Dry is set during a very harsh Australian drought!  Here’s a recap of all four books in the order they were suggested, complete with amazon blurbs: 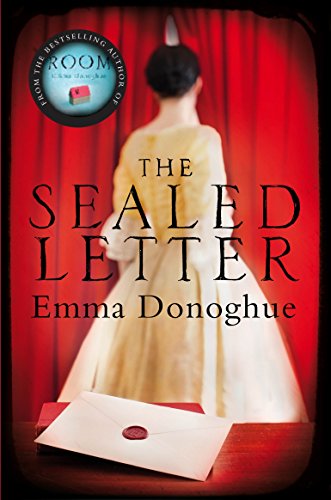 The Sealed Letter – Emma Donoghue
‘The Sealed Letter is a page-turner with a jaw-dropping ending’ StylistHelen Codrington is unhappily married. Emily ‘Fido’ Faithfull hasn’t seen her once-dear friend for years. Suddenly, after bumping into Helen on the streets of Victorian London, Fido finds herself reluctantly helping Helen to have an affair with a young army officer.

The women’s friendship quickly unravels amid courtroom accusations of adultery, counter-accusations of cruelty and attempted rape, and the appearance of a mysterious ‘sealed letter’ that could destroy more than one life . . .

Based on a real-life scandal that gripped England in 1864, Emma Donoghue’s The Sealed Letter is a delicious tale of secrets, betrayal, and forbidden love. 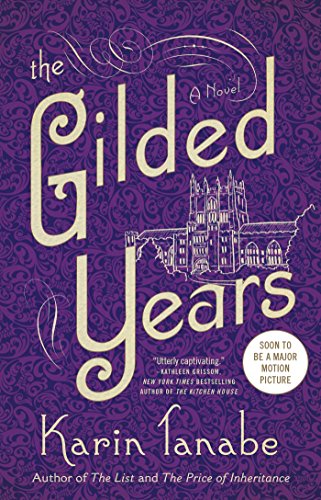 The Gilded Years – Karin Tanabe
“Passing “meets “The House of Mirth” in this utterly captivating (Kathleen Grissom, “New York Times “bestselling author of “The Kitchen House)” historical novel based on the true story of Anita Hemmings, the first black student to attend Vassar, who successfully passed as white until she let herself grow too attached to the wrong person. Since childhood, Anita Hemmings has longed to attend the country s most exclusive school for women, Vassar College. Now, a bright, beautiful senior in the class of 1897, she is hiding a secret that would have banned her from admission: Anita is the only African-American student ever to attend Vassar. With her olive complexion and dark hair, this daughter of a janitor and descendant of slaves has successfully passed as white, but now finds herself rooming with Louise Lottie Taylor, the scion of one of New York s most prominent families. Though Anita has kept herself at a distance from her classmates, Lottie s sphere of influence is inescapable, her energy irresistible, and the two become fast friends. Pulled into her elite world, Anita learns what it s like to be treated as a wealthy, educated white woman the person everyone believes her to be and even finds herself in a heady romance with a moneyed Harvard student. It s only when Lottie becomes infatuated with Anita s brother, Frederick, whose skin is almost as light as his sister s, that the situation becomes particularly perilous. And as Anita s college graduation looms, those closest to her will be the ones to dangerously threaten her secret. Set against the vibrant backdrop of the Gilded Age, an era when old money traditions collided with modern ideas, Tanabe has written an unputdownable and emotionally compelling story of hope, sacrifice, and betrayal and a gripping account of how one woman dared to risk everything for the chance at a better life.” 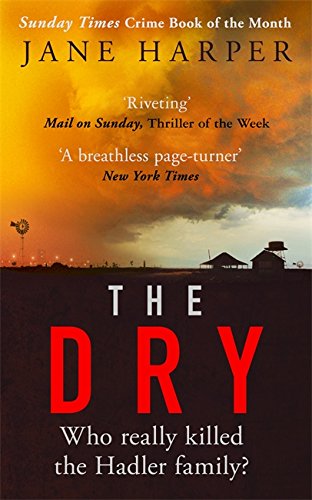 I just can’t understand how someone like him could do something like that.  Amid the worst drought to ravage Australia in a century, it hasn’t rained in small country town Kiewarra for two years. Tensions in the community become unbearable when three members of the Hadler family are brutally murdered. Everyone thinks Luke Hadler, who committed suicide after slaughtering his wife and six-year-old son, is guilty.

Policeman Aaron Falk returns to the town of his youth for the funeral of his childhood best friend, and is unwillingly drawn into the investigation. As questions mount and suspicion spreads through the town, Falk is forced to confront the community that rejected him twenty years earlier. Because Falk and Luke Hadler shared a secret, one which Luke’s death threatens to unearth. And as Falk probes deeper into the killings, secrets from his past and why he left home bubble to the surface as he questions the truth of his friend’s crime. 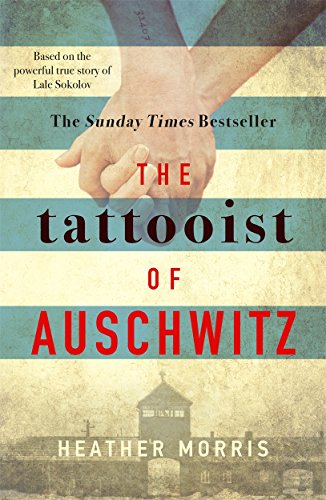 The Tattooist of Auschwitz – Heather Morris
In 1942, Lale Sokolov arrived in Auschwitz-Birkenau. He was given the job of tattooing the prisoners marked for survival – scratching numbers into his fellow victims’ arms in indelible ink to create what would become one of the most potent symbols of the Holocaust.Waiting in line to be tattooed, terrified and shaking, was a young girl. For Lale – a dandy, a jack-the-lad, a bit of a chancer – it was love at first sight. And he was determined not only to survive himself, but to ensure this woman, Gita, did, too.

So begins one of the most life-affirming, courageous, unforgettable and human stories of the Holocaust: the love story of the tattooist of Auschwitz.

There’s only one of them that I have actually read before but I am happy to read it again if it gets chosen.  And I own two of the books already, so I’m not sure how I am going to vote.  Have you read any of these books?  How would you vote?

UPDATE:  We chose The Dry by Jane Harper and will be reading that in June