Welcome to Halloween Month! The votes are counted and this month we have three spooky books for you this month.

The first book we will be reading with the group is The Shining by Stephen King.   Your host for this discussion is Ginger. 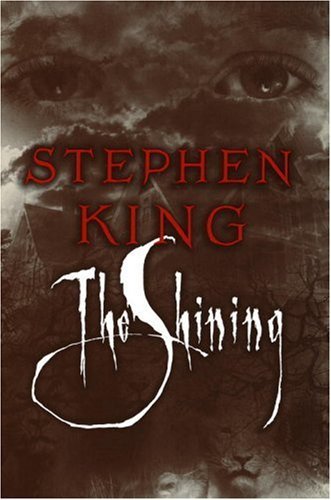 First published in 1977, The Shining quickly became a benchmark in the literary career of Stephen King. This tale of a troubled man hired to care for a remote mountain resort over the winter, his loyal wife, and their uniquely gifted son slowly but steadily unfolds as secrets from the Overlook Hotel’s past are revealed, and the hotel itself attempts to laim the very souls of the Torrence family. Adapted into a cinematic masterpiece of horror by legendaryStanley Kubrick — featuring an unforgettable performance by a demonic Jack Nicholson –The Shining stands as a cultural icon of modern horror, a searing study of a family torn apart, and a nightmarish glimpse into the dark recesses of human weakness and dementia.

About the Author
Stephen King is the author of more than fifty books, all of them worldwide bestsellers. Among his most recent are Full Dark No Stars, Blockade Billy, Under the Dome, Just After Sunset, the Dark Tower novels, Cell, From a Buick 8, Everything’s Eventual, Hearts in Atlantis, The Girl Who Loved Tom Gordon, Lisey’s Story and Bag of Bones. His acclaimed nonfiction book, On Writing, was recently re-released in a tenth anniversary edition. King was the recipient of the 2003 National Book Foundation Medal for Distinguished Contribution to American Letters, and in 2007 he was inducted as a Grand Master of the Mystery Writers of America. He lives in Maine with his wife, novelist Tabitha King.

Please join us if you can!  Discussion takes place in the Book Group section of the forum.