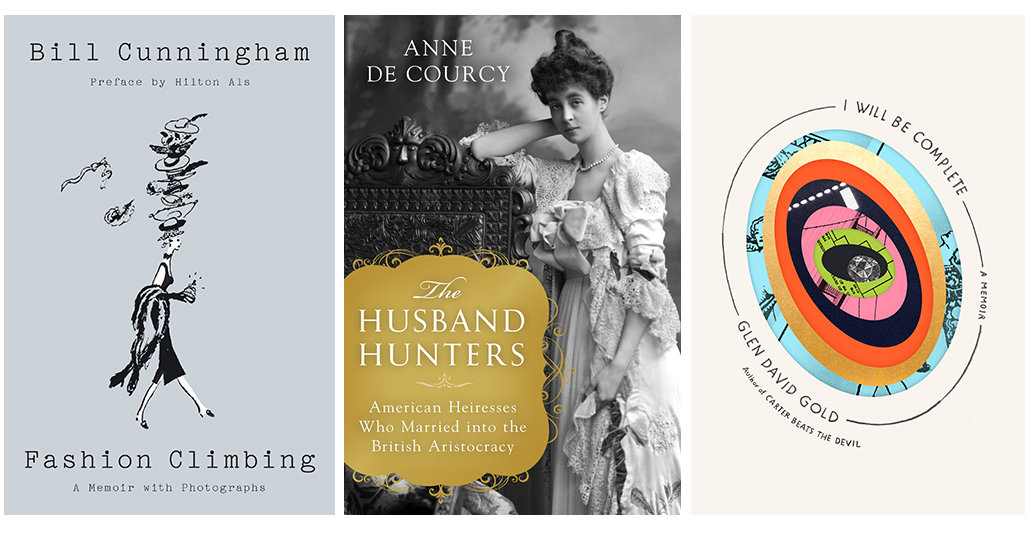 THE HUSBAND HUNTERS:American Heiresses Who Married Into the British Aristocracy, by Anne de Courcy. (St. Martin’s, $27.99.) Between 1870 and 1914, hundreds of cosseted young American women moved to Europe and turned control of their fortunes over to the impoverished British aristocrats they married. But why? “De Courcy’s diverting new study of this phenomenon,” Tina Brown writes in her review, “makes a persuasive case that a prime driver in the American heiress exodus was escape from the savage competitiveness of Gilded Age society in the capital of status, New York.”

THE FIGHTERS:Americans in Combat in Afghanistan and Iraq, by C.J. Chivers. (Simon & Schuster, $28.) In this forceful narrative of America’s recent wars, by a senior writer for The New York Times, soldiers who began their military service in a blaze of patriotism after 9/11 end up cynical, betrayed and often disfigured or dead. “Because of the way the stories and characters spool into one another with mathematical intensity, and the second-by-second in-your-face descriptions of prolonged battles from a sergeant’s eye view,” Robert D. Kaplan writes in his review, the book “could be the most powerful indictment yet of America’s recent Middle East wars.”

THE TRAITOR’S NICHE, by Ismail Kadare. Translated by John Hodgson. (Counterpoint, $25.) The quest for a rebel pasha’s severed head serves as a darkly satirical symbol in this sly Albanian novel originally published in 1978, an allegorical fable about 20th-century authoritarianism. “As this riveting novel unfolds — in brilliant, laconic, grimly comic fashion — it becomes apparent that the state is, in its own way, a frightful head,” our reviewer, Jason Goodwin, writes. “A Medusa, perhaps, with the capacity to destroy.”

IF YOU SEE ME, DON’T SAY HI, by Neel Patel. (Flatiron, $24.99.) The Indian-Americans in this debut story collection are less troubled by cultural clashes than they are by the unraveling of emotions. As friendships fester, marriages combust and families fall into civilized distemper, all the ties in Patel’s world unravel according to their own precise logic: none at all. “These stories,” Shaj Mathew writes in his review, “grieve not for individuals but for the idea that they can ever really be known.”

FLY GIRLS: How Five Daring Women Defied All Odds and Made Aviation History, by Keith O’Brien. (Houghton Mifflin Harcourt, $28.) The title honors the female aviators who were hindered by the deep gender inequities of the golden age of flying. These are women few of us have heard of before; as O’Brien explains of their forgotten histories, each woman “went missing in her own way.” Reviewing the book, Nathalia Holt writes that “O’Brien’s prose reverberates with fiery crashes, then stings with the tragedy of lives lost in the cockpit and sometimes, equally heartbreakingly, on the ground.”