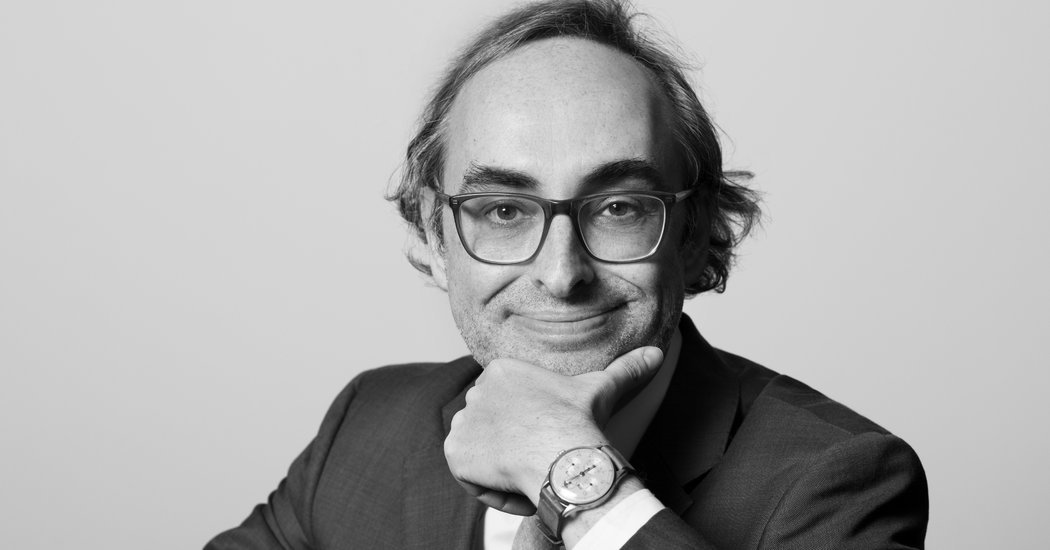 [ Peek inside Gary Shteyngart’s writing retreat, a 1930s Craftsman bungalow | “If there’s no suffering, I tune out”: Read about the books Gary Shteyngart loves, the ones he hates and the ones that shaped him as a writer ]

This is a mirage, of course, in much the same way Barry’s success has been, and the reader is in on the joke. We do not root for Barry; we root for his comeuppance. The source for that, we suspect, may be Barry’s wife, Seema, the latter half of a couple Shteyngart itemizes as “one powerful, the other beautiful.” The 29-year-old daughter of Indian immigrants, Seema was a Yale-degreed law clerk before she married Barry, had a son, then took “to doing what hedge-fund wives did best, building a carefully curated life for the family.” (“Marrying an accomplished woman and taking her off the job market,” Shteyngart writes, “was a way to telegraph success among Barry’s peers.”) With Barry on the lam, Seema immediately commences an affair with a novelist, but like most affairs it’s doomed and a little dreary. She frets about their son, Shiva, and, because it’s the summer of 2016, frets about the coming election, and every so often ponders just how she’s “become this scummy rich person,” exiled from her principles. The alternating Seema chapters lack the antic verve of Barry’s, and not only because Barry is high-tailing his way across America while Seema is back in their apartment scheduling therapists for their son. With Barry, the reader senses (and shares) Shteyngart’s glee as he sinks pin after pin into his finance-bro voodoo doll. With Seema, however, the reader discerns authorial restraint, even remorse. After a while Shteyngart mercifully flies in her parents from Cleveland for support.

Barry, thankfully, gets no such assistance. Set adrift on Greyhound, with a dwindling stake of both cash and delusions, he embarks upon a nostalgia tour, seeking to reunite with a college girlfriend who’s now a single mother teaching Holocaust studies in El Paso. Along the way he goes bumbling into an America that to him is so foreign as to require subtitles. “In the town of South Hill he saw a Walmart,” Shteyngart writes, “and wondered if that was the first one he had seen in real life.” In West Baltimore he talks wristwatches with a drug dealer and ends up with a rock of crack cocaine tinged with the sharp yellow “of a newborn Parmesan.” En route to Jackson, Miss., he strikes up an improbable romance with a young African-American woman whose generosity he mistakes for thievery. In between it all he takes in the bus window scenery sweeping by: “fake-hacienda suburbs,” a “diorama of cotton, oil and cattle.” A “payday loans sign lit up red and green like an advertisement for a Christmas that would never come.” (Shteyngart tosses lines this good like confetti.) Texas goes “on for 12 hours, much of it featureless,” he writes. “The state had had to invent its own greatness.” Texan vistas aside, Shteyngart finds muchness everywhere he looks, reveling in a surfeit of Americana, and chief among this novel’s pleasures is viewing the nation — its landscapes, its people, its curdled politics, its increasingly feudal inequalities — through the vibrant filters of Shteyngart’s Hipstamatic mind.

One does need to make allowances, however: for supporting characters that drop suddenly and permanently from the novel, as through trapdoors, and for the conceit of Barry’s deepening destitution on the road, the self-imposed nature of which keeps the stakes low. (There’s a difference, after all, between fasting and starving.) But these are easy dispensations to grant to a novel so pungent, so frisky and so intent on probing the dissonances and delusions — both individual and collective — that grip this strange land getting stranger. In “Lake Success,” Gary Shteyngart holds his adopted country up to the light, turns it, squints, turns it some more, and finds himself grimacing and laughing in almost equal measure.