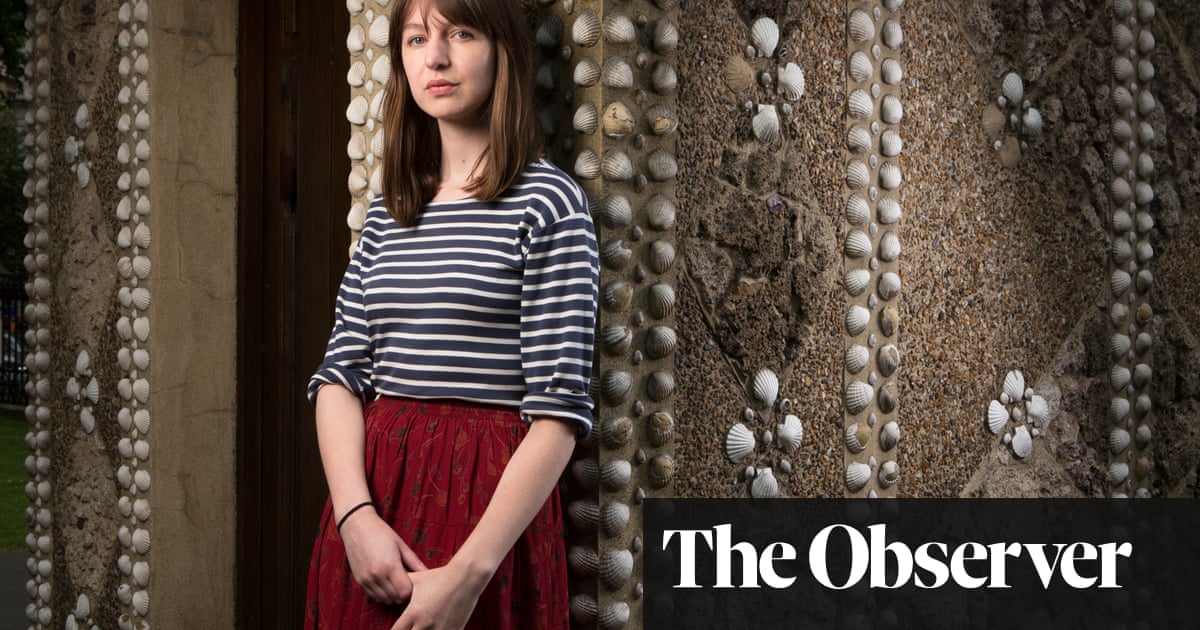 Sally Rooney’s astoundingly accomplished debut, Conversations With Friends, was universally and deservedly acclaimed. It’s rare that a novel elicits such ferocious and unmitigated awe from just about everyone you know, whether male, female, millennial or middle aged, my family included. It was hard to believe that the author was still in her 20s and even harder to imagine that she could ever write anything better. But she has. In fact, in almost every way, this new novel leaves that first book in the shade.

At first sight, the territory isn’t all that different. A twisting tale of on-off-on lovers, told over several years in a series of haltingly tender, endlessly misfiring conversations and even more tenderly misfiring sexual encounters. But where Rooney’s first novel was tight, slender, cool and (admirably) restrained, this one’s a whole lot more generous, expansive and explicit, as well as, actually, more controlled. It’s also deeply and unashamedly romantic, but in the most rapturously contemporary sense.

Marianne and Connell – clever, sensitive, awkward teenagers – go to the same school in Sligo, but Marianne lives in the “white mansion with a driveway”, where Connell’s mother works as a cleaner. Regularly thrown into each other’s company when Connell comes to pick his mother up, the two constantly wrestle with their feelings. Connell doesn’t think Marianne likes him much, but he’s keenly aware of the sense of “total privacy” between them, and the fact that when (often) they slide into embarrassed laughter “they couldn’t look at each other … they had to look into corners of the room, or at their feet”. It’s a surprise to them both (though not really to us) when they begin a hesitant, clandestine relationship. The latter because Marianne is considered at school to be a misfit, equally feared and mocked by the crueller members of their friendship group. But far from being indignant that Connell won’t own up to their liaison, our heroine – for reasons that will dawn slowly and chillingly as the novel unfolds – seems to accept it as her lot.

When both get places at Trinity College Dublin, it’s the start of a protracted will-they-won’t-they? love affair, with the two relentlessly, often wretchedly, ricocheting between sexual involvement, furious dumping and a touchingly easy friendship. You read on, with your breath held and only one blazing question in mind. How long is it going to take this pair of star-crossed lovers to find out what the rest of us have understood from page one: that they belong together?

It’s rare that I feel as daunted by the subtlety and complexity of a novel’s trajectory as by its near-perfect narrative execution, but in this case I doubt I’ll be alone.

Structurally, it’s uniquely clever, purporting to be straightforward – even downright linear – with chapters headed “One Month Later” or even, in one case, “Five Minutes Later”, while actually slyly and constantly looping back on itself, revisiting past moments and conversations and events (along with their contingent confusion, regrets and anxieties) in a way that not only illuminates the present, but also creates a delectable, mounting suspense. A simple enough trick, perhaps – not showy, not post-modern, not meta – but it feels like nothing you’ve come across before.

And then there’s the dialogue. Exactly as in her first novel, Rooney’s ear for the self-deluding fumblings of millennial dialogue, her wackily candid one-liners, her ability to mine both the comedy and the tragedy from any simple human interaction, are at once dazzlingly contemporary and enjoyably timeless. More than once, struck by her capacity for creating sparky, semi-erotic, verbal tension from mere discussion between a man and a woman, I was reminded of Jane Austen – think Pride and Prejudice with hangovers and finals thrown in.

But what’s most extraordinary and moving about this novel is the portrait of modern male psyche at its heart. Rooney’s Marianne is a beautifully realised – and beautiful – heroine, absolutely and defiantly able to be herself, rising always above the queasy mire of her background (her wealth and privilege are unsettlingly tinged with physical and emotional abuse), in a way that constantly unnerves those around her, not least Connell.

But it’s Connell who’s the stunning creation, achingly convincing in his maleness and his struggle to understand, and find an outlet for, his feelings. Intelligent, vulnerable and hopelessly incoherent, he is, in many ways, as fatally constrained by his own gender as Marianne seems, to some extent anyway, to be freed by hers.

Connell loves Marianne but does not know how to be with her, can’t own up to his emotions, can’t give her what she needs – but neither can he exist without her. Safely ensconced with a new, dull girlfriend who makes him feel more uncomplicatedly happy (or so he tells himself), he sends ever more lengthy emails to Marianne. On one pungently observed occasion, he dreams up a good phrase and gets ready to write to her “only to remember that he can’t email her when she’s downstairs”.

This is a beautiful novel with a deep and satisfying intelligence at its heart. It’s emotionally and sexually admirably frank (Marianne’s masochistic streak takes her down some dark paths), but also kind and wise, witty and warm. In the end, a little like Rooney’s first book, it’s a sympathetic yet pithy examination of the myriad ways in which men and women try – and all too often fail – to understand each other.

But what lifts it beyond Conversations is that there’s so much hope here. Marianne has “never believed herself fit to be loved by any person” but Connell has set her free from that place and, whatever happens next, it’s clear that this effect will be long-lasting. In fact, perhaps the question of whether these two will end up together isn’t even the real question. Love changes us, but it also frees us and, as Rooney asserts here so very triumphantly, no one can take that away.