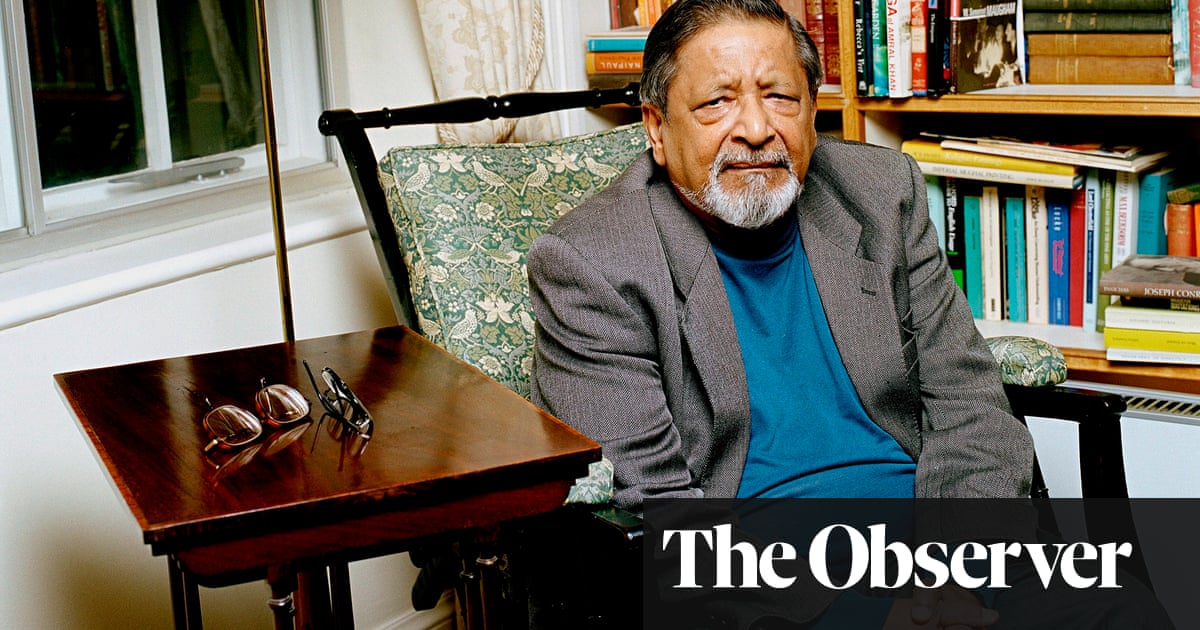 “A Bend in the River,” VS Naipaul has written, with that hint of creative inscrutability he cherishes, “remains mysterious.” At the same time, however, it is perhaps the novel that most nearly touches the author’s inner concerns. Salim, who comes from the east coast of Africa, from a long-established Indian trading family, uproots himself to the heart of an unnamed African country as a merchant and sets up shop in an unnamed town at this “bend in the river”. Salim, like Naipaul himself, is under no illusions about his move and declares, in a celebrated opening line: “The world is what it is; men who are nothing, who allow themselves to become nothing, have no place in it.”

Is this the Congo? Naipaul says so, conceding “an echo” of a journey he made to Kinshasa in 1975. His brilliantly reimagined fictional landscape conjures a hellish vision of the developing world’s endemic dislocation. The town in which Salim, “a man without a side”, sets up shop, formerly Arab, then colonial, becomes a microcosm of a society moving towards independence: a place of chaotic and violent change; tribal warfare, ignorance, poverty and human degradation. Salim’s story is punctuated by irruptions of violent death, a tormented love affair and his own complex, terror-struck response to the emergence of “the Big Man”, an archetypal African dictator.

Naipaul, who is of Indian ancestry like Salim, is drawn to this visceral and dangerous scene while being at the same time disdainful of its crudeness and savagery. Salim’s story articulates a vision of disorder and decline in a moment of post-imperial upheaval that has made Naipaul vulnerable to accusations of having reactionary artistic politics.

When, at the end, the character Ferdinand urges Salim to flee for his life, he does so in language that seems to open a window on to Naipaul’s inner vision: “We’re all going to hell, and every man knows this in his bones. We’re being killed. Nothing has any meaning… It’s a nightmare – nowhere is safe now.” Naipaul’s acid contempt for the independence struggle has inspired as much hostile criticism as Conrad for Heart of Darkness (No 32 in this series). Indeed, Naipaul towers next to Conrad, whose work surely inspired this novel. In his prime, Naipaul was the greatest living writer of English prose and this (in my judgment, slightly ahead of Guerrillas and The Enigma of Arrival) is his masterpiece.

A Bend in the River is set in central Africa, yet Naipaul claims he “knew very little about this part of the world when I settled down to write… I had travelled widely and it might have been said that there was nothing clear in my head.”

Nevertheless, the novel seems to have been written fast, from July 1977 to August 1978, with some of it, notably the “easy and complete fabrication” of the character Ferdinand, coming to Naipaul in a dream. He has added subsequently that his dream life has never been as fruitful since.

At first, Naipaul’s literary agent (soon to be fired) judged the book too “cerebral” and, as the author sourly notes, “a year’s work fetched only $25,000”. However, A Bend in the River, published by Knopf in New York in May 1979, immediately won powerful support from reviewers. The critic Elizabeth Hardwick praised “a haunting creation, rich with incident and human bafflement, played out in an immense detail of landscape rendered with poignant brilliance”.

John Updike (No 88 in this series) wrote: “Always a master of fictional landscape, Naipaul here shows, in his variety of human examples and in his search for underlying social causes, a Tolstoyan spirit.” This was especially generous. Updike had just published his own “African novel”, The Coup, and was coming under fire for straying into a landscape he could not understand.

Not everyone was so enchanted. Edward Said attacked a novel that, he declared, continued a long tradition of “hostility to Islam, to the Arabs”. A Bend in The River was shortlisted for the 1979 Booker prize but, perhaps because Naipaul had already won (in 1971) with In a Free State, he was passed over.

Politics has always hovered mutinously off stage in response to Naipaul’s work. When I interviewed him in 2008, he seemed resigned to the adversity and probably indifferent to it. He was already a Nobel laureate, probably the best riposte to the critics.

Three more from VS Naipaul

A Bend in the River is published by Picador. Click here to buy it for £7.99