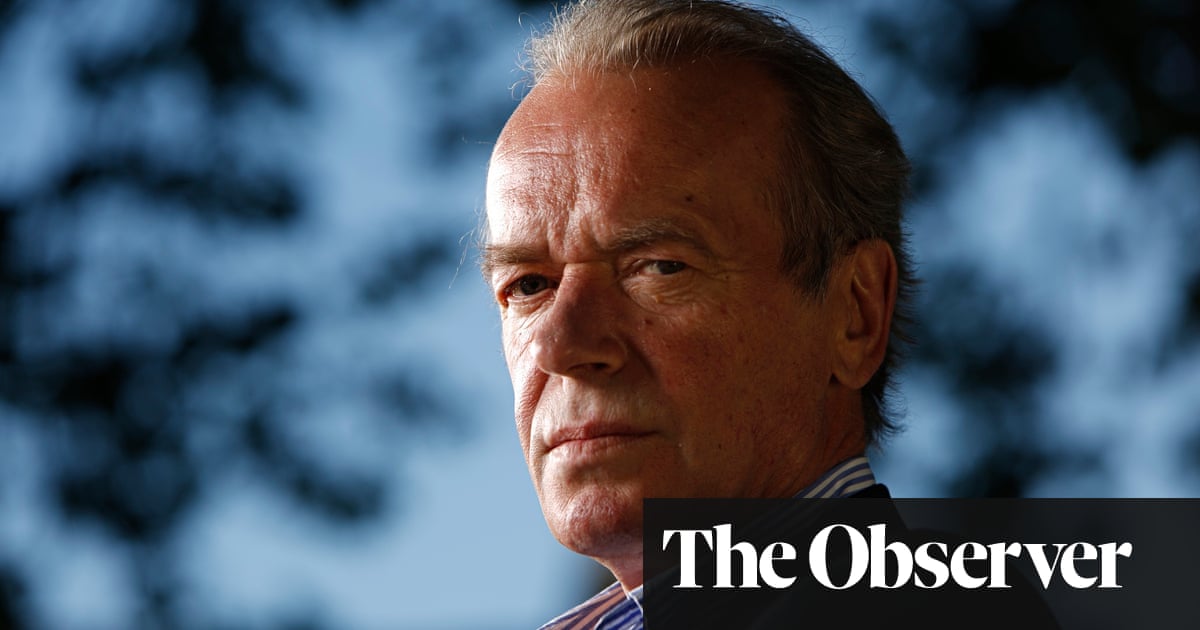 Perhaps more than any other novelist in this series, Martin Amis, who is also an outstanding essayist and critic, has punctuated his career with stern and candid reflections about the fates of writers and the afterlives of books. The only measure of success a writer should worry about, says Amis, is whether you’re still being read in 50 years. There is, he insists, “only one value judgment in literature: time”.

Money, a neo-Rabelaisian comedy, is probably Amis’s best bid for posterity, a zeitgeist book that remains one of the dominant novels of the 1980s. The hero of Money, according to its author, is “a semi-literate alcoholic”, John Self, whose appetite for pornography, drugs and fast food marks him out as an Amis favourite. Self’s self-loathing is compulsive: “My clothes are made of monosodium glutamate and hexachlorophene. My food is made of polyester, rayon and lurex. My rug lotions contain vitamins. Do my vitamins feature cleaning agents? I hope so. My brain is gimmicked by a microprocessor the size of a quark, and costing ten pee and running the whole deal. I am made of – junk, I’m just junk.” At the same time, Self glories in his supremacy, especially at the table: “There have been rich meat and bloody wine. There have been brandies, and thick puddings. There has already been some dirty talk. Selina is in high spirits, and as for me, I’m a gurgling wizard of calorific excess.”

Like many figures from the 80s, this ad-man narrator thinks he’s running the show – his life, loves, career, sleazy hedonism and all – but, actually, he’s a victim. Self, who is crisscrossing the Atlantic to make his first feature film, “Good Money” (later, “Bad Money”), becomes progressively mired in an accumulation of complex financial and sexual crises, linked to the corruptions of money, expressed through a series of hilarious set-pieces, which bring him to the edge of breakdown. Here, in a further provocation to English literary practice, the author steps into the narrative as “Martin Amis” and tries to prevent Self’s self-destruction. Thereafter, Money spirals towards its teasing, postmodern conclusion.

It’s probably wrong to interrogate Self’s brilliant monologue for the satisfactions of traditional English fiction. The narrator is all: “I’ve got to get this stuff out of my system. No, more than that, much more. I’ve got to get my system out of my system. That’s what I’ve got to do.” Money, according to Amis, is a novel of voice, not plot. The meaning of the “suicide note” subtitle emerges as part of the denouement, in a narrative resolution that’s more Nabokov than Dickens, to cite two of the influences presiding over the novel.

The thrill of Money, which is turbo-charged with savage humour from first to last page, is Amis’s prodigal delight in contemporary Anglo-American vernacular. In this novel, and London Fields, and finally The Information, he developed a voice that mesmerised a generation. The loquacious monsters of his fiction remain vivid and indispensable voices in the raucous polyphony of a new age, an essential precursor to the breakthroughs of the imminent new century. These are voices that are never less than wonderfully quotable: “The future could go this way, that way. The future’s futures have never looked so rocky. Don’t put money on it. Take my advice and stick to the present. It’s the real stuff, the only stuff, it’s all there is, the present, the panting present.” Amis has always been the novelist of the here and now.

Amis has said that Money is “a novel of voice”, and has described writing it, long-hand, in a notebook before translating that voice into typescript. In his Paris Review interview, he said: “The common conception of how novels get written seems to me to be an exact description of writer’s block. In the common view, the writer is at this stage so desperate that he’s sitting around with a list of characters, a list of themes, and a framework for his plot, and ostensibly trying to mesh the three elements. In fact, it’s never like that. What happens is what Nabokov described as a throb. A throb or a glimmer, an act of recognition on the writer’s part. At this stage the writer thinks, here is something I can write a novel about. In the absence of that recognition I don’t know what one would do. It may be that nothing about this idea – or glimmer, or throb – appeals to you other than the fact that it’s your destiny, that it’s your next book. You may even be secretly appalled or awed or turned off by the idea, but it goes beyond that. You’re just reassured that there is another novel for you to write. The idea can be incredibly thin – a situation, a character in a certain place at a certain time. With Money, for example, I had an idea of a big fat guy in New York, trying to make a film. That was all.”

In the same interview, Amis concedes that: “Money was a much more difficult book to write than London Fields because it is essentially a plotless novel. It is what I would call a voice novel. If the voice doesn’t work you’re screwed. Money was only one voice, whereas London Fields was four voices.”

When Money was published, the reviews generally recognised a landmark novel, founded on, but engaged in an argument with, the English literary canon partly prefigured in this series. The New York Times wrote: “The plot of Money is in a basic, grand tradition. A guy gets totalled. Maybe he survives in comedy but he’s spectacularly brought down. What makes this book special and important is that it revitalises its tradition. Its transatlantic urban showbiz patter and smart literary patterns could have been just a jaded fast-lane bummer, a depleting ride in John Self’s purple Fiasco – ‘a vintage-style coupe with oodles of dash and heft and twang’. But instead the book’s dash and heft and twang serve a deeper energy, a reimagined naivete that urgently asks a basic, grand question: what on earth are the rest of us supposed to make of the spectacle of a fellow human getting totalled?”

In Britain, the Spectator, not always an Amis fan, said of Money that it was “an epitaph to that decade (the 1980s) much more authentic and searching than The Bonfire of the Vanities or Less Than Zero.”