The Crimson Petal and the White – new BBC adaptation! 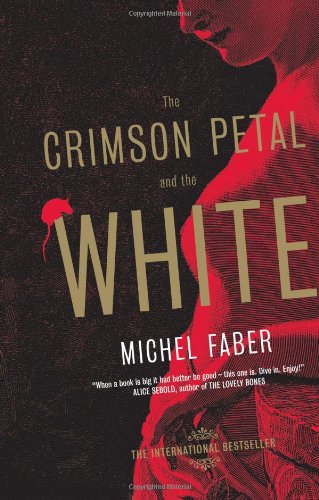 I was listening to a BBC radio show the other day and they were talking about this new production coming soon to BBC 2:

THE CRIMSON PETAL & THE WHITE
“If you dare enter this world,” declares Sugar, the heroine of Michel Faber’s The Crimson Petal And The White, “you had better tread carefully.”
Romola Garai, Chris O’Dowd, Gillian Anderson, Richard E Grant, Shirley Henderson, Amanda Hale and Mark Gatiss star in this four-part tale of love, lust, desire and revenge, adapted from Faber’s international best-selling novel.
Revealing the true underbelly of Victorian life in a way never before seen on screen, The Crimson Petal And The White is a bold and original new serial, adapted by acclaimed playwright and screenwriter Lucinda Coxon and directed by Marc Munden.

Evocative and sexually charged, this provocative and riveting emotional tale takes viewers into a hidden world seething with vitality, sexuality, ambition and emotion in which a young prostitute and a prominent businessman embark on a dangerous relationship with epic consequences.

I said on the forum in 2006 that I had this book in my TBR pile.  I’m embarrassed to say it’s still in there, or rather it got filed away on a regular non-TBR shelf where I forgot all about it.  One other reason why I didn’t read it was because of a previous experience with a Michel Faber book that did put me off reading any more of his and the only reason I bought this one in 2006 was because it sounded so good when I read about it in another book that I thought I would give it a try despite who the author was!  I think also at one point it was on the long list for our book group but it never made it any further.

But anyway, moving on, I’m going to try and read it before this show airs – ahem a mere 833 pages! – I just wish I knew when it was starting.

“When a book is big it had better be good – this one is.  Dive in. Enjoy!” – Alice Sebold, author of The Lovely Bones