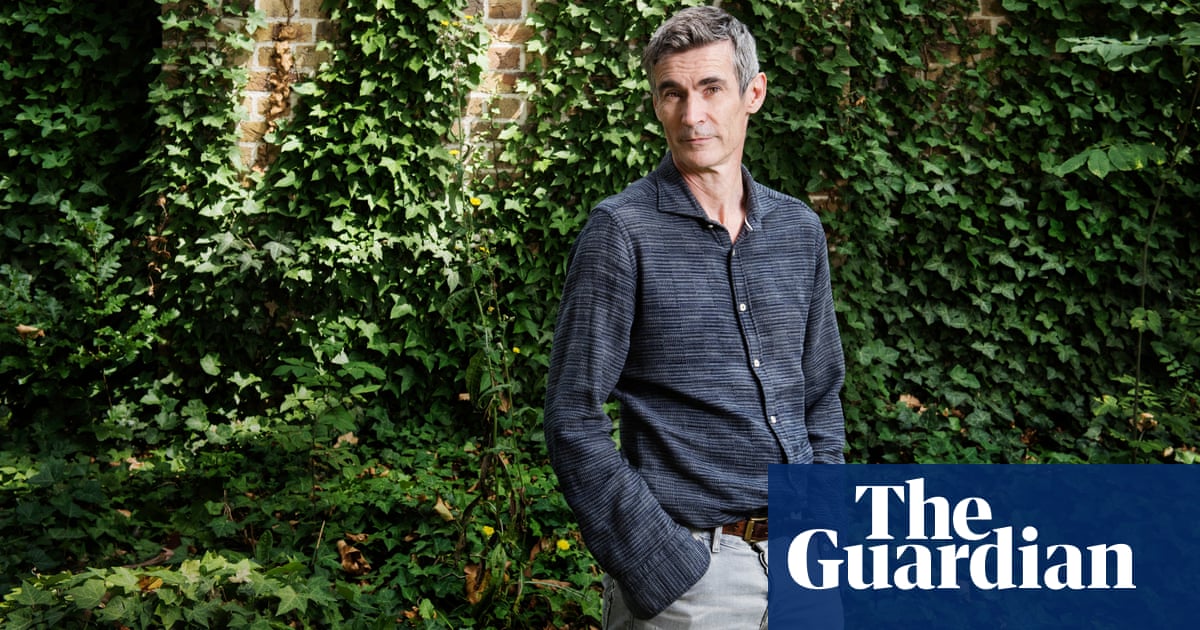 The book I’m currently reading
The Corner That Held Them by Sylvia Townsend Warner. It’s a long, dense book about medieval nuns. What’s not to like? It’s witty, knowledgeable, and gently on the side of women and their lot.

The book that changed my life
I think that has to be The Rainbow by DH Lawrence. I read it for A-level English and found it electrifying. I did not allow myself to read Women in Love for another two years; I wanted to have it in my future – the wonderful thing that was coming. Lawrence has fallen out of favour in the last 10, 15 years. He’s easy to lampoon, and perhaps seems too strident and too mannered for people to be comfortable with him today. I think he’s a great English treasure. It’s sad to think of readers – particularly young readers – not knowing anything about him; however, his time will come again. Some boy or girl, mad for reading, will stumble over him and tell the world they’ve just found this incredible new writer.

The book I wish I’d written
James Salter’s Light Years. A story about a marriage between two people who imagine themselves to be a little more special than they probably are. It’s full of high-wire writing and put together with a wonderful formal freedom. Innovative, sensual (hard to think of anyone who writes better about sex or light). Also, that rare thing: a wise book.

I wish I read – or could find to read – more comic books. My appetite for comedy, for farce and satire, grows stronger

The book that’s had the most influence on my writing
That might be for someone else to say. Poetry is probably as much of an influence as prose. And cinema.

The most underrated book
I still feel Penelope Fitzgerald is a hugely underprized writer. I don’t know why. I think she was of that generation who thought “publicity” was suspect – poor form. I adore her work, particularly the last four novels. Quite possibly her last book was her best.

The book that changed my mind
I never used to read any science fiction, never wanted to. Sci-fi was for an entirely different kind of person. Then I discovered M John Harrison’s Light and Nova Swing. I often had no real idea what was going on or which corner of the universe we were in. Interesting how little that matters sometimes. MJH is one of my writing heroes now. (For people who want to read him but really can’t face the thought of science fiction, he wrote a novel called Climbers, set in the north of England among a misfit group of weekend mountaineers and cliff-scalers. It’s brilliant.)

A book that made me cry
Beryl Bainbridge’s The Birthday Boys, a novel about Captain Scott’s expedition to the south pole. I was on the train and had to look out of the window for a while.

A book that made me laugh
I wish I read – or could find to read – more comic books. My appetite for comedy, for farce and satire, grows stronger. A couple of years ago I read PG Wodehouse’s Jeeves and Wooster stories to my daughter. They’re not all great. Some were clearly done in a hurry, perhaps between cocktails. But the good ones had us in fits.

A book I couldn’t finish
Roberto Bolaño’s 2666. I never really thought I would finish it. Finishing it might not be the point. I like to keep it nearby. He’s a good writerly presence. A man who really believed in fiction, who revelled in the possibilities.

A book I’m ashamed not to have read
Should I have read Don Quixote? War and Peace? Huckleberry Finn? Probably. Do I lose sleep? Not a minute.

The book I give as a gift
Penelope Fitzgerald’s Beginning of Spring. I might – as they are both slim books – add Tarjei Vesaas’s The Ice Palace to the package. Vesaas, a Norwegian writer who died in 1970, was my big discovery of last year.

My earliest reading memory
Sitting on the sofa with my mother reading a book called Mabel the Whale by Margaret Hillert. Mabel had her troubles but it ends well.

My comfort read
The morning after an event in Lancaster where I had drunk a great deal of free wine, I picked up a copy of F Scott Fitzgerald’s The Great Gatsby on the way to the station. I leaned against the carriage window and read the entire book between Lancaster and Bristol. Those beautiful sentences! It was like sliding between cool fresh sheets. I was cured, made well again.

• Now We Shall Be Entirely Free by Andrew Miller is published by Sceptre.