Is Good Omens one of the best collaborative novels ever written? 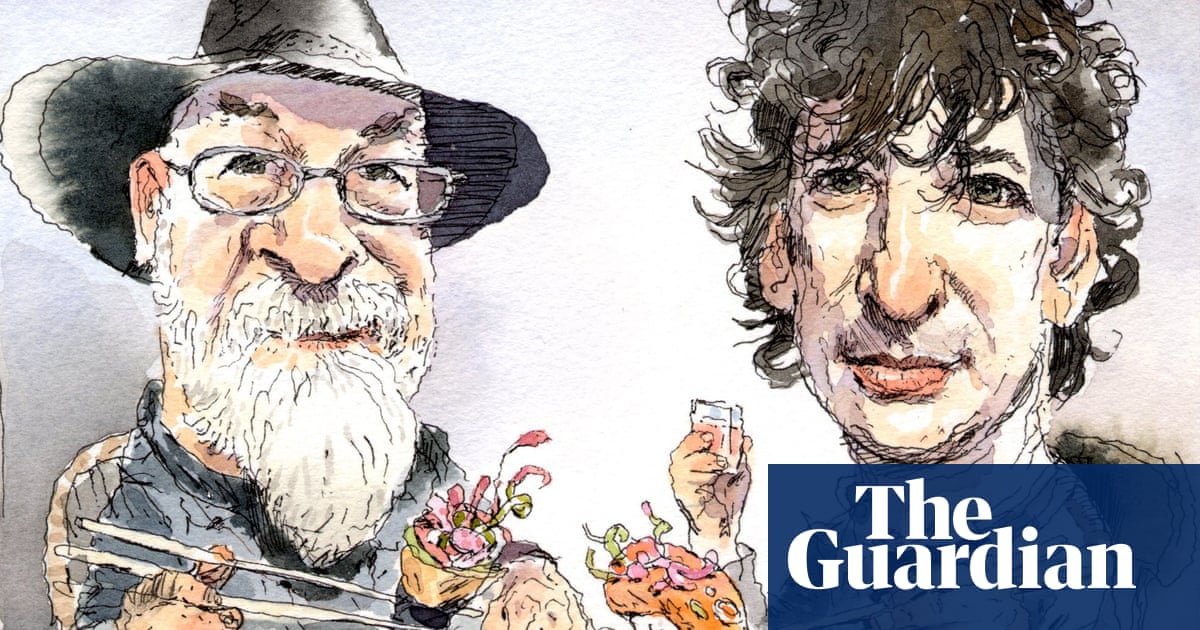 Is it hyperbole to call Good Omens one of the most successful collaborative novels of all time? Certainly, it’s a success: it’s clever, funny and has stayed in print – and stayed relevant – for almost three decades. More than that, it is deeply beloved. When we chose it for the reading group this month, I knew the book mattered to a huge number of people (myself included) – but all this happy month we’ve had huge numbers of people visiting for the first time, to share their love for the book.

It’s hard to think of any other collaborative novels that have been so successful. There’s George and Weedon Grossmith’s The Diary of a Nobody, which gave us the concept of “Pooterism” and has been haunting the aspirational middle classes since 1892. More recently, you could argue for The Difference Engine by William Gibson and Bruce Sterling, which has come to define an entire genre (steampunk) and won great praise and awards, as well as legions of fans. There’s also Rama II, which Arthur C Clarke wrote with Gentry Lee; it is good, but not quite as good as Clarke’s Rendezvous With Rama.

Otherwise, I’m struggling. If you want to be cheeky, you could include the Bible, which has also sold quite a few copies and had some influence. If you want to stretch the definition of collaboration you could also consider the work of hands-on editors: Gordon Lish and Raymond Carver, or Max Perkins with Thomas Wolfe and F Scott Fitzgerald.

Most collaborations have not been career highlights. I was surprised by how much I enjoyed the (relatively) recent release of And the Hippos Were Boiled in Their Tanks by Jack Kerouac and William Burroughs – but no one is going to remember that instead of On the Road or Naked Lunch. Meanwhile, did you even know that Joseph Conrad and Ford Madox Ford joined their considerable forces together to try to write a science fiction novel? The resultant book – The Inheritors – is enjoyable, but it isn’t exactly Heart of Darkness or The Good Soldier. Nor did it score with readers; like And the Hippos Were Boiled in Their Tanks and so many other collaborations, it was conceived primarily as a money-making scheme. When Ford and Conrad started plotting together at the turn of the 20th century, both were facing numerous financial embarrassments; Conrad was even contemplating taking up his old life as a sailor. Their idea was that they’d cash in on the success of writers such as HG Wells by producing a scientific romance certain to set tills ringing. The public rewarded their cynicism by condemning the book to the obscurity it has lived in ever since.

The contrast with Good Omens is obvious. While both Pratchett and Gaiman’s humour is often sarcastic, the book is anything but cynical. It’s warm and human, full of rage and righteous indignation, as well as delight in well-told jokes and well-placed silliness. “We didn’t do it for the money,” Pratchett once said. “It was done by two guys who didn’t have anything to lose by having fun.” (Although he also enjoyed noting: “But, as it turned out, we got a lot of money.”)

The story of Gaiman and Pratchett’s collaboration has been told often, partly because it was such so unusually successful. From the very beginning they realised, as Gaiman once told Michael Chabon (in an interview that is worth enjoying in full) that the “Venn diagrams” of their minds overlapped. They shared “headspace”. And so when Gaiman sent Pratchett the first 25 pages of a book he’d written about Just William as the Antichrist, Pratchett called him to say: “Tell you what, either sell me the idea and that opening, or we can write it together because I want to find out what happens next.”

“And,” Gaiman continues, “I said, we are going to write it together, because I am not stupid … It was like Michelangelo phoning and asking if you want to paint a ceiling together.”

Pratchett, meanwhile, had the patience to work around both Gaiman’s busy schedule writing The Sandman comic series, as well as his younger friend’s nocturnal nature, even if the answerphone messages he left him most mornings generally began: “Get up, you bastard.” They shared plot ideas over the phone and sent each other floppy discs in the post, competing to get to the best scenes first, footnoting each other’s copy and swapping characters and rewrites until neither was sure who wrote what and where the jokes came from.

And so here we are. When she wrote about Good Omens in 2015, Justine Jordan said: “In retrospect, it seems amazing that two such singular and prolific creative energies could share the writing of a novel: an extraordinary congruence of hard work, good timing and readerly luck.” If it weren’t for the novel’s subject matter, I’d be tempted to call it a miracle.