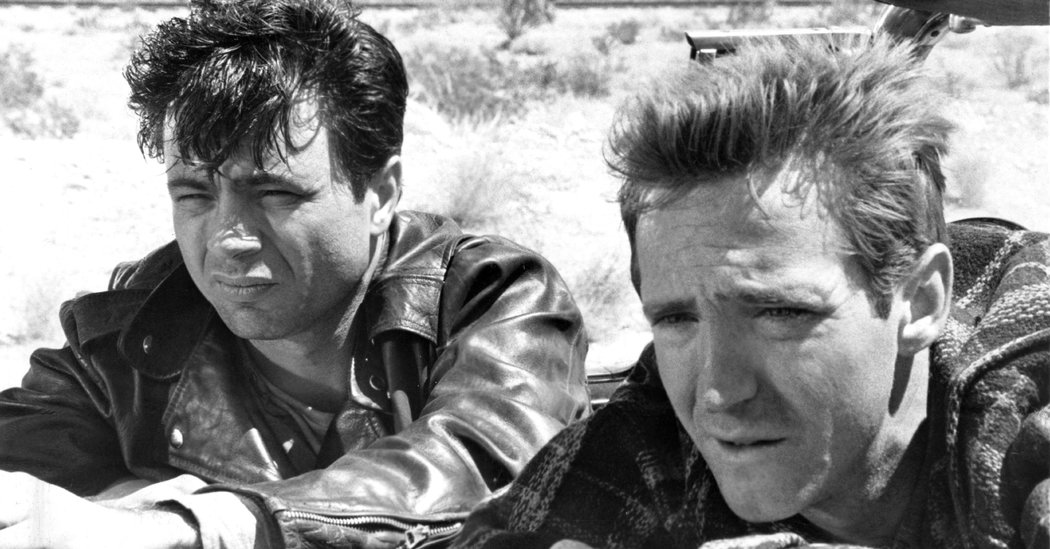 Scott Wilson, who played criminals in films like “In Cold Blood” and more recently portrayed a rare figure of kindness in the hit AMC series “The Walking Dead,” has died. He was 76.

His death was confirmed on Sunday in a statement by the Screen Actors Guild. It provided no other details. Some news reports said that he had died at his home in Los Angeles and that he had had leukemia.

Mr. Wilson’s breakout role was as the murderer Richard Hickock in “In Cold Blood,” a 1967 adaptation of Truman Capote’s book by the same title. It was his second film.

The book recounted the murder of four people on their farm in Holcomb, Kan., in 1959 by Mr. Hickock and Perry Smith, two petty criminals who had mistakenly thought that there was a safe on the premises stuffed with money.

The director, Richard Brooks, shooting on location in Holcomb, filmed the murder scenes in the actual farmhouse where the killings had taken place. He also purposely selected little-known actors, Mr. Wilson and Robert Blake, to play the killers.

“Brooks wanted to create a film so unique to itself and so realistic that no one would relate it to movie stars,” Mr. Wilson told The Independent of London in 2000. “I think he would have been happier if he could have hanged us at the end of the film so we couldn’t talk about it.”

The film was well received by critics. Bosley Crowther of The New York Times praised the performances of Mr. Wilson and Mr. Blake.

“Their abilities to demonstrate the tensions, the torments and the shabby conceits of the miserable criminals give disturbing dimensions to their roles,” Mr. Crowther wrote.

More recent audiences know Mr. Wilson as Hershel Greene, a veterinarian and farmer, on “The Walking Dead,” which follows a group of survivors in the American South after much of the population has been turned into a horde of ravenous zombies.

Greene first appeared in 2011 during the show’s second season, when he agreed to let the central group of survivors take shelter on his farm. When the farm is overrun by zombies, he accompanies them to a former prison. He becomes a moral authority on the show, stern but kind, and loses a leg after he is bitten by one of the undead. The character was killed at the end of the show’s fourth season.

The first episode of the ninth season aired on Sunday night. Angela Kang, “The Walking Dead’s” showrunner, announced during a panel at New York Comic Con on Saturday that Hershel would make a cameo appearance at some point during the season.

Mr. Wilson was born in Atlanta on March 29, 1942. His father was a building contractor who wanted him to be an architect or an engineer, and who died when Mr. Wilson was young.

He studied architecture in Georgia but dropped out before completing his undergraduate degree, deciding to hitchhike to California to study acting. He acted in local theater there until his first movie role, as a murder suspect in Norman Jewison’s “In the Heat of the Night” (1967). “In Cold Blood” was released later that year.

He played a cruel dog-owner in three movies based on Phyllis Reynolds Naylor’s “Shiloh” novels, and Saint Albert Chmielowski in “Our God’s Brother” (1997), a film adaptation, by the Polish director Krzysztof Zanussiof, of a play written by Pope John Paul II.

His survivors include his wife, Heavenly (Koh) Wilson.

A version of this article appears in print on , on Page B12 of the New York edition with the headline: Scott Wilson, 76, Patriarch of ‘Walking Dead’. Order Reprints | Today’s Paper | Subscribe