In addition to our usual book groups, we’re having a special book group event next month.  We have been given a few review copies of a new book and will be using this as the subject of our discussion.  Some copies have already been allocated, however if you are interested in this book and want to join in the discussion, please visit the forum  for more information.

Book Group Discussion will take place during April 2010, therefore you must be available to read the book, discuss it with the group and write your review within this period.  Because of this unplanned event, we may have to adjust the current book group schedule to squeeze it in.

Details of the book in question: 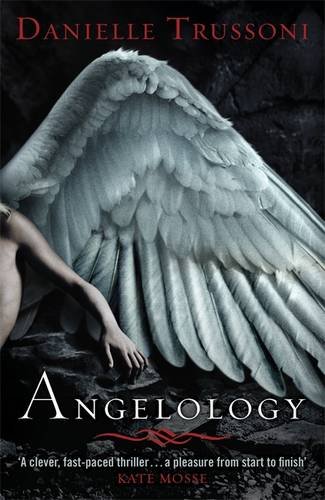 Product Description
The Nephilim were on the earth in those days Genesis 6:4 When Sister Evangeline finds mysterious correspondence between Mother Innocenta of the Saint Rose Convent and legendary philanthropist Abigail Rockefeller, it confirms Angels walked among us – and their descendants, the cruel Nephilim, still do. Indeed, the Nephilim are hunting for artefacts concealed by Abigail Rockefeller during the Second World War – objects that will ultimately allow them to enslave mankind – and have so far been prevented from reaching their apocalyptic goal by one, clandestine organisation: The Angelology Society. And if the Angelologists are to stand any chance of winning this new battle in the ages-old war, they must find the artefacts first. But their fate rests in the hands of innocent Sister Evangeline, who holds the key to unlocking Abigail Rockefeller’s hiding places … and whose own destiny may yet find her prey to the terrifying Nephilim army, with horrifying consequences for humanity.

About the Author
Danielle Trussoni is the author of the memoir Falling Through the Earth, which was chosen by the New York Times as one of the ten best books of 2006. She currently lives in France with her husband, the writer Nikolai Grozni, and their children.

“An elegantly ambitious archival thriller in which knowledge dwells in the secret underground places, labyrinthine libraries and overlooked artifacts that have been hallmarks of the genre from The Name of Rose and Possession to Angels and Demons and The Historian. Angelology is richly allusive and vividly staged with widescreen-ready visuals, a dewy but adaptable heroine and a dashingly cruel villain…. Sensual and intelligent, Angelology is a terrifically clever thriller-more Eco than Brown, without the cloudy sentimentalism of New Age encomiums or Catholic treatises. It makes no apologies for its devices, and none are necessary. How else would it be possible to bring together the angels of the Bible and Apocrypha, the myth of Orpheus, Bulgarian geography, medieval monastics, the Rockefellers, Nazis, nuns and musicology? And how splendid that it has happened.”
-New York Times Book Review

“Beautiful, powerful, cruel, and avaricious, the half-human, half-angel Nephilim have thrived for centuries by instilling fear among humans, instigating war, and infiltrating the most powerful and influential families of history. Only a secret group of scholars, the Society of Angelologists, has endeavored to combat the spread of evil generated by Nephilim. Now, a strange affliction is destroying the Nephilim, and the cure is rumored to be an ancient artifact of great power. Sister Evangeline of the St. Rose Convent discovers an archived letter regarding the artifact’s location and is thrust into the race to locate the artifact before the Nephilim do. She uncovers her family’s past as high- ranking angelologists, and their secrets assist in her dangerous hunt. Trussoni, author of the acclaimed memoir Falling Through the Earth, makes an impressive fiction debut with this engrossing and fascinating tale. With captivating characters and the scholarly blending of biblical and mythical lore, this will be popular for fans of such historical thrillers as Kate Mosse’s Labyrinth or Katherine Neville’s The Eight.”