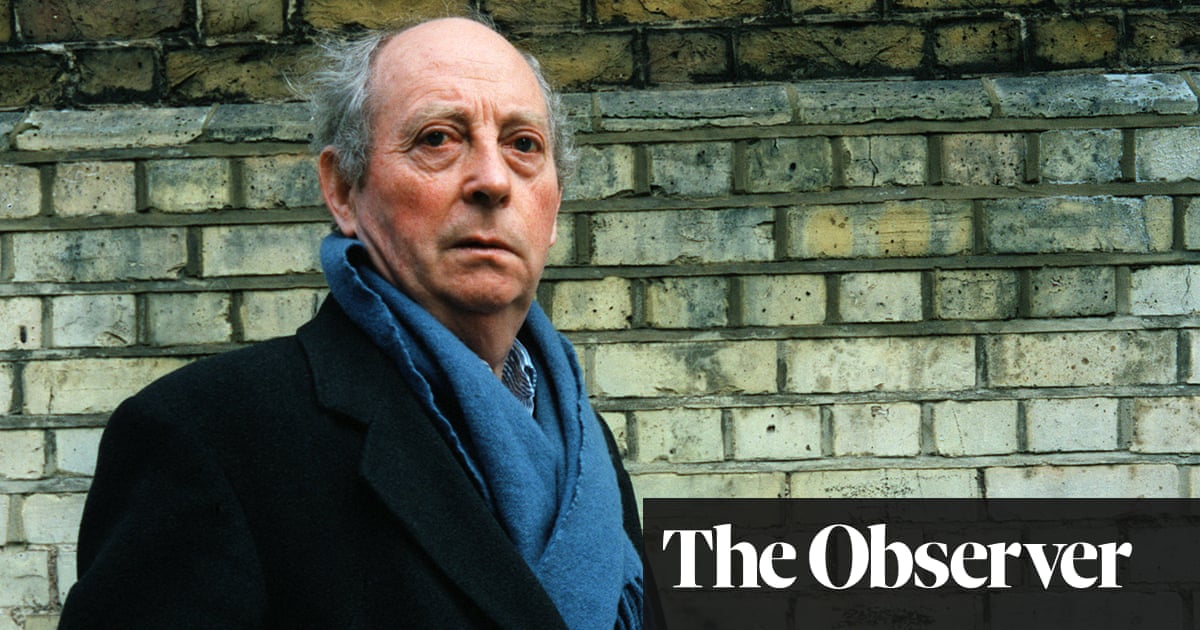 John McGahern was a great Irish writer among a brilliant generation that included the playwright Brian Friel and the poets Michael Longley and Seamus Heaney. Equally gifted as a writer of short stories, his finest novels (a small oeuvre) include The Dark and That They May Face the Rising Sun. His influence lives on in the work of Colm Tóibín, who once described him as “the Irish novelist everyone should read”.

Amongst Women, a title derived from the words of the Hail Mary in the Roman Catholic rosary, is McGahern’s masterpiece, uniting all the dominant themes of his work in a single, deeply affecting family drama. Its characteristically limpid opening sentence – “As he weakened, Moran became afraid of his daughters” – encapsulates the main theme. This will be the story of an IRA veteran facing up to approaching death at home in the bosom of his family. His wife, Rose, and their three daughters who love and fear their father, now care for him as his health fails and the shadows draw on. As so often in Irish life, it is the drumbeat of the past that continues to torment his final days.

Moran, a fighter in the civil war of the 1920s, and a fierce former guerrilla commander, is presented as a typically obdurate kind of Irish father. Amongst Women explores the patriarchal faultlines of an Irish society that, since the novel was published, has almost vanished. In this lost world of terrorists and priests, the menfolk discover their true selves in bitter sectarian violence, but cannot sustain the intimacies of family life. As his wife says: “He’s a different sort of person altogether behind the walls of his own house.” This Ireland is a prison. As Moran says: “I’m afraid we might all die in Ireland if we don’t get out.” So Moran’s own ultimate death becomes a strange moment of release for his family, especially his daughters, who are now free to become themselves.

At barely 190 pages, McGahern’s study of Irish family life is a miracle of unaffected brevity and unconsciously an elegy for a lost world. It is also a hauntingly beautiful evocation of a world and a landscape that McGahern knew well, the liminal society of County Leitrim, caught between Eire and “the six counties” of the north.

When it was first delivered to McGahern’s London publishers, Faber & Faber, Amongst Women was called “Monaghan Day”, after the Moran family’s market day routine when the old man’s former comrades would visit him at home in “Great Meadow” and relive forgotten battles from the civil war. The change of title was McGahern’s idea and it reflected the constant process of revision through which he put all his work. I remember him telling me that, in one early draft, his novel had been several times its final length. It was always McGahern’s practice to keep cutting and cutting his text until he had distilled his prose to its deeply potent essence.

McGahern was also a farmer, with a keen sense of country life. Whenever he earned money from his books, he would buy another field for his cows, whom he loved. In a typically witty inversion, he liked to joke that he was driven to write in order to keep the farm (and its cows) in business.

Amongst Women, which was described by John Banville as “a masterpiece”, caught the mood of the Irish reading public when it came out and became, locally, a bestseller, establishing McGahern as the pre-eminent writer of Irish prose. Hilary Mantel, writing in the New Statesman, declared him to be “one of the greatest writers of our era”. The other reviews were generally good, and the novel was shortlisted for the Booker prize. When it lost to AS Byatt’s Possession, McGahern, whom I knew well at that time, was privately disappointed not to have won, but still sparkled with ironic comments about the shenanigans surrounding the prize-giving.

When the novel won the Irish Times/Aer Lingus Literary Award in 1991, one of the judges, John Updike, wrote that “McGahern brings us that tonic gift of the best fiction, the sense of truth – the sense of transparency that permits us to see imaginary lives more clearly than we see our own”.

In that gift lay McGahern’s genius.