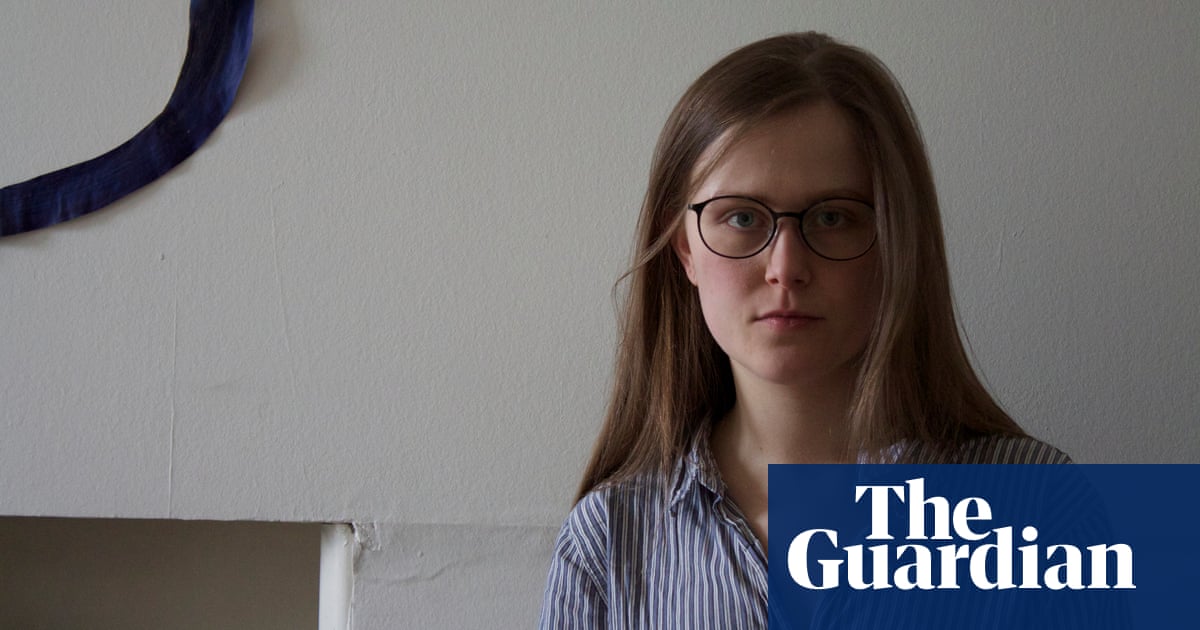 The term “Mary Sue” was coined by author Paula Smith in 1973, to satirise the unrealistic female characters in Star Trek fanfiction. The label, for the implausibly perfect female archetypes that are thought to be thinly disguised versions of the fanfiction author’s idealised self, has acquired a pejorative significance over time. It is mostly associated with self-insertion and wish-fulfilment in a genre dominated by female writers, giving the term an undercurrent of misogyny.

Sophie Collins’s debut poetry collection, Who Is Mary Sue?, inquisitively picks apart the assumption that women lack creative autonomy, and that female-authored literature only ever reflects on real, often domestic, experience. She exposes the murky politics behind readership and reception with rigorous investigation and clever, almost comical, allegory. In her poem Healers, a scaffold is imagined as a female and described as “fundamentally insecure”, found “slumped against the side of the church … Her safety mesh / was torn in places and sun-bleached all over / and threatened to dislodge”.

Collins dwells on the double standard at the heart of Mary Sues. Accusations of narcissism that belittle women’s writing rarely surface when it comes to male authors; Roth and Knausgaard being illustrious examples of realist metafiction writers who are celebrated for navel gazing.

In her innovative title piece – a lyrical essay backed up by a patchwork of quotes from other female writers, including Rachel Cusk (“The misuse of the term ‘narcissism’ in relation to my work is nauseating”) and Jamaica Kincaid (“I hope a reader coming to [her new book] doesn’t look for clues about anything that happened to me”) – Collins illustrates just how often the description “autobiographical” is imposed on women to discredit them. As she concludes: “a woman who tries to invent in literature will fail, / whereas a woman who succeeds in writing is believed to have done / so to the extent that she has been able to accurately portray / the details of her own life.”

Collins’s combination of collage and reportage demonstrates her daring formal innovation. She is, in her own way, writing fanfiction, demonstrating the fine art of foraging with playful intent. But there’s more to it than that. Collins is committed to shaking up our expectations, including how poetry itself should look on the page unexpectedly peppering her writing with blank pages, which offer interludes of lightness in an otherwise quite dark book. These blank pages represent the “restricting and even silencing” effects that male expectation can engender. “I don’t know if I should be sending this to you,” writes one young author in her cover letter to a magazine at the start of the title section. “I’m afraid it’s a Mary Sue.”

The collection embraces a fluidity of characterisation. The first poem, Dear No 24601, is a haunting take on twinhood: “I forget which one I am / Sometimes I wake up believing I am her / she is me / and there is nothing about the day to indicate otherwise.” In an amnesiac confusion and conflation of character, the poet shuns punctuation, along with prescriptive notions of selfhood, revelling in freedom all round. In the poem Engine, the speaker observes two identical piebald horses and is unable to “perceive any difference” between them. Each merge is stated with nonchalance – like that of a critic misconstruing a Mary Sue as a mirror image of its author.

Another example of Collins’s inventiveness is found in the poem Ed, which curiously bundles the majority of its content into a prose footnote. This experimentalism is a gesture to female writers such as Anne Carson, Maggie O’Sullivan and particularly Denise Riley, who Collins quotes in A Whistle in the Gloom, a standout essayabout Anne Desclos, the French author of the 1954 sadomasochistic Story of O. Desclos shortened the protagonist’s name from Odile to O, Collins explains, because of the impossibility of reconciling fact and fiction. O gains the status of a personal pronoun, with the agency and authority to replace “I”. (“O heard a whistle in the gloom”.) Collins celebrates this new pronoun, for its “honesty” when compared to the “inauthenticity” of “I”, a symbol of authority that Collins reveals to be inscribed with a historical narrative that begs to be challenged – something that she does with courage and conviction.

Who Is Mary Sue? is a startlingly original text that requests a different mode of reading, one that encourages avoiding labels and easy conclusions. Readers will emerge more interrogative, more invested in the stakes of sexist, limited criticism, after finishing this corrective and captivating debut.

• Who Is Mary Sue? by Sophie Collins is published by Faber, priced £10.99. It is available from the Guardian bookshop for £9.45.

• Jade Cuttle is a Ledbury Poetry Critic, a mentoring programme launched by Sandeep Parmar and Sarah Howe with Ledbury poetry festival and the University of Liverpool to tackle the underrepresentation of black, Asian and minority ethnic poets and reviewers in critical culture.