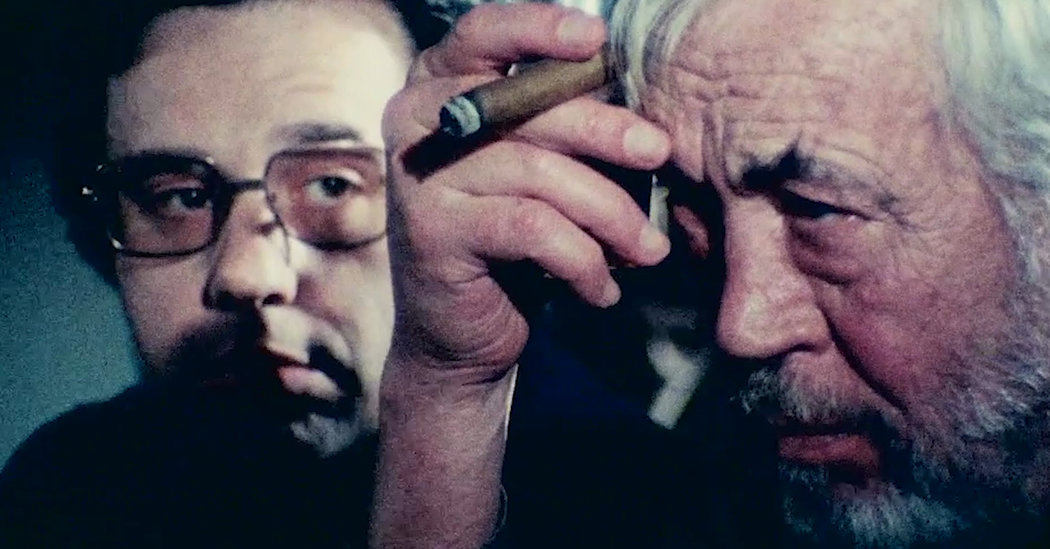 Afterward, however, the atmosphere was notably somber. Mr. Marshall, who was the film’s original production manager, and Mr. Bogdanovich returned to the stage, along with the film scholar Joseph McBride, who appears in “The Other Side of the Wind” as a gauche young critic. For a minute, it seemed as if emptiness had suddenly hit them: Now what? Their 48-year battle to get the film finished and seen was over.

“It’s a sad movie, I think,” Mr. Bogdanovich said haltingly. “Not only Orson’s last movie. But it’s sort of like the end of everything. It comes across to me like the end of the world.”

Mr. McBride took issue with some of the early reviews, which he felt gave Huston and other leading cast members short shrift. “If there was any justice in the world, there would be a lot of Oscars for this film,” Mr. McBride said. (Variety’s chief awards prognosticator gamed the possibilities in a column published Saturday, writing that voters could honor the film as an editing feat. Bob Murawski, who won an Oscar in 2010 for editing “The Hurt Locker,” stitched together Welles’s footage, relying in part on notes he left behind.)

Not present at the Telluride screening: Filip Jan Rymsza, a European producer who gave “The Other Side of the Wind” a hard push in 2014 by helping to win over two mercurial rights holders: Beatrice Welles, the filmmaker’s daughter and sole heir; and Ms. Kodar, Welles’s longtime companion. Mr. Rymsza was anchoring the Venice premiere, where he read statements from Ms. Welles and Ms. Kodar, both of whom cited poor health for not attending the Venice or Telluride screenings.

Ms. Kodar thanked Mr. Rymsza, Mr. Marshall and Mr. Bogdanovich, saying that they had done “a great job” and that she hoped to attend a screening of the film this fall at the New York Film Festival, where at least one of the documentaries about making “The Other Side of the Wind” will also play. The two nonfiction films are “They’ll Love Me When I’m Dead,” directed by the Oscar-winning documentarian Morgan Neville, which will arrive on Netflix alongside the Welles feature; and “A Final Cut for Orson: 40 Years in the Making,” directed by Ryan Suffern.

Ms. Welles also heaped praise on the salvage squad, adding, “Is this Orson Welles’s goodbye? Impossible! He left behind far too much. I hope with all my heart that this picture will be able to reopen people’s eyes and souls to his massive talent.”