‘Ozark’: What to Remember Before Watching Season 2 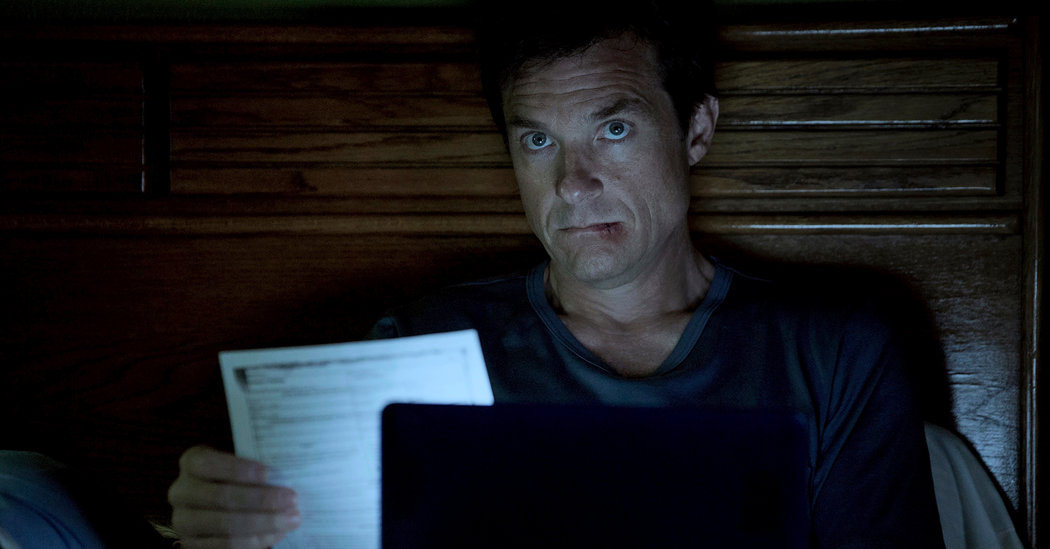 From about halfway through the first episode of “Ozark,” the financial planner Marty Byrde (Jason Bateman) and his family have tiptoed the razor’s edge, surviving certain death through guile, ingenuity and plain old luck. After learning that his partner embezzled $8 million in Mexican cartel money, Marty first slips the noose by successfully pitching the cartel on Lake of the Ozarks as a new haven for their money-laundering needs. From there, the Byrdes are given just a few days to liquidate $8 million in assets, leave Chicago and set up shop in Missouri — where, under threat of execution, they have three months to launder all that cash.

And that’s only the beginning of their troubles.

To get ready for Season 2, which drops Friday on Netflix, it’s best to think about all the parties putting the squeeze on the Byrdes as they stake out investment opportunities in the Ozarks. There’s the cartel, which is monitoring them closely. There are local threats from small-time operators like the Langmores and big-time heroin dealers like the Snells. There’s the F.B.I., which quietly works to ensnare Marty. And then there’s the Byrde family itself, which has to survive its own crippling dysfunction.

Let’s break it down, threat by threat:

Omar Navarro’s cartel is the second-biggest in Mexico, and its willingness to assert its power from afar is made clear in the first episode, when the cartel boss Camino Del Rio (Esai Morales) has four of Marty’s associates executed for embezzling its money and nearly kills Marty, too. Marty’s Hail Mary pitch to bring their laundering operation to Lake of the Ozarks — which, as he is keen emphasize, gun to head, has more coastline than California — is just enough to persuade Del to spare his life. But it also puts him and his wife, Wendy (Laura Linney), as well as their teenage children, Charlotte (Sofia Hublitz) and Jonah (Skylar Gaertner), in immediate jeopardy.

Del tosses Wendy’s not-so-secret lover from the balcony of his luxury apartment partly to keep her and the kids from bailing on Marty, and the cartel micromanages their affairs thereafter.

When Marty makes their deadline on the $8 million, the cartel ships another $50 million to him immediately — the first part of the $500 million Marty has promised to launder. Del won’t be around to terrorize the Byrdes in Season 2 — more on that below — but the Navarros aren’t going away.

Don’t call them hillbillies or rednecks: The Snells, Jacob (Peter Mullan) and Darlene (Lisa Emery), have occupied this sprawling resort area for generations, and they control a sizable poppy field for the manufacturing and distribution of heroin. Marty accidentally runs afoul of the Snells while trying to convince a local pastor and his pregnant wife, Mason and Grace Young, to take their ministry off the lake and into a proper church. But the Snells have been using Pastor Young’s boat services to move drugs using hollowed-out hymnals, and in one of the season’s most disturbing moments, it is implied that they kill Grace and leave her infant son for Mason to find. In one great masterstroke of financial chicanery, Marty manages to convince the cartel and the Snells to invest together in a riverboat casino that would allow drugs and bad money to flow freely. But Del uses the word redneck in Darlene’s presence and she shoots him in the head.

The Langmores are trailer-trash crooks who come into the Byrdes’ orbit when the 19-year-old Ruth (Julia Garner), the smartest of the lot, swipes a chunk of the cartel’s money from their motel room and Wyatt (Charlie Tahan) takes Charlotte on a joy ride in a stolen boat. Although Marty gets his money back, the Langmores aren’t going away so easily. Ruth’s malevolent father, Cade (Trevor Long), tries to call the shots from prison, but she enters into a friendlier partnership with Marty and the Byrde family, who entrust her with operating one of their businesses — a strip club called Lickety Splitz. At one point, Ruth tries and fails to carry out a plan to electrocute Marty, but she succeeds in electrocuting her uncle Russ (Marc Menchaca) and her brother Boyd (Christopher James Baker) before they can get a piece of Marty themselves. Her complex loyalties stand to be a major inflection point for Season 2.

The rogue F.B.I. agent Roy Petty (Jason Butler Harner) poked around in Marty’s business all season. Going undercover, he initiates a clandestine sexual affair with the closeted Russ Langmore (Marc Menchaca) — and promises him the fanciest bait-and-tackle business the Ozarks have ever seen — as means to flip him into doing his bidding. The operation goes embarrassingly awry, which will have Petty seeking redemption. Meanwhile, the local sheriff, Jon Nix (Robert C. Trevelier), seems to know that the Snells have him outgunned, so the Byrdes get the bulk of his side eye.

The Byrdes are doing great! Or as great as a family in danger from a violent cartel can be. Back in Chicago, Marty and Wendy were keeping secrets from each other but the constant fear of gruesome destinies for them and their children have unified them, like an extreme form of couples therapy. It’s a fragile bond — Marty and Wendy still have trust issues, Charlotte is still moody and unpredictable, Jonah is still a gun-crazy weirdo — but they enter Season 2 together. And alive.

Other Areas of Concern

Rachel Garrison (Jordana Spiro): Owner of the The Blue Cat Lodge, the first business Marty finds suitable for investment. Rachel knows Marty is been cooking the books. She also discovers part of the $50 million in cartel money he’s stashed in the walls.

Buddy Dyker (Harris Yulin): The Byrdes got an excellent deal on a house. The only hitch is that it comes with the owner, Buddy Dyker, an ornery, terminally ill man who lives in the basement. Buddy has gotten young Jonah into guns, but he also stepped up and blew away a henchman who was stalking Wendy and the kids. So, all in all, an ally.

Sam Dermody (Kevin L. Johnson): Through this dimwitted realtor and mama’s boy, Wendy has gotten a foot into the real estate business, where she can pitch in and launder money by flipping properties. She also convinces Sam’s mother, Eugenia (Sharon Blackwood), to invest her life savings with Marty just before Eugenia gets run over by a truck.

Tuck (Evan George Vourazeris): A mentally disabled friend and purchaser of firearms for the 13-year-old Jonah.