This Fall, Everything Old Is TV Again 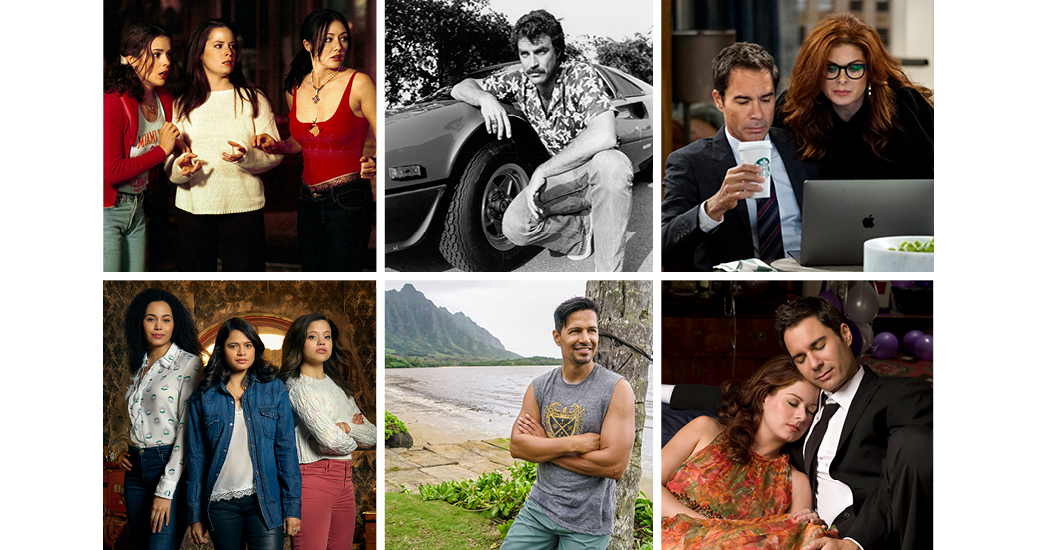 It’s enough temporal hopscotching to fill an entire new series of “Quantum Leap.” (Which somehow has not been greenlighted yet, but give it a month or two.)

I don’t generally get excited about the comeback of a show that last aired back when I ate out of a lunchbox (possibly a lunchbox for that same show). And yet my own record betrays me: For all my bias toward the new, my top 10 TV list for 2017 included two blasts from the past, Netflix’s “One Day at a Time” and “Twin Peaks: The Return” on Showtime.

[Never miss a show again: Add this fall’s most anticipated cultural events directly to your calendar.]

So if we’re destined to be borne back ceaselessly into TV’s past, we may as well look at what makes a good remake and what doesn’t.

First, some definitions are in order. This broad genre — Re TV, let’s call it — falls mainly into two categories.

First you’ve got your reboots: old titles being remade for another era, with new casts, and possibly new settings and characters. This includes the new “Magnum,” “Roswell” and “Charmed.”

Then you have revivals: series, exhumed as if from the grave, with the same characters played by the same actors, picking up years or decades later. These include the new “Murphy Brown,” “Roseanne”/”The Conners” and the reconstituted “Will & Grace.”

It is true that TV has been ransacking its past almost as long as it’s had one; there is a history of “Brady Bunch” and “Gilligan’s Island” reunion movies to attest to that. Critics like me have been griping about TV’s recycling of ideas for just as long. So yes: even the complaints are remakes.

But the sheer tonnage of Re TV today reflects a culture that’s increasingly like a Netflix home page, full of “If You Liked …” and “Watch It Again.” And in many ways the glut of these shows, even when they appear on the old legacy networks, is a product of the streaming-TV era.

New media have made TV’s past ever-present and ever more accessible. “Gilmore Girls,” for instance, developed a brand-new audience in reruns and on Netflix, which was primed for its 2016 revival. (Netflix in particular — which also gave us “Arrested Development” and “Fuller House” — is able to both manufacture nostalgic cravings and satisfy them.)

What’s more, between streaming and cable, there’s simply so much TV now (there will probably be more than 500 original scripted series in 2018) that it’s a battle for anything new to get attention. A familiar title, like “S.W.A.T.,” offers a boost that “Another CBS Cop Show” doesn’t.

But these business considerations intersect with a broader hunger to relive the past and sometimes to relitigate it.

Take the movies, where the new, more diverse “Star Wars” films and the 2016 female-led remake of “Ghostbusters” became culture-war battles over representation and who owns the past and the future. It’s not just coincidence that “erasure” has been a theme in both the arguments over these movies and the removal of Confederate monuments, or that the “Ghostbusters” fight drew in alt-right figures like Milo Yiannopoulos.

TV remakes are a form of comfort food, but they’re also spreading at precisely the time that TV’s past has been returning, sometimes discomfitingly: the conviction of Bill Cosby, for instance, and the controversy over Apu, the Indian-immigrant character on “The Simpsons” since 1990.

Discomfort was, for better and worse, a feature of last season’s “Roseanne,” which found its extended family still struggling financially and its title character having made a bitter right-wing turn that echoed its star’s.

The revived “Murphy Brown” hasn’t been screened for critics (CBS picked it up without shooting a pilot), but it stands to be a counterpoint to “Roseanne” just as it was when it began three decades ago.

Where “Roseanne” modeled a populist blue-collar feminism, the hard-edge TV-anchor protagonist of “Murphy Brown” (Candice Bergen) spoke to power from a position of power. The original series was relentlessly of-the-moment, both within its scripts and without. (Vice President Dan Quayle famously went to war with the show when Murphy had a baby while single.) The revival, from its description, aims to be just as topical, with Murphy hosting a cable-news morning show, while her grown son (Jake McDorman) hosts a conservative competitor.

In her recent book, “Stealing the Show,” Joy Press notes that while Diane English, the creator of “Murphy Brown,” admired “Roseanne,” Ms. Barr “felt alienated by the kind of middle-class liberal feminism Murphy Brown represented.” This may have foreshadowed the two shows’ divergence in 2018, with Roseanne having gone MAGA into the sunset, while Murphy hangs in with the post-Hillary left.

But revivals are also conservative by nature — artistically, if not necessarily politically. By definition, they’re trying to re-create the past in the present, simulating the appeal of the original even as they show how the world has changed around the characters. For the typical revival, the best-case scenario is getting the viewer to say, “This feels like the same show I used to watch back then.”

There are exceptions; one reason “Twin Peaks: The Return” worked so well was that, visually and in tone, it felt like a different work from the series that aired in the early ‘90s. When it overtly called back to the past — as when Audrey reprised her dance from the original series — it was with the nightmarish sense that something had died and come back changed.

But more often, the point of a revival is to deny change, at least creatively. “Will & Grace” acknowledged the new era with a heavy-handed premiere episode about the Trump administration. But the new season was so eerily like the original in its rhythms and tone that you could convince yourself it had never gone off the air (as long as you forgot about the original series ending that the revival Etch-a-Sketched).

At its heart, the appeal of a revival is the appeal of a high school reunion, or a visit to Facebook: What are they doing now? But it can be as unsettling to find your old prime-time favorites unnaturally preserved as to find them changed.

Most sitcoms could theoretically go on for decades. But there’s usually an unspoken expiration date: the point beyond which the characters’ lives would change — making it a different show — or, in remaining the same, they would be less funny than sad. (This is one reason I pray no one ever loads up a big enough Brink’s truck to reunite the cast of “Friends.”)

A reboot, on the other hand, may be successful or disastrous, but it at least offers the possibility, and the requirement, for rethinking and transformation. “Battlestar Galactica,” after 9/11, turned a breezy 1970s space opera into an ambitious story about politics, religion and the ethics of survival in the face of an existential threat.

More recently, when Netflix imagined “One Day at a Time” with a Cuban-American family, it was able to speak to modern questions about immigration and representation, about who defines America and the working class.

All this points to another distinction of reboots: Revivals, which reproduce TV’s past down to the original casting, have tended to be very white, as TV’s history is. But the planned reboot of “Party of Five” will focus on Mexican-American siblings after their parents are deported, and the “Roswell” reboot (also not yet screened for review) will reportedly have an immigration twist alongside its space-alien plot.

CW’s reboot of the witchcraft drama “Charmed” aims for another kind of update. The original was an artifact of the late-‘90s “Buffy” era of empowered female heroines. The new version, produced by Jennie Snyder Urman (“Jane the Virgin”), recalibrates it for the #MeToo era with a story of sexual harassment and vengeance.

The pilot hammers hard for timeliness from its opening lines, “This is not a witch hunt; it’s a reckoning.” But there’s potential in using its metaphor-heavy subject matter to look at what has and hasn’t changed in 20 years.

Not all reboots are so ambitious. CBS’s new “Magnum,” judging from the rough pilot sent to critics, is the sort of charming-rogue-solving-crimes-in-paradise show that could as easily have aired in 1988 as 2018. Its chief innovation, seemingly, is that Tom Selleck’s successor, Jay Hernandez, is clean-shaven. (The original ‘stache can still be found on display with its owner on CBS’s “Blue Bloods.”)

The popularity of Re TV may partly be a sign of TV’s maturing. After some 70 years as a commercial medium, it has a body of texts that can be revisited, reattempted, remixed or responded to.

But history can be both a spur and a burden. CBS All Access, for instance, is rebooting “The Twilight Zone,” which has already had two unmemorable relaunches.

And you could argue that we have another “Twilight Zone” already; it’s just called “Black Mirror.” Would Charlie Brooker’s travelogue of social-media hell be just as powerful had it launched with the title “The Twilight Zone: Cyber”? Or would it have been constrained by the obligation to call back and pay homage to the original?

Then again, I’m not going to bet sight unseen against Jordan Peele, one of the new “Twilight Zone” producers, whose “Get Out” had its own Serlingesque allegorical creepiness. If Mr. Peele and company can use the “Twilight Zone” mantle as a cover to smuggle onto TV something just as stunning and full of voice, I won’t complain about being fed leftovers.

In the end, nostalgia is like any other genre. You can only judge so much from a title and a premise, because it comes down to ideas and execution. Not all Re TV is (re)created equal.