We Were Strangers: Stories Inspired By Unknown Pleasures – review 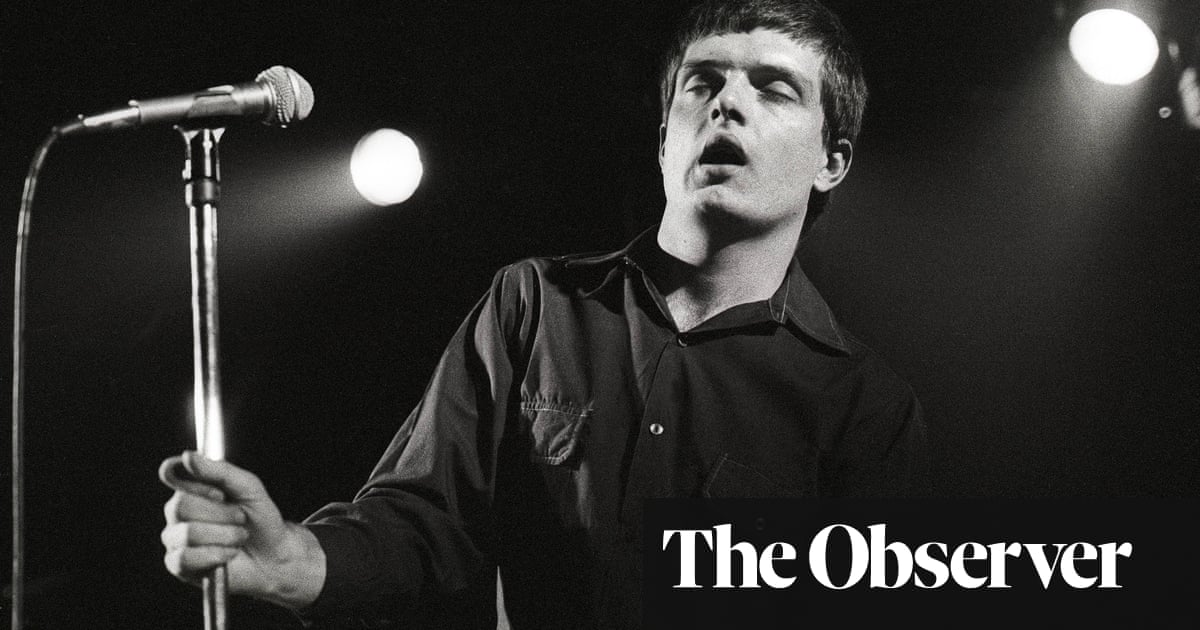 In his considered and heartfelt introduction to We Were Strangers, an anthology of newly commissioned short stories named after the 10 tracks on Joy Division’s debut album Unknown Pleasures, Richard V Hirst describes how Joy Division became “the means by which some dark energy first took hold of the listening consciousness”. This dark energy, entangled with the myth of Joy Division, and the suicide 38 years ago of their lead singer Ian Curtis, continues to endure and inspire, and this book is potent testament to that.

Fittingly and beautifully designed by Zoë McLean, with a nod to the original album cover, this matt-black bound collection is likely to be desired by every Joy Division fan. But for those readers who aren’t familiar with the band, these stories exist boldly in their own right – from the speculative to the ruminative, from the dystopian to the absurdly humorous.

United by some kinetic force from long ago, these stories are achingly modern and fully embrace contemporary anxieties

Wilderness by Eley Williams, wonderfully conceived and written, examines the obsessive life of a non-gendered ice resurfacer: “I re-buff things for a living and gloss things over.” Concerned about becoming snowblind, and bemused as to why anybody would bother to watch professional ice skating, Williams’s malevolent protagonist exhibits a hatred for all those who mess up the pristine ice, likening it to “watching someone scratch a lens”. A visit to the zoo leads the ice resurfacer to make contact with a balloon seller, and the outcome feels like a twisted scene straight out of David Lean’s Brief Encounter.

Ian Curtis’s well documented experiences of epilepsy informed his world and his words. In Zoe Lambert’s She’s Lost Control, we meet a 19-year-old living with epilepsy, permanently wearing a protective leather helmet on her Woman’s Own-reading mother’s insistence. It perfectly evokes the youthful struggles and contradictions of yearning to belong, but longing to escape. More parental ties exist elsewhere in the finely tuned Day of the Lords by Jenn Ashworth, where the agonies and responsibilities of being a stepfather are felt keenly.

Many of the stories explore the spaces we inhabit. Sophie Mackintosh’s New Dawn Fades teases us with revelations just out of reach, in an elegant mystery involving a computer and a map. The main character in Insight, by David Gaffney, lives alone in Ian Curtis’s former house in Macclesfield and becomes intrigued to find out why a local man is obsessed with owning the entire row of nearby garages. His ultimate discovery is something unexpectedly thought-provoking and moving. In Interzone, Louise Marr’s unsettling, atmospheric first published story, we find a former waitress “weightless” in the corridors of a corporate building, a bemused stranger to the demands of town planning, testing the limits of the city that grows up around her.

Toby Litt’s Shadowplay skilfully imagines the displacement of a person: “He came out into an atrium. Corridors radiated from it in a way that gave him a delicious vertigo.” The lead character wonders if he is actually in a game, and the varied emotions he has access to are not necessarily authentic, but chillingly “projected for him in alphabetical order”.

Feelings of being trapped abound as the authors grapple with different ways of being human – or not. We find ourselves within an ominous factory in the haunting and disturbing Candidate by Jessie Greengrass, in which identity is to the fore: “Only those who are born here have such thin fingers.”

Body horror is on show in Anne Billson’s I Remember Nothing, a full-on human fight for survival and a seductive pull towards transformation. Destabilising, terrifying and clever, the story delivers a smile as we descend, forced to face what lurks under the bed, tapping into primordial, infantile fears. There is something young and familiar, like an echo from the past, in Nicholas Royle’s hypnotic, internal monologue Disorder, though it’s hard to know exactly why until a footnote at the end reveals all.

United by some unleashed kinetic force from long ago, these collected stories are achingly modern and fully embrace contemporary anxieties and preoccupations. They confront us with intense feelings and show us places we may not always wish to be, but – just like Joy Division themselves – they have the collective power to stay firmly rooted in our minds.

• Writer-director Carol Morley’s new film, Out of Blue, is out next year and premieres at next month’s Toronto film festival. We Were Strangers, edited by Richard V Hirst, is published by Confingo (£12.99)